BNS
aA
Lithuania's ruling coalition has postponed a decision on cutting value-added tax (VAT) on basic food products until after the Finance Ministry estimates the measure's impact of public finances. 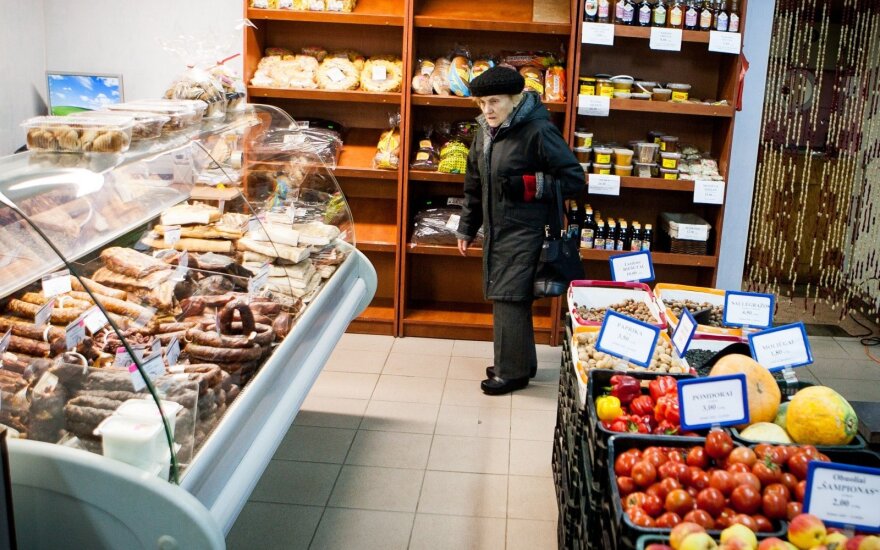 “All parties have agreed that this is a very important issue and that we should consider it further and look for solutions. We’ve asked the Finance Ministry to provide estimates, forecasts and all options [for lowering the VAT rate] available. Once we have the conclusions, justifications and proposals from experts and the ministry, we will continue discussing this issue from all angles. Simultaneously, we’ll also assess the necessity of increasing the tax-free income threshold,” Valentinas Mazuronis, leader of the Labour Party that is part of the ruling coalition, told reporters after the political council meeting on Friday.

A bill is making its way through the Lithuanian parliament to cut VAT rate for basic food products from 21% to 5%. Supporters of the bill say it would help reduce food prices and ease the burden on low-earners.

Rolandas Paksas, leader of the Order and Justice party, says that VAT exemptions should also apply to other necessities. To compensate for the lost tax revenue, the state could introduce higher VAT on luxury goods, such as expensive cars, Paksas believes.

Prime Minister Algirdas Butkevičius reiterated that discussions on lowering the VAT rate would continue after the release of macroeconomic data for the first quarter. He added that the VAT could be reduced and the tax-exempt income threshold could be raised in 2017 at the earliest.

However, the prime minister says that competition from Polish produce makes it necessary to first decide whether or not to cut VAT rate on fresh meat.

“First of all, it’s necessary to address the issue of fresh and chilled meat so as to make it possible to take it out from marketplaces, which are mostly selling Polish meat… Of course, we can’t ignore what’s going on in Poland. For example, we can’t tolerate the current situation where live pigs are transported to Poland where they are slaughtered and meat is then transported to Lithuania,” Butkevičius said.

Prime minister says that the VAT rate could be reduced in increments over a period of three years.

“Perhaps it might be possible to implement a three-year reduction program,” he told reporters.

The current standard VAT rate in Lithuania is 21%. Reduced 5% VAT rate applies to some medication and 9% VAT to heating, passenger transport, books, periodicals and hotel services.

Finance Minister Rimantas Šadžius said he did not support VAT cuts, saying lower taxes would not drive food priced down.

“I’ve repeatedly expressed my personal opinion about the value-added tax on food products, that, given the prices of foods and the existing deflationary trends, it does not look that the lowering of VAT rate would bring those prices down. This means that we won’t collect that money into the budget and the question is who will share it – how much will go to traders, intermediaries, and how much to producers,” Rimantas Šadžius told reporters after the government’s meeting on Friday.

When making decisions, it was necessary to make sure that they would not ruin public finances, the minister said.

“They should only be considered if there are guarantees that the decisions made won’t ruin financial stability, which is the basis for building our budget. If there’s no stability in public finances, then we can forget all reforms,” Šadžius said.

The currently existing value-added tax (VAT) of 21 percent can stand to be reduced, believes Prime...

A reduced value-added tax (VAT) rate should apply to basic food products, according to a new bill...