aA
Danish Chamber of Commerce in Lithuania has gone through some changes. 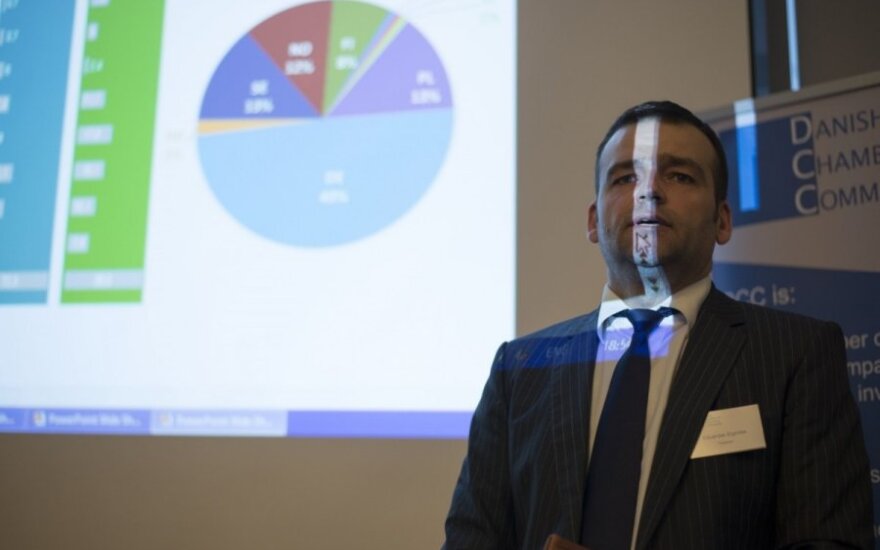 The Association Danish Chamber of Commerce (DCC) is a non-profit membership organisation. It serves more than 100 companies of various sizes and industries in Lithuania and Denmark.

On March 26, at the DCC Annual General Meeting at the Danish Embassy in Vilnius, it was announced that the organization’s activities have also developed over the years, as a result of it expanding and new companies joining its ranks.

During the AGM, DCC members had the opportunity to network and reflect on 2014.

Members also had the chance to see how the organisation had changed internally, and how the changes reflected its external image.

During the meeting, the DCC unveiled a new logo and brand identity, which is intended to better reflect the unique and innovative Danish-Lithuanian business community.

The new image demonstrates the DCC’s objective, which has been integrated into a comprehensive new website.

The DCC’s new appearance focuses on the values, which matter most to the Danish business community in Lithuania: innovation, collective action and tight communication between the two parties.

The DCC’s logo was created by brand developers “posi studio” whose design ethos is heavily influences by Scandinavian design – it features a square that is not fully closed, and is intended to reflect the chamber as an icon of community, which is open to new members, new ideas, and new initiatives.

The new logo and website is a part of communication strategy, which is led by the DCC’s board and staff.