BNS
aA
The Lithuanian parliament's Committee on Budget and Finance, which has investigated the circumstances surrounding the 2009 financial crisis, is proposing to the government to consider a possibility to establish a commercial state bank. 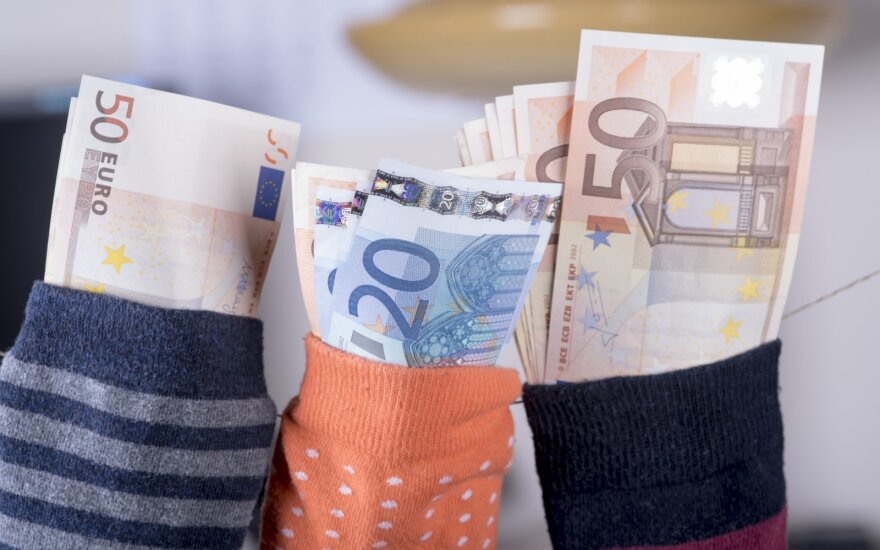 The committee voted for such recommendations on Thursday when it endorsed its investigation's final conclusion that needs to be put before the Seimas by the end of October. The crisis investigators have worked for 18 months.

"As regards the state bank, so it should definitely evolve into some action and laws. (…) That action should already be ongoing as we see a problem with financial services in the regions. That's one of the solution that will be implemented," Valius Azuolas, the committee chair, told a press conference at the Seimas on Thursday.

But they decided against asking President Gitanas Nauseda to assess the behavior of the Bank of Lithuania's top officials and also asking the prosecutor general to launch an investigation into whether the central bank's management breached the law when then it refused to cooperate with the probe.

The committee also recommends that the prosecutor general look into the government's 2009- 2012 borrowing decisions that allegedly caused 2.1 billion euros in damage to the state, as well as the issuance of loans with interests as high as 8 percent to the country's social insurance fund SoDra, thus discrediting it and significantly reducing the purchasing power of retirement pensions.

It also wants prosecutors to investigate commercial banks' role in triggering the crisis and their use of the VILIBOR rate, and the central bank's alleged failure to properly supervise commercial banks.

In April, the Lithuanian government asked prosecutors to assess the work of financial supervision institutions during the 2009-2010 crisis, including VILIBOR rate violations. Prosecutors decided in August to reject the request to defend the public interest, citing a lack of evidence that the financial institutions supervising commercial banks breached any law.

The committee calls on the government to set up a supervisory body that would be independent of the central bank and funded through financial institutions' contributions. The move is expected to help enhance consumer protection.

It also recommends taking steps to reduce the financial system's dependence on decisions by several parent banks, especially if they are from a single country.

The proposal to establish a state-capital regional bank was on the ruling Lithuanian Famers and Greens Union's 2016 election agenda. They proposed setting up such a bank on the basis of Lietuvos Pastas (Lithuanian Post), but no action has been taken so far to implement the idea.

There have been previous considerations on establishing a state bank but they never materialized.

The last state-run bank, Zemes Ukio Bankas, was privatized in 2002 and was bought by German bank Nord LB. A year before that, Lietuvos Taupomasis Bankas was acquired by Estonia's Hansabank.

The Lithuanian parliament overrode on Thursday a presidential veto on its decision to add two road...