BNS
aA
The coronavirus outbreak in China is already affecting the logistics business in Lithuania as the number of transit flights over Lithuania is already down since a number of global airlines have suspended flights to China. 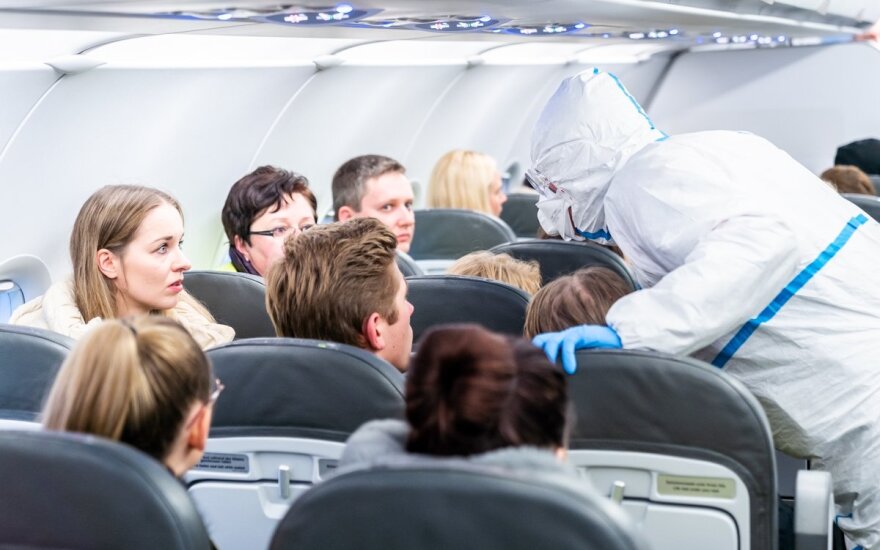 Meanwhile, the delivery of postal parcels from China to Lithuania might be disrupted as many logistics centers and production companies have stopped operating in China.

Lithuania's flight management company Oro Navigacija estimates its revenue from transit flights to China will drop but it should not have major impact on the company's operations.

"It's hard to estimate exactly how much the company will lose in revenue. It will depend on how fast the coronavirus challenge will be put under control and for how long airlines will cancel flights to China," Vytautas Beniusis, head of communication at Oro Navgacija, told BNS.

In January, the company serviced 640 transit flights via Lithuania to China and back, down 6 percent from the same period last year. The number dropped 43 percent in the first days of February.

The company receives around 170 euros on average for one flight in its airspace from Europe to China.

Transit flights make around 75 percent of Oro Navigacija's serviced flights and the company receives around 21 million euros a year for them, o around 70 percent of its total revenue. Flights to China make around 4-6 percent of all flights via Lithuania daily.

Vaida Budriene, head of the corporate affairs department at Lietuvos Pastas (Lithuanian Post), says parcels from China have so far been received without disruptions but their delivery might be disrupted from China's areas where many logistics centers and production companies are not working.

"We have not recorded any disruptions, we receive parcels. But seeing the whole situation and the way things are evolving, we assume parcel delivery from China might be disrupted. Electronic shops accept orders but there are no people to pack, send, produce. Disruption might be possible in this part," Budriene told BNS.

Shipments from China made 64 percent of all parcels going via Lietuvos Pastas.

Meanwhile, parcel delivery company DPD Lietuva says the majority of Chinese electronic shops have storage facilities in Europe, therefore, no major disruptions are expected. But problems might arise in the future, if movement in China is restricted.

"We still sell the remaining stock, and the suspended production facilities are not causing any problems in the short-term yet, but if the crisis continues and China is closed and isolated in terms of the movement of goods and people for a longer period, traders would feel it first and then we follow as intermediaries," Tomas Maisvila, the company’s head of communication, told BNS.