Contribution of volunteers to the budget of Lithuania - even 7.4%

EN.DELFI
aA
Celebrating the International Volunteer Day we are pleased to announce that more people in Lithuania are dedicating their time for volunteering. Congratulations to every citizen for such a conscious choice, which adds value to the various non-profit organizations, raises the social capital of the individual, and also contributes to the state budget, a press release from the Non-Governmental Organizations Information and Support Centre states. 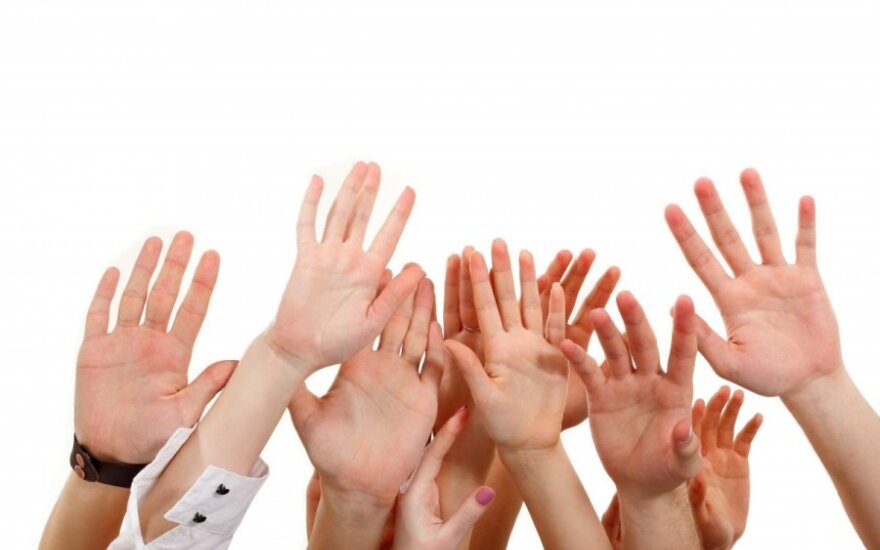 "It is time to really rejoice that the volunteering activity in Lithuania is growing every year - according to the poll, which was conducted according to our order by VILMORUS, about 27% of the population (previously (16%) and now (11%)) participate in voluntary activities. Compared to the corresponding figures for the year 2012, the participation in voluntary activities increased from 18% to 27%. According to preliminary estimates, such number of people creates over 1% of Gross domestic product (GDP) or it equals to 7.4% of contribution to this year's State budget," says Martin Žaltauskas, director of the Non-Governmental Organizations Information and Support Centre.

Related articles
Lithuania ranks 137 out of 139 nations in CAF World Giving Index
If not me, then who? Cleveland’s Lithuanians Plant 100 Birch Trees for Lithuania

Comparing Lithuania's situation in the European Union, according to the EUROSTAT and EUROBAROMETER data, Lithuania is in the average according to all European Union countries. Leading positions are taken by developed countries such as the Netherlands, Denmark, the United Kingdom, Sweden, Finland and several others. In Scandinavian counties, more than a third, and in Norway almost half of the total population is volunteering, therefore in Lithuania it is necessary to encourage volunteering and strengthen the sector of non-governmental organizations, which is the core base of volunteering.

International Volunteer HQ (IVHQ), an organization operating in more than 45 countries, at the moment is seeking to pay attention to the contribution of volunteers to tackling migrant and refugee crisis issues. IVHQ has placed more than 85,000 volunteers all around the world on a variety of projects, ranging from elderly and special needs care, education, wildlife, environmental conservation, construction and renovation, medical care, community development and social enterprise, and more. According to United Nations High Commissioner for Refugees (UNHCR), there are more than 65.3 million forcibly-displaced people in the world who have forcibly left their homes due to war or human rights violations.

The importance of volunteering and volunteers' contribution to the country's GDP will also be discussed at the open discussion on 7 December in the Parliament of the Republic of Lithuania.

If not me, then who? Cleveland’s Lithuanians Plant 100 Birch Trees for Lithuania 107

If not me, then who? A question 50 Lithuanian- Americans asked themselves as they volunteered to plant...

Twice as many people in Lithuania volunteer for papal visit

Over 1,700 people expressed their wish by the middle of July to volunteer during the upcoming papal...