BNS
aA
Officials from the German auto-parts giant Continental, which on Monday announced plans to build in a new factory in Kaunas, wanted to know if people in Lithuania's second-biggest city are tolerant toward foreigners and inquired about the situation with kindergartens in the region, a former Lithuanian economy minister who held talks with the German investors said. 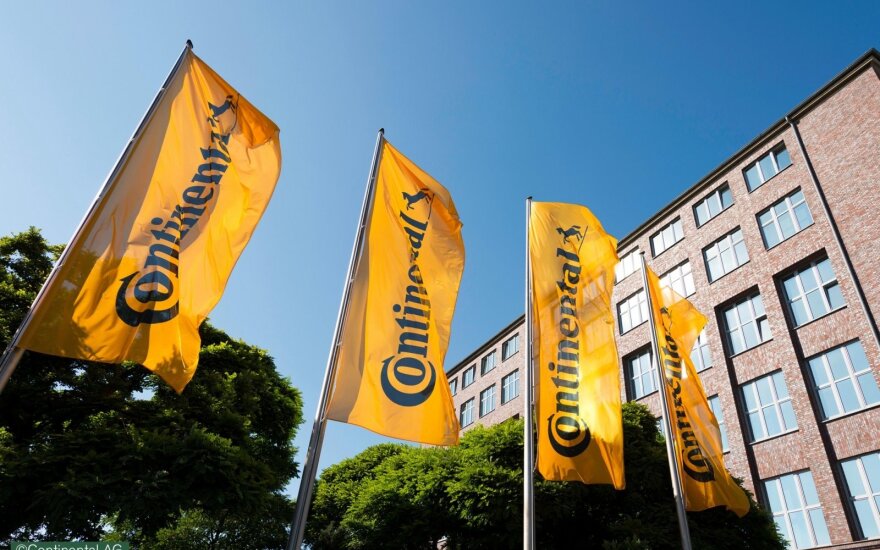 "I met with the company's representatives during my trip to the Hanover trade fair in Germany (in late April) and had to answer many questions, from very ordinary ones to questions, for example, about what the attitude of people in Kaunas would be if specialists from Mexico came to work at the company, if there is a multicultural approach and whether these employees might receive a negative reaction," Mindaugas Sinkevičius, who has recently stepped down as economy minister, told BNS.

According to Sinkevičius, it was at last spring's Hanover Messe that Continental made it clear that it had chosen Lithuania and another unnamed EU country as a potential location.

The Germans were also interested in the tax environment and the state's future vision.

"They were interested in the tax environment and in what commitments we could make, in employee retraining possibilities and in what tax incentives we could offer," Sinkevičius said.

"They also asked us about how we projected our country for 20 years into the future. They said they did not want to make any mistakes, because they are coming here for at least 20 years," he said.

The former minister admits that Kaunas may face a shortage of engineering specialists after Continental, Hella and Hollister have decided to invest in the region, but he hopes that educational institutions will be able to produce enough graduates to meet the market demand.

Continental on Monday announced plans to invest 95 million euros in a new factory in the district of Kaunas and to create around 1,000 new jobs. The project will be one of the biggest greenfield investments in Lithuanian history.

As part of its strategy of strengthening manufacturing capacities in Europe, the technology company...

Lithuania's Social Democratic Economy Minister Mindaugas Sinkevičius will remain in his post for...

Genus AI , the artificial intelligence company that enables businesses to interact with their...

Girteka Logistics may be Lithuania's best-kept secret, at least inside its home country. By far the...

PM off to Šiauliai to view Swedish investments