Media Briefing
aA
While we are being taught to purchase gifts as early as possible and the late November Black Friday should help in distributing holiday shopper numbers, many of us still leave Christmas shopping to the last minute. Retailers interviewed by lrt.lt have observed this and note that they even hire extra staff for the Christmas period and change work schedules just so they can service the influx of customers, lrt.lt writes. 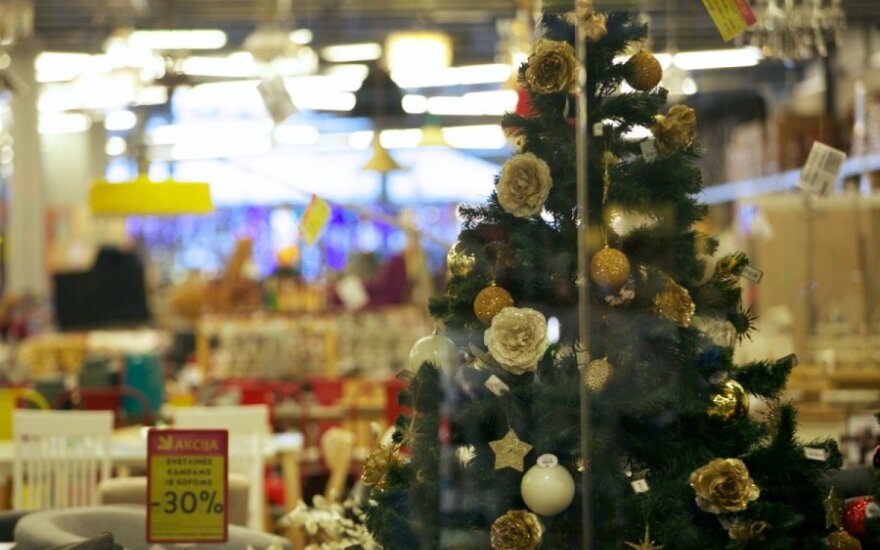 While many a Lithuanian may be outraged by Christmas advertising already in October, IKEA head of marketing to the Baltic States Kristina Mažeikytė notes that the retail chain starts Christmas sales at this time across the world in order to give customers more time to plan their purchases and prepare for the holidays.

Retailers admit that Black Friday, which is held throughout the last weekend of November is the official start of Christmas sales and at that point customer influx is distributed between it and prior to the holidays. With Lithuanians discovering Black Friday sales, this year's Black Friday was record breaking for many of Lithuania's retailers, Topo Centras head of marketing Raimonda Gudaitė notes, with various goods selling several times more than in prior years.

Related articles
Can a Christmas tree send a social message? It can in Vilnius
Our throwaway culture and how to save our children from it

More staff during the holidays

Akropolis Group Communications Department head Dominykas Mertinas notes that customer numbers rise already in the second half of November, however the last week before the holidays and especially the last few days are especially active. He notes that to cope with this influx, during the Christmas period shops hire temporary staff and change work schedules to ensure that they would be available when customer numbers are highest. Also, stores make sure to stock up on extra goods.

From the shopping mall's end, D. Mertinas points out that the focus is on ensuring efficient management of traffic flows and the maintenance of public areas.

IKEA and Topo Centras also note the need for higher staff numbers for the holiday season. R. Gudaitė points out that the Topo Centras chain expands its staff by ten percent for Christmas. Furthermore, the electronics retail chain has a tradition of asking its office staff to also work in the stores for at least one day. Finally, she points out that self-service checkouts are gradually making their way into the chain as well.

Can a Christmas tree send a social message? It can in Vilnius

A Christmas tree unveiled in Vilnius this week looks nothing like the shiny decorated trees usually...

Our throwaway culture and how to save our children from it

Christmas is one of the most wasteful times of the year. There is no better way to spend your...

Streets decorated with Christmas lights, sounds of Christmas music in supermarkets or offices...

Lithuanians is the only nation who preserved such a unique and symbolic baked treat as kūčiukai,...

They say that the grass is always greener on the other side. What about Christmas trees? This time,...

On Saturday, the most interesting Christmas tree in Lithuania was lit up in Rokiškis. The festive...