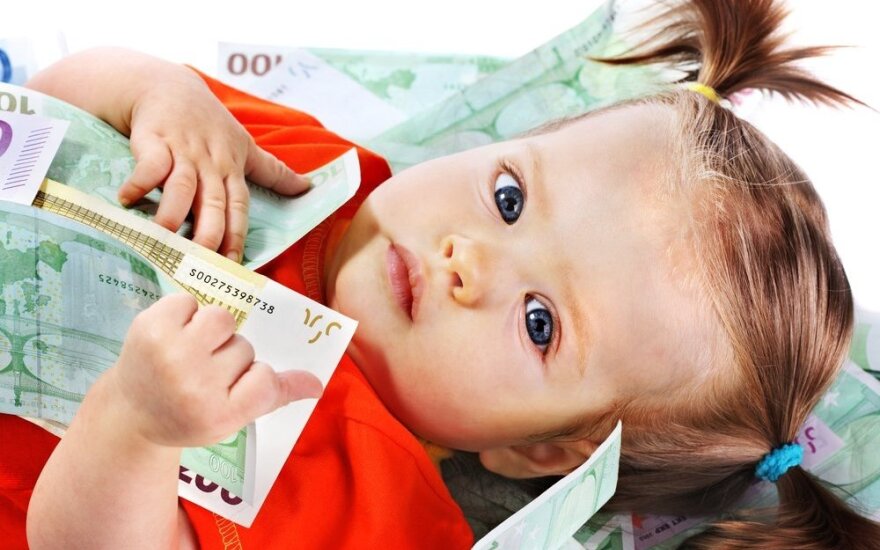 According to data provided by Tomilinas of the ruling Lithuanian Farmers and Greens Union, around 36.7 million euros will have been transferred over the first quarter of 2018, as compared with 21.6 million euros that was paid to parents in the form of additional tax deduction over the same period last year.

Respectively, the number of children benefiting from the target money went up from 240,000 in January-March of 2017 to 396,000 in the same period of this year.

"Even we did not expect this kind of success – the number of children whose parents will receive the target money from the state is impressive and is still growing," said Tomilinas.

Data provided by the Social Security and Labor Ministry suggests that nearly 307,000 applications for the so-called child money were filed in the first quarter of this year, with money to be transferred for 396,000 children by the applications.

Starting January, children in Lithuania are earmarked 30 euros on a monthly basis, replacing the income tax deduction, which used to allow employed parents to redeem up to 30 euros per month for every child.

Parents with low salaries or multiple children will be granted additional benefits, i.e., 58.5 euros for every child under the age of two and 45.2 euros for older children.

Lithuanity today: will we vanish or will we survive