BNS
aA
Lithuania has further tightened checks of foreign truck drivers and, starting from Thursday, will refuse entry for drivers running a fever or displaying other coronavirus symptoms. 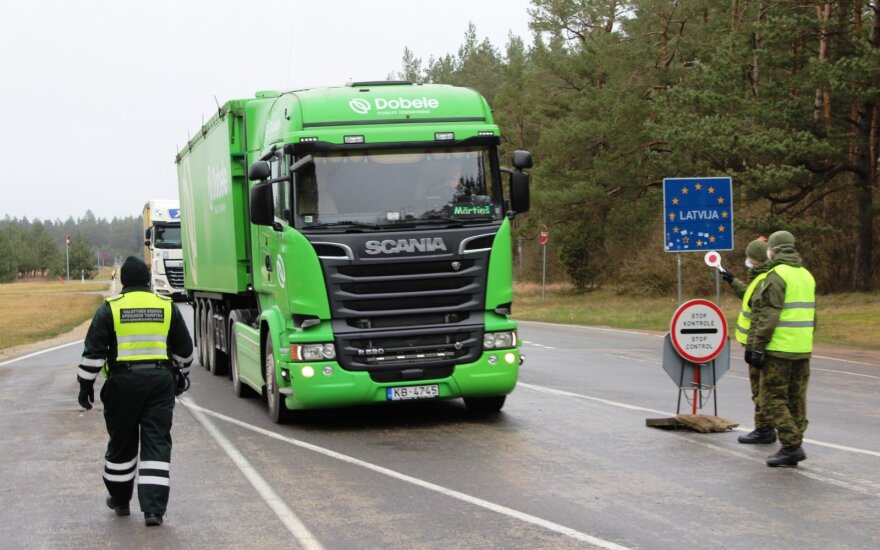 The procedure authorizing border guards to bar entry into Lithuania by such drivers was adopted by the government on Wednesday and came into force on Thursday, Giedrius Misutis, spokesman for Lithuania's State Border Guard Service, confirmed.

Public health specialists had been checking drivers’ health at border checkpoints and, in case of suspicion, barring entry since the beginning of the lockdown, he said.

On Wednesday, the government adopted a more stringent wording of the requirement to bar entry by such drivers.

“The government’s decision makes it imperative to bar entry by such foreigners,” Misutis said.

The lines of trucks at the border should not get any longer due to the new procedure, the spokesman said.

“There are no reasons for the queues to get any longer. The flows have decreased, for instance, there were no drivers barred exit from Lithuania yesterday and the day before yesterday and only six persons barred entry due to problems with documents,” Misutis explained.

Mecislavas Atroskevicius, secretary general of LINAVA, the Lithuanian national association of road carriers, agreed that the stepped-up checks should not lead to queues of trucks at border checkpoints, as was the case at the border with Poland at the beginning of lockdown.

“As far as I know, the queues weren’t caused by temperature checks as it now takes approximately 10–15 seconds to measure body temperature,” he said.

Lithuania's government on Sunday decided to allow foreigners to cross the country in transit until...

On Friday morning, there were 999 confirmed coronavirus cases in Lithuania since the outbreak. On...

Government working on four-point plan on easing of coronavirus lockdown

The Lithuanian Government should next week unveil a preliminary four-point plan detailing the...

22 people have died of coronavirus in Lithuania so far and 54 people have recovered, based on the...