BNS
aA
Partially untreated wastewater from Grigeo's cardboard factory in Klaipeda was released into the Curonian Lagoon though an emergency pipe, the paper and wood industry group's president and biggest shareholder said on Thursday. 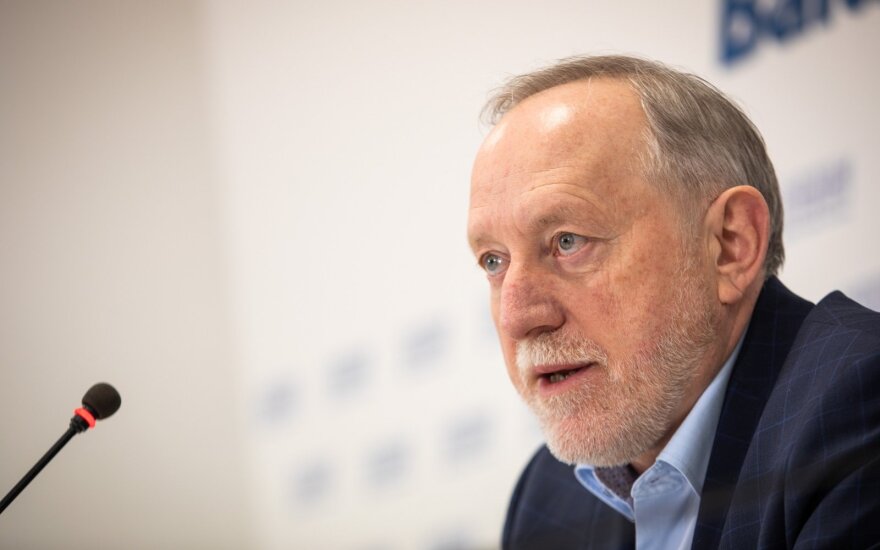 According to Gintautas Pangonis, some wastewater was released into the lagoon at Dumpiai, a village in the district of Klaipeda, after mechanical treatment, but prior to biological treatment.

"No 100 percent untreated wastewater reached the lagoon," he said at a news conference.

The group's president said he did not know yet how much biologically untreated wastewater had been discharged.

He admitted that Grigeo Klaipeda "is legally liable for the environmental damage".

Pangonis publicly apologized for the incident and said Grigeo had set up a fund to clean the Curonian Lagoon.

"Today I'm here to apologize for what happened at Grigeo Klaipeda, what was done to Curonian Lagoon, the city (of Klaipeda) and Lithuania. This is unacceptable; we don't tolerate that," the president said.

"My colleagues and I will do our best to prevent this from happening again and to repair the damage as soon as possible. We will bring in Lithuanian and international experts for this purpose," he said.

According to Pangonis, he was unaware that the emergency pipe was being used for discharging wastewater.

He added that he did not know how long the pipe had been used for this purpose.

People responsible for wastewater management at Grigeo Klaipeda were suspended on Thursday. The subsidiary company's CEO stays in his post, because he took over only five weeks ago and, based on preliminary information, was not aware of the unlawful practice, according to the group's president.

Prosecutors in the port city said on Tuesday they had launched an investigation on suspicions that Grigeo Klaipeda had been discharging untreated wastewater into the Curonian Lagoon through a special pipe, causing tens of millions of euros' worth of damage to the environment.

Pangonis said on Thursday there was no special "pipe bypassing wastewater treatment facilities".

Trading in Grigeo shares, quoted on the blue-chip Main List of the Vilnius stock exchange, was suspended on Tuesday and has since not been resumed.

Pangonis said on Tuesday that the pollution could have been due to a one-off technical problem rather than intentional activity.

He admitted on Thursday that that he had been mistaken.