BNS
aA
Vitas Vasiliauskas, board chairman of the central Bank of Lithuania, has refrained to assess the ruling party's failed bit to adopt a parliamentary resolution on no-confidence in him, saying that the central bank will continue cooperation with the Seimas and other government institutions.
Sekite svarbiausias naujienas socialiniuose tinkluose! 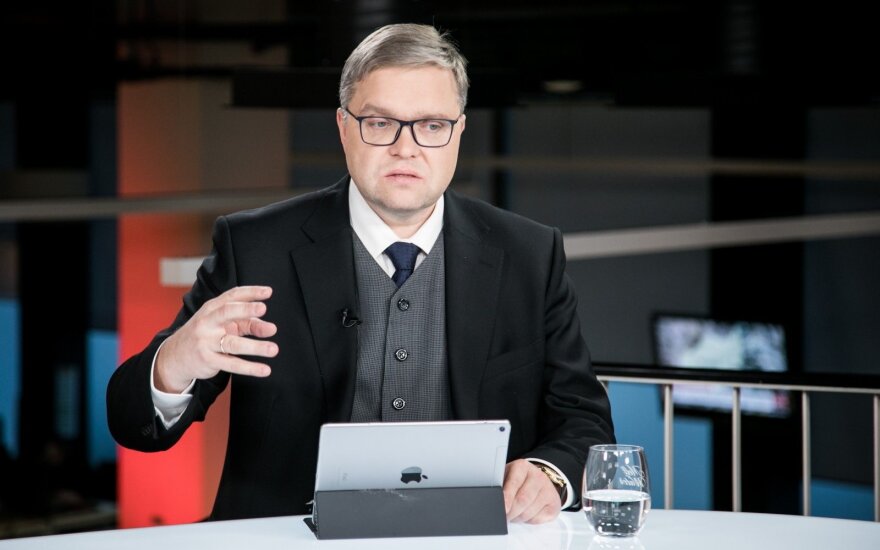 "This is, I think, a political process, move, well, emotions probably and that's all. As much as I am familiar with the Statute of the Seimas, the Seimas has the right to adopt different resolutions, and the question is only on the legal consequences of resolutions. (…) I don't assess it in any way. All sorts of discussions take place in the Seimas," Vasiliauskas told journalists on Tuesday, adding that the Bank of Lithuania will continue cooperating with the Seimas.

The central banker also underlined that the extracts of his emails and statements to the central bank's staff, published by Stasys Jakeliunas, chairman of the parliamentary Committee and Budget and Finance, and allegedly damaging the Seimas' reputation and discrediting the central bank, are "extracts taken out of context and accordingly interpreted".

"Those phrases, they are, … I said what I think but they were definitely not meant for the legislature specifically but just for processes whose goal is to look into the future. (…). We are creators, not destroyers. That was the essence," Vasiliauskas said.

In his words, the discussion should focus not on the form of specific statements but on the contents and what should be done to improve Lithuania's financial sector.

The Lithuanian parliament did not pass a resolution expressing no-confidence in the central bank...