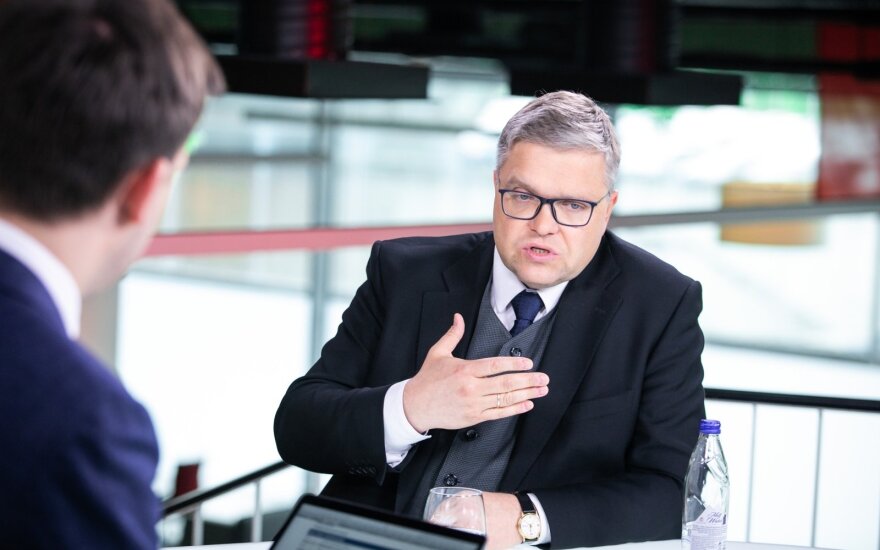 "If we speak about specialized bank licenses, so we still have the same number of them, four, in process, if I'm not mistaken. We also have an additional number of interested parties. As far as it has to do with e-money institutions and payment institutions, so I would say the peak time is already in the past. I believe those internal discussions unfortunately, had their role. It’s not bad. I am a realist and, let's say, we are not interested in empty companies that just want to get a license," Vasiliauskas told journalists on Friday.

"We aimed at big names. And now we see "small fish" left, and they will probably build some muscle over time. But the interest of big names is over. And that's all. In my opinion, the effect of purposeful work of the past two years is weakening," the central banker said.

He also underlined that the Bank of Lithuania is interested in attracting companies creating real value to Lithuania.

He refrained from commenting on plans by the UK fintech startup Revolut, having a specialized bank's license issued by the Bank of Lithuania, to seek an e-money license in Ireland.

"They could probably comment on that better. It’s just a business decision and that's all. But the internal discussions, with no doubt, contribute. I would do the same in their place," Vasiliauskas said.

It was reported in May that a Lithuanian government commission looking into strategic companies' transactions would launch a new review into Revolut's credibility. It will be a third review already, despite the first two concluding that Revolut does not pose any threat to national security.

Revolut Bank was issued a specialized bank license by the European Central Bank in December upon consent of the Bank of Lithuania.

As a money laundering scandal has involved at least several banks operating in the Baltic states,...