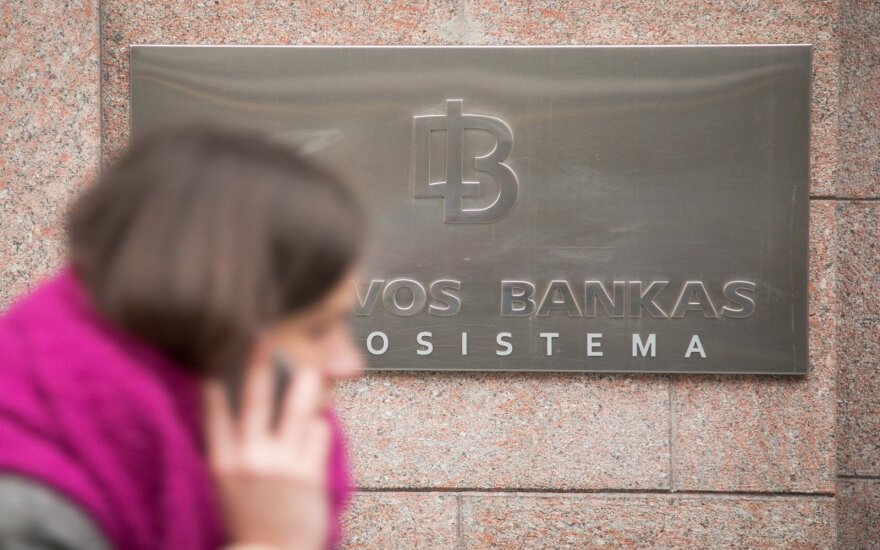 The country’s financial system is subject to two key risks: financial imbalances in the Nordic states that Lithuania’s banks are interconnected with and stronger activity in Lithuania’s credit and real estate (RE) market.

Banks are increasingly more willing to grant loans to households, even though corporate lending has slowed down. Such trends are revealed in the latest Financial Stability Review of the Bank of Lithuania.

“Although we can observe certain risks to our financial system, their overall level is significantly lower compared to the pre-crisis period before 2008, while the country’s financial system is better positioned to withstand potential shocks. Growing bank lending is not outpacing Lithuania’s economic growth, thus the debt creates no burden on the economy.

Yet at the same time, wage growth has led to improving household sentiment, rising borrowing rates and RE market activity. Macroprudential measures implemented by the Bank of Lithuania have been strengthening the financial market resilience and holding back the credit market. However, both RE enterprises and residents should remain level-headed and remember that the current economic upturn will sooner or later be followed by a slowdown,” said Vitas Vasiliauskas, Chairman of the Board of the Bank of Lithuania.

In 2018, the rate of housing transactions per capita reached the highest level since the restoration of Lithuania’s independence. With a pickup in housing demand, the supply has been rising as well. Currently, the number of housing units built is higher than that observed in 2008. 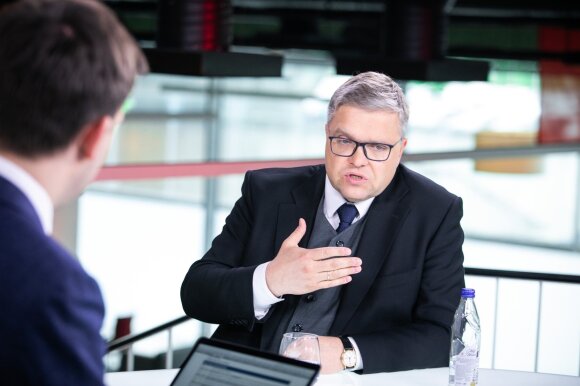 On the other hand, the growing housing supply and the increased number of unsold apartments have been preventing the excessive annual growth of house prices which currently stands at 7.4%.

Although in recent years the role of credit in the housing market has become significantly more prominent, it is substantially lower than before the onset of the 2008 crisis. The share of housing bought with loans currently amounts to roughly 40% (compared to 70% a decade ago). Moreover, the indebtedness level of construction enterprises and RE developers has considerably declined compared to 2007-2008.

Nevertheless, experts of the Bank of Lithuania have drawn attention to certain features indicating that after a favourable period the financial position of construction enterprises has started deteriorating, while potential unexpected decline in RE market activity might weaken it even more.

In 2018, the share of non-performing loans granted to construction enterprises has increased from 14.5% to 17.2% and was the largest among all major branches of the Lithuanian economy. In addition, after a prolonged period, the share of construction enterprises facing financial difficulties increased from 14.3% to 15.0% over the year, although continued to decline in other sectors. In recent years, given the rise in housing supply, the number of unsold new-build apartments in Vilnius and Kaunas has grown significantly.

Lithuania’s financial system is dominated by Nordic banks. Therefore, according to the Bank of Lithuania, the rise in house prices and high household indebtedness in this region constitute key risks to the country’s financial system. Although growth in the Swedish housing market has moderated, the deteriorated international environment and threats to the reputation of Nordic banks posed by money-laundering scandals may weigh on the activities of the region’s banking groups. 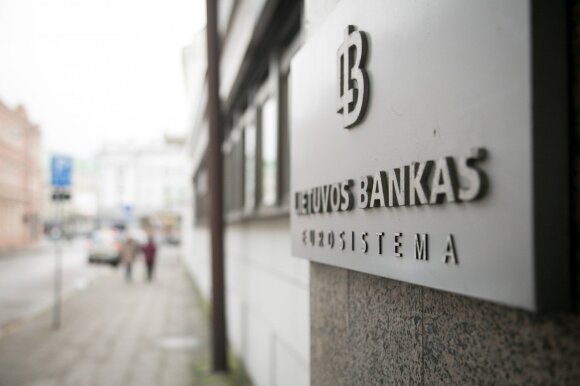 While funding costs followed an upward trend, Nordic banks’ share prices have significantly dropped. Vitas Vasiliauskas has noted a positive change – Lithuania’s banks steadily become less dependent on their Nordic parent banks: at the end of 2018, financing provided by the parent banks accounted for 10% of their total balance sheet, a year on year decrease of 3 percentage points. This is far below the share observed a decade ago, when it stood over 40%. Stress testing has shown that banks operating in Lithuania would be able to withstand a major economic downturn. Even in the event of a particularly strong economic shock (a 6% decline in the country’s GDP and a 22% drop in RE prices), Lithuania’s banks would remain solvent, outperforming the minimum requirements.

“The Lithuanian banking sector remains profitable and resilient to external shocks, outpacing the majority of EU banks by key financial performance indicators. However, with market participants merging or leaving the market, bank concentration has further increased to become one of the highest across Europe. This has expanded banks’ capacity to choose their clients, which contributed to an increase in interest rates on new household and corporate loans. However, even with higher interest rates, banks remain generous in granting housing loans, yet less likely to provide lending to companies which, in turn, are looking for other funding sources. We hope that the recent structural changes in the banking sector will settle, while new fintech companies and specialised banks will boost competition and bring benefits to consumers,” said Vitas Vasiliauskas.

In 2018, in view of the potential risk related to active lending and an upturn in the financial cycle, the Bank of Lithuania has decided to reinforce the resilience of the banking sector and increase the countercyclical buffer rate from 0.5% to 1% which will come into effect on 30 June 2019.

The countercyclical capital buffer of banks operating in Lithuania accounts for €65 million and will be doubled as of 30 June 2019. The Financial Stability Review is published by the Bank of Lithuania on an annual basis. Its purpose is to assess potential risks to Lithuania’s financial system and identify possibilities to withstand them.

The financial market's new participants' interest in Lithuania has cooled, the head of the country's...