BNS
aA
Fifty-one percent of Lithuanians use their bank card more frequently than cash to pay for goods and services, a survey commissioned by Swedbank has found.
Sekite svarbiausias naujienas socialiniuose tinkluose! 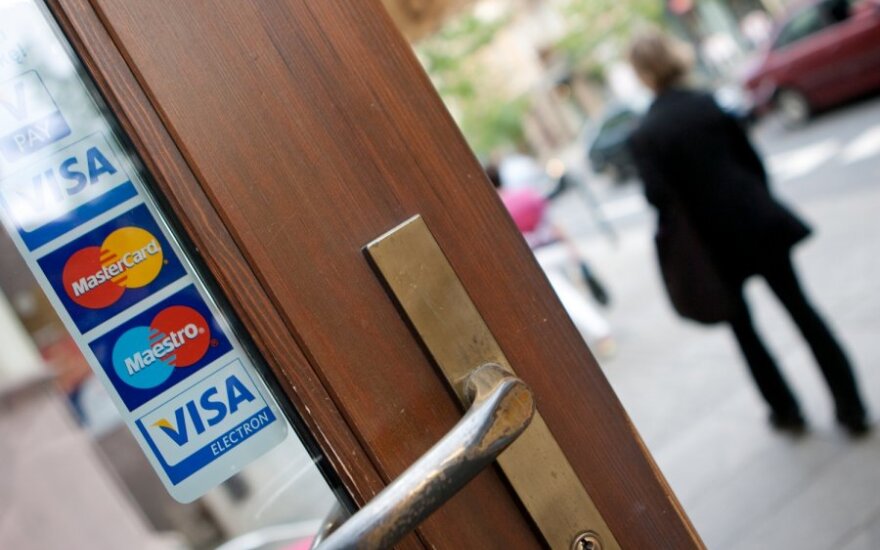 "With retailers providing an increasing number of possibilities for non-cash payments, this trend is set to intensify in the future," Jurate Cvilikiene, head of Swedbank's Institute of Finances, said in a press release on Friday.

"Also, we should keep in mind the increasingly popular electronic commerce, where the most common payment methods are, as a rule, cards and bank transfers," she said.

Cvilikiene also noted that contactless cards are becoming increasingly common, with one in two people in Lithuania using this means of payment.

According to the survey, the use of cash decreases with the size of transactions. More than 60 percent of respondents pay by card for bigger purchases and only 26 percent pay in cash.

Contactless payments are more popular among respondents aged between 25 and 34 years (59 percent) and less popular among those older than 65 years (26 percent).

The survey also found that one in ten people still get their salaries in cash. Low-income earners tend to be paid in cash more often than other respondents.

The representative survey of 1,050 people aged 18 to 74 years was conducted by Kantar Emor.

Sonect , a Swiss-based fintech platform that allows its users to withdraw cash without a physical...

Over half of Lithuanians stashing large amounts of money at home

Many Lithuanians are still keeping large amounts of money at home rather than lodging it in a bank,...

Major part of residents in Lithuania would like state commercial bank

A major part of people in Lithuania would back the establishment of a state commercial bank , a new...