Candidate for Minister of Agriculture is farmer who blocked roads

BNS EN
aA
Bronius Markauskas, the candidate for Lithuania's agriculture minister, has been a farmer in his home village of Truseliai, the Klaipėda district, for the past 16 years and is familiar with agricultural problems. More than a decade ago, he blocked roads with his peers in an effort to demand higher support to milk producers. 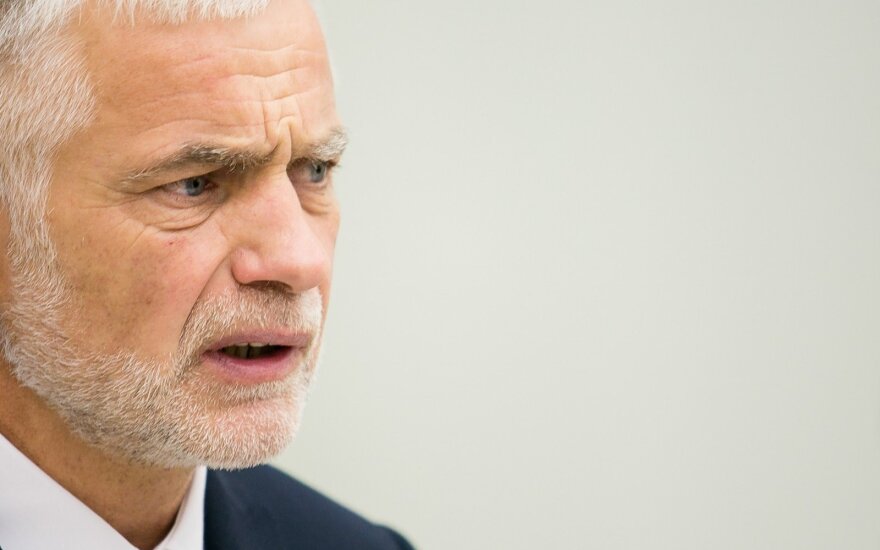 Markauskas' former colleagues say his experience in representing farmers' interests in Lithuania and abroad will benefit him in the post of agriculture minister, however, some told BNS that he may find it difficult to harmonize positions of processing companies and farmers.

"He is a farmer himself and is very good at farming. He is also very familiar with the legal base. He is even not very emotional and rather rational. He follows common sense, not emotions," said Jurate Dovydenienė, the board chair at the association of cooperative body Kooperacijos Kelias and CEO of cooperative body Pieno Puta.

During the farmer protests in 2003, the Agriculture Ministry was headed by Jeronimas Kraujelis of the New Union. In his words, Markauskas will have to coordinate interests of farmers and processing companies as agriculture minister, noting that Markauskas' position closer to farmers may cause trouble.

"The farmer community is very diverse. His strength is that he has passed the phases of farming and has worked in self-governance structures of farmers. He knows Lithuania and Lithuanian farmers – this is his strength. His weakness is the need to reinforce the link between farmers and processing companies. The issue will take all of the government's competences. He will not only have to work with Lithuanian companies but also with foreign companies. These are hard issues," Kraujelis told BNS.

Markauskas, 56, graduated from then Kaunas Polytechnic Institute in 1985 with a qualification of electrical engineering. For the following five years, he worked in the Kaunas fortified concrete manufacturing company Aksa and has been farming in his home village since 2000.

In 2003, Markauskas and other farmers organized blocks of some highways to Latvia and Poland, as well as the highway near Klaipėda, demanding more support to milk producers. They only removed the road blocks after securing the government's pledge to earmark 16.2 million euros to milk producers.

In September of 2004, Markauskas was sentenced to 60 days in prison with one-year probation. Four other farmers were sentenced together with him.

Lithuanian milk producers are holding a rally in Brussels on Monday in protest of intervention...