Erika Fuks
Parašyti
autoriui
aA
The first decade in the European Union has been good for Lithuania. There is still much to be done, however, if Lithuanians want make full use of their EU membership in the years to come. 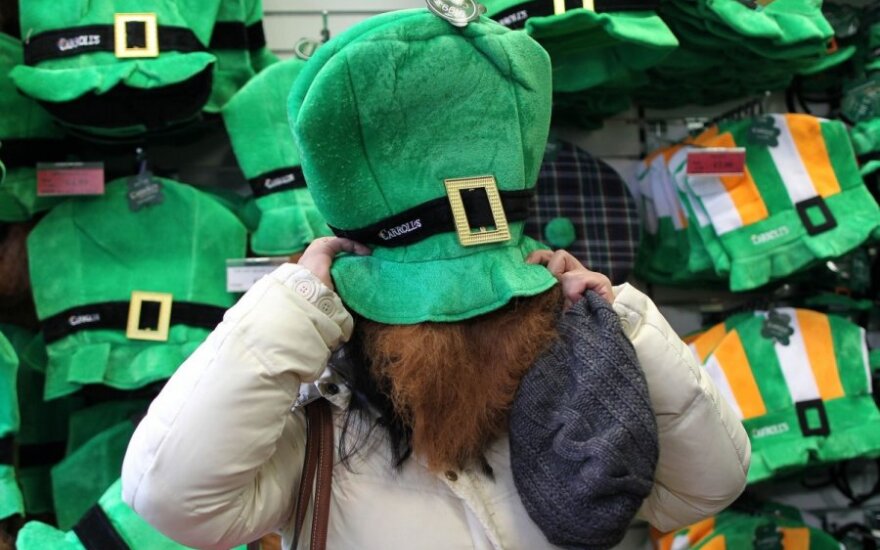 “What should be done so that the coming decade is good for Lithuania in the EU?” this was the question posed by the Nordea bank’s chief economist Žygimantas Mauricas at the bank’s annual conference.

He notes that in 2004, the year of Lithuania’s EU accession, its GDP per capita was only 46 percent of the EU average. Ten years later, it has grown by 25 percentage points.

“We overtook not only Poland, but also Estonia,” Mauricas says, somewhat ironically.

But he notes that rapid growth does not always provide for long-term prosperity; the Maltese GDP per capita, for instance, rose rapidly a decade ago, but then the trend was reversed. From a historical perspective, the economist says, when it comes to the wealth of nations, much depends on their ability to notice activities that increase growth: be it banking, shipbuilding, retail or cheap energy.

“Quoting Alice in Wonderland, one has to run fast in order to remain in place and even faster to get ahead,” noted Mauricas.

What Lithuania could learn from Ireland

The economist uses the example of Ireland, which had its “Celtic tiger leap” in 1987. Mauricas suggests to take a look at a historical perspective: what enabled Ireland’s success was high tech exports as well as car industry, pharmacy and chemistry.

“These are the three main export industries which allowed Ireland to reach stability,” according to Mauricas.

The emergence of the service and IT sectors only followed later, which resulted in the “Miracle of Ireland”, he says.

“What was it that kick-started everything in 1987 when Ireland was in poor shape, with public debt standing above 100 percent GDP, large taxation, high inflation, corruption and low investment?” asks the economist.

He outlines four key decisions made by Ireland. First of all, a political agreement between opposition and ruling parties not to hamper the other side’s efforts to jump-start economic growth. Another agreement was reached among employees, employers and the state: pay raise in return for lower taxation.

“Eventually, business conditions improved, wages rose and the state started benefitting from it all. With business expansion, employment rises and so does tax revenue,” explains Mauricas.

With an aggressive campaign to attract investment, institutions were created with the sole aim of bringing investors to Ireland and showing available potential. 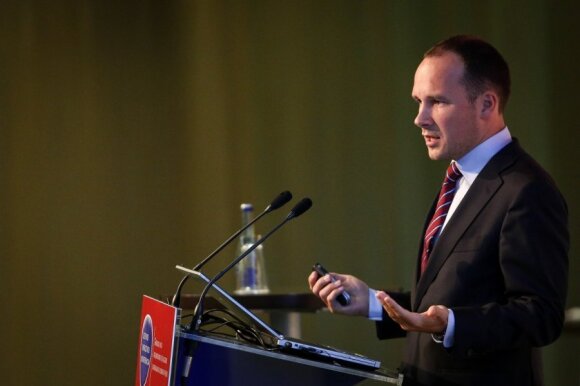 “There was an understanding that investors won’t come to Ireland on their own just because it is in the EU or because there’s beautiful meadows there. Not because the UK is nearby or anything like that. You have to go to them and bring them yourself. This was how various investment attracting services and service centres were created in Ireland, along the lines of what we have now.”

The fourth step was investing into education and human capital, using EU funds. According to the economist, this was Ireland’s investment into the future.

“The situation in Lithuania is somewhat different,” Mauricas notes regretfully.

According to him, Lithuania has reached a degree of political stability; the government is accustomed to discussing various decisions. Unfortunately there is no engine for encouraging progress – if the situation is not good, mechanisms in place ensure it will stay that way.

“Some things have come out the other way round, for example, minimum wage was raised in return for more taxation, as the untaxed minimum wage has not risen, thus raising labour tax pressures,” claims Mauricas.

Still, he believes that institutions like Invest Lithuania and Enterprise Lithuania are doing a rather good job and the results of their work are already visible.

“The last challenge is to use EU funds. Over the last decade, we spent most of the money to improve infrastructure, but not the entrepreneurial environment or education system. We had the best infrastructure and the worst business environment; we spent mostly on what was already good and little where there were issues,” concludes Mauricas.

He also examines the taxation system in Lithuania. He says the problem is not that tax rates are not high enough, but that their collection is inefficient.

“Lithuania’s tax to GDP ratio is the lowest in Europe, but not because taxes are low – it’s rather to do with the fact that we are inept at collecting them,” according to Mauricas. “Meanwhile the so-called ‘tax wedge’ in Lithuania, taxes on a wage divided by the cost of an employment position, is 42 percent, while other developed states average 36 percent.”

According to Mauricas, this is not a bad result. What is far more distressing is that even though Lithuania has a partially progressive taxation system, due to the small size of the untaxed income, workers pay far more taxes than Anglo-Saxons or West Europeans, even when they only make half the minimum wage.

Competition. The small Eastern European country strongly believes that technology and science will...

Hit US company Uber employing team of IT specialists in Lithuania

Uber, a company that offers passenger transport services and is worth more than 18 billion US dollars...