BNS
aA
Lithuania is among leaders in Europe in seeking energy independence but the country still lags behind considerably in terms of fighting climate change, some policy-shapers and experts say and call on the country to step up the implementation of measures to reduce climate change. 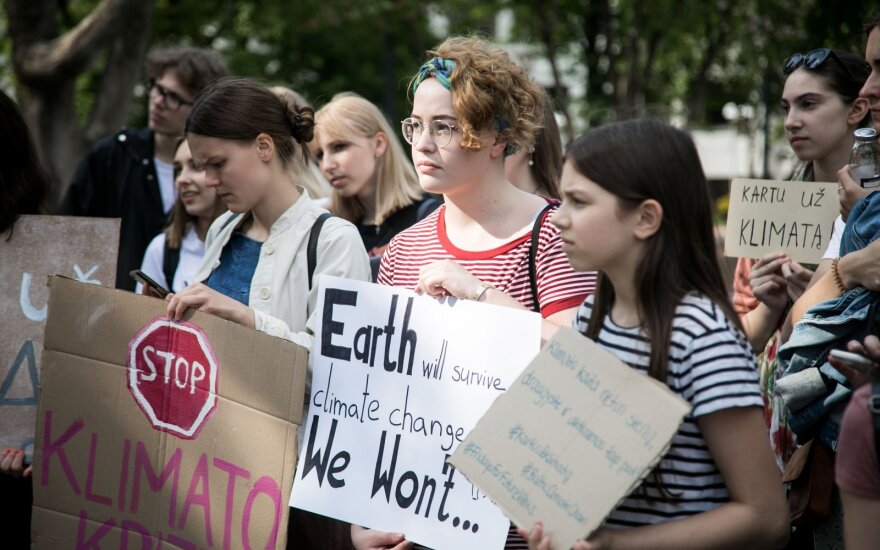 "You probably did the best from all member states from the EU (...) Just to put it into the perspective: we from the EU side allocated something like 7 billion euros for all the infrastructural projects across all 28 member states. It's more than 100 projects. Around 1.3billion euros came to the region of the Baltic countries, more than 650 million euros went directly to Lithuania," he said during a discussion in Vilnius on Friday.

Zymantas Morkvenas, head of the Baltic Environmental Forum Lithuania, is convinced that Lithuania still lags behind considerably in terms of fighting climate change. In his words, if Lithuania continues to make slow decisions on pollution and climate change, the country will face the threat of extinction.

Sevcovic also agreed that climate change is becoming a security problem for citizens.

"Every single year our screens are full of information of natural disasters which are very closely linked to climate change. (…) I think we have to look at it from the point of view of security concerns," the European Commissioner said.

Lithuanian Energy Minister Zygimantas Vaiciunas also underlined that the development of renewable energy resources is not enough to deal with climate change-related challenges as effort in other sectors, including transport and agriculture, is needed.

"There are other sectors were additional effort is needed, and we are speaking not only about the energy sector. We can produce energy in a green way but the transport sector is a problem, as well as the agriculture sector and the industrial sector as well a bit," the minister said.

In June, the European Commission called on Lithuania to aim at reducing greenhouse emission 9 percent by 2030, from the level of 2005. The country should pursue that goal in the sectors exempt from the EU emission permit trading system, i.e., the transport and agriculture sectors.

Under the EC recommendations, member states are expected to submit their final plans by December 31.

European governments must prepare to deal with new flows of migrants who will leave their countries...

Climate change impacts not only the environment: adds risk for financial markets

Climate risk can weigh on banks’ credit fundamentals in several ways. As a result, central banks...