BNS
aA
A 1,000-ton shipment of butter from Lithuania has got stuck due to Russia’s ban on the transportation of goods to Uzbekistan through Belarus. 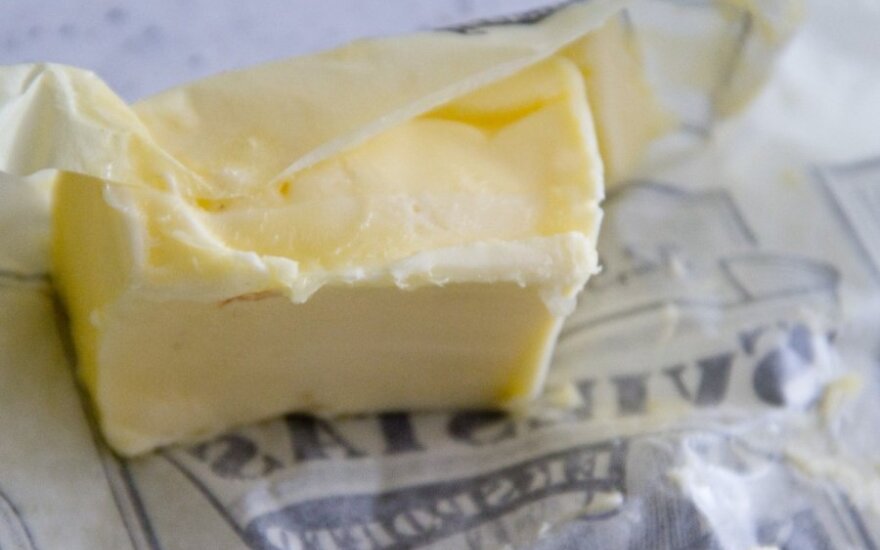 “It’s Russia’s ban, which Belarus does not agree to,” Bozena Zaborovska, spokeswoman for the Agriculture Ministry, told BNS.

Egidijus Pumputis, the head of Border Food and Veterinary Control Department of the State Food and Veterinary Service, told BNS that Belarus had not imposed any bans and that the company transporting the shipment had decided against taking the risks of crossing the border between Belarus and Russia.

“I don’t know where that information about Belarus’ ban came from… Russia has said that products being transported to Kazakhstan, Uzbekistan shall enter the Customs Union through Russia’s territory since it does not trust Belarus. Meanwhile, Belarus does not agree to that and says that it won’t apply any bans,” Pumputis told BNS.

According to him, on 30 November, Russia sent a letter to the European Commission saying that it would not let in any transit shipments from Belarus.

“On 30 November, Russia sent a letter to the European Commission asking not to transport anything via Belarus and to transport directly to Russia through Latvia, Estonia and Poland instead. Transit by trucks continues but this case concerns shipment by rail, which is more complicated… It left on 28 November, Belarus let it pass and, while on the way, they called to Russia asking whether or not it would let the shipment through. After getting the answer, the company decided to turn back,” Pumputis said.

Shipments have to cross Russia’s territory as well as other territories in order to reach Uzbekistan.

Early in August, Russia imposed sanctions on the imports of farm and food products from the European Union.