BNS
aA
Some Lithuanian businesses denounced on Wednesday a legislative initiative to ban alcohol and tobacco manufacturers and traders from owning media organizations as a dangerous precedent. 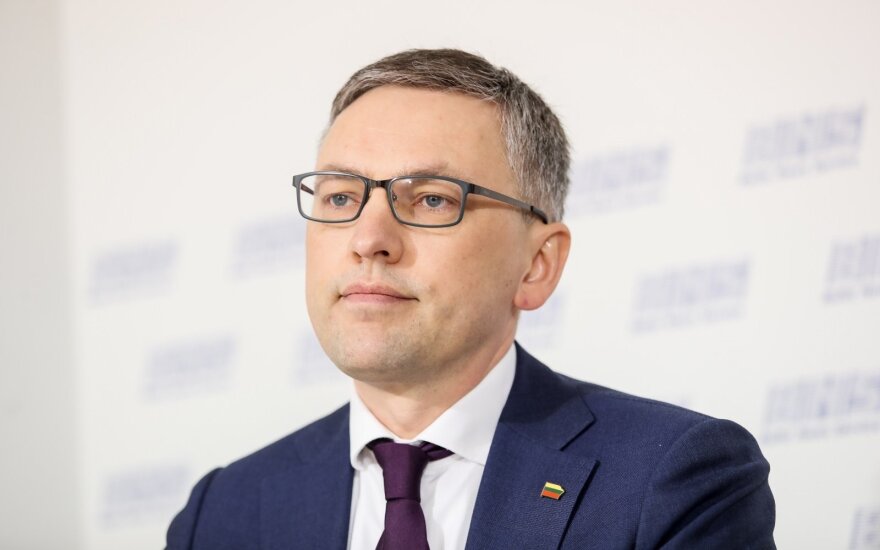 The proposal has been tabled by Vytautas Bakas, chairman of the Seimas Committee on Budget and Finance (CBF), who says the ban would help combat non-transparent influence by alcohol businesses.

MG Baltic: are they going to ban breathing now?

MG Baltic, a business group that might be affected by such a ban, described the initiative as absurd.

"It's hard to give a reasonable comment on such initiatives. Perhaps Mr. Bakas has already registered legislative amendments banning breathing," Tadas Marciukaitis, director of corporate communications at MG Baltic, told BNS on Wednesday.

MG Baltic's business holdings include the Stumbras, Alita and Anyksciu Vynas distilleries and the Gubernija brewery, as well as the LNK and BTV television channels.

Zilvinas Silenas, president of the Lithuanian Free Market Institute, says the proposed measure would be disproportionate.

"If this recommendation is implemented, the next step could be to force any other business out of the media market. It would be possible to ban any company from holding shares, be it a TV channel, a radio station or a newspaper," he told BNS.

According to Silenas, the government's influence on the media is a greater threat than businesses' influence.

Bakas registered on Wednesday a draft amendment to the Law on the Provision of Information to the Public that calls for adding natural and legal persons engaged in the production or trade of alcoholic beverages or tobacco products, as well as legal persons founded or owned by them, to the list of persons and organizations that cannot be public information producers, disseminators or their participants.

The law currently prohibits banks, political parties, and state and municipal institutions and agencies, except for education and research establishments, from owning media organizations.

The ruling Lithuanian Farmers and Greens Union's lawmaker says the amendment would help combat corruption and would constrain the ability of persons in the tobacco or alcohol business to exert non-transparent influence via their media holdings.

"The media should not be alcoholic lobbyists' weapon against society," he told BNS.

"I believe we have the right to discuss such a measure and we'll see what the final result is. I back the debate and the necessity of the existence of such an idea," he told reporters.

Deimantas Jastramskis, a media expert, says it would make more sense to tackle the problem of concentration in the media market, instead of singling out separate business areas.

"There is a problem with the regulation of the media market and its concentration. Nobody has seriously addressed this problem for the third decade now. This is a selective proposal to single out a certain area," Jastramskis, associate professor at Vilnius University's Faculty of Communication, told BNS

"There is no logic in banning individual entities engaged in other businesses from owning the media, but it is logical to simply regulate the market share to make sure it is not too big. In this case, a 40 percent market share can be held. If it is higher, there is a problem," he said.

Technology-led countries fight for the attention of prosperous startups in order to attract them to...