DELFI EN
aA
The number of flights handled in the Lithuanian airspace in July made up 27.4 thousand and was by 1.2 per cent higher, compared to the same period last year, informs "Oro navigacija".
Sekite svarbiausias naujienas socialiniuose tinkluose! 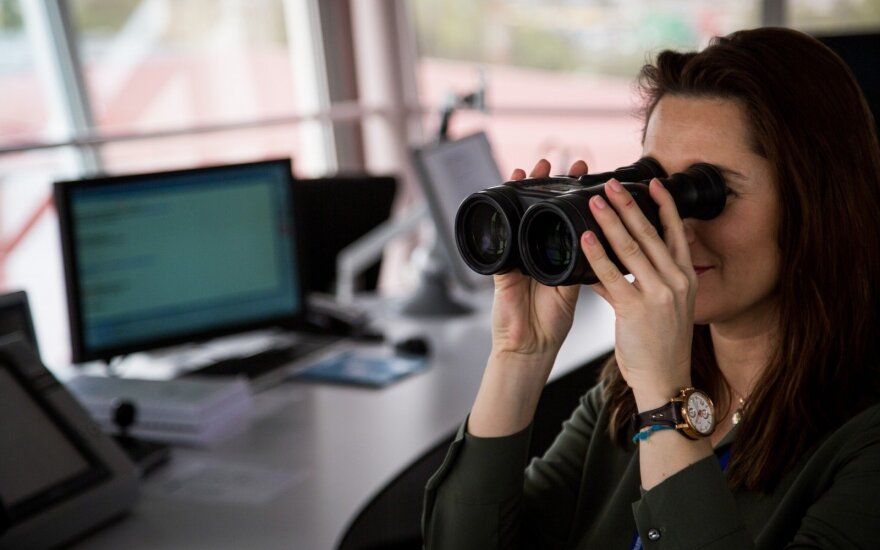 The peak day of the month was 27 July, Saturday, with 968 flights handled, the highest number throughout the enterprise’s history.

In July, overflights accounted for three quarters (77.9 per cent) of the total flight number. The overflight number reached 21.3 thousand and was by 1.1 per cent higher, compared to last year.

“A slightly lower number of flights in Vilnius, compared to last year, was caused by the decrease of the Hungarian low-cost airline Wizzair’s aircraft base in the Lithuanian capital, reduction by one fifth of flights operated by the Scandinavian Airlines SAS, and the Small Planet Airlines’, the charter carrier’s, withdrawal from the market last autumn”, says Mindaugas Gustys, CEO of SE Oro navigacija.

According to him, a stable flight growth was observed in Kaunas, a 60 per cent increase in Šiauliai was due to such events held as the military exercises and the international air show Falcon Wings 2019, and a significant decrease in flight number in Palanga was determined mostly by almost halved operations by the Scandinavian Airlines SAS and two times fewer flights from/to Palanga operated by the low-cost airlines Ryanair and Wizzair.

It was on July 2019 (Saturday) that the largest number of flights, 968, were handled and it was the busiest day ever recorded in Lithuanian history. The above-mentioned figure includes all take-offs/landings from/at Lithuanian airports as well as overflights, the number of which reached 762, thus exceeding by 3.1 per cent last year’s overflight peak day, 16 June, when air navigation services to 739 aircraft were provided.

According to the Multilateral Agreement Lithuania has delegated the European Organisation for the Safety of Air Navigation (Eurocontrol) billing and collection of charges on its behalf. Costs of billing and collection of charges are covered by airspace users. Airlines pay the route air navigation service charges for the services provided during overflights. When aircraft take off from/land at one of the Lithuanian airports, the terminal air navigation service charges are paid by airlines.

The total number of flights in Lithuania's air space in the first half of this year was fairly the...

Several planes got too close over Lithuania's southern city of Marijampole in April but there was no...

Vilnius Airport plans to expand its taxiing runways , which will allow planes to avoid complex...