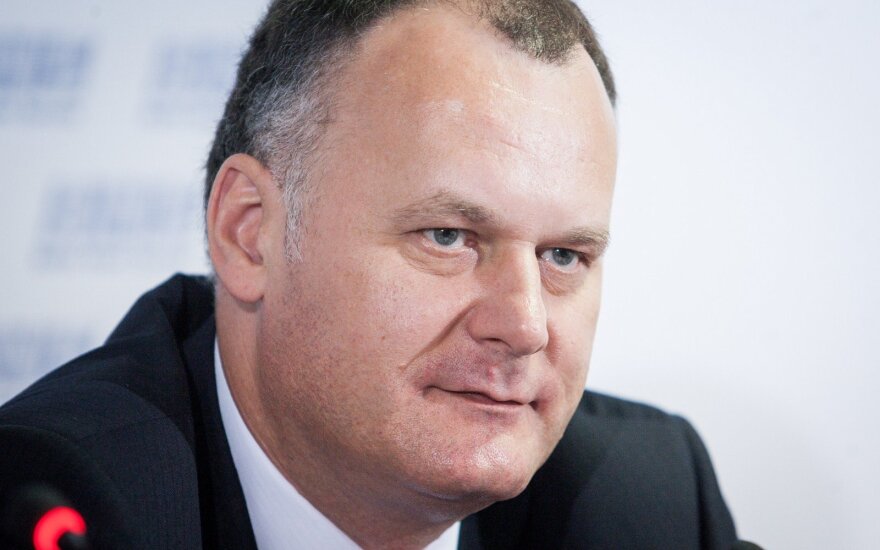 Monday is Bilys' last day in the job he has held since June 2013. Before that, he worked as head of strategic development at the gas import and transportation company Lietuvos Dujos.

Nemunas Biknius, chairman of the management board at Amber Grid, will temporarily act as the CEO, the company said in a statement to the Nasdaq Vilnius Stock Exchange on Monday.

Bilys was forced to step down after the company missed an early October deadline for signing a contract, worth almost 100 million euros, for the construction of the Lithuanian part of the Gas Interconnector Poland-Lithuania (GIPL).

The strategic project has stalled after some bidders took court action over the bidding procedures and the Public Procurement Office (VPT) said the tender process was not transparent.

Commenting on the stalling project, Lithuanian Energy Minister Zygimantas Vaiciunas told BNS a week ago that the situation was complicated, but insisted that there was no risk yet of losing EU funding and vowed that the gas interconnection would be built by late 2021, as planned.

Alvora, a Lithuanian pipeline builder, was selected as the contractor for the GIPL project, but MT Group, the runner-up bidder, challenged the decision in court, preventing Amber Grid from signing a contract with the winning bidder.

Amber Grid planned to sign the contract, worth 79.85 million euros not including VAT, with Alvora back in September.

Amber Grid is implementing the 500-million-euro project together with Poland's Gaz-System.

The Lithuanian government is expected to endorse this week the security plans of the natural gas...