BNS
aA
Belarus is interested in shipping fuel oil via Klaipėda, but the port does not have sufficient capacity, Lithuanian Prime Minister Algirdas Butkevičius said on Tuesday. 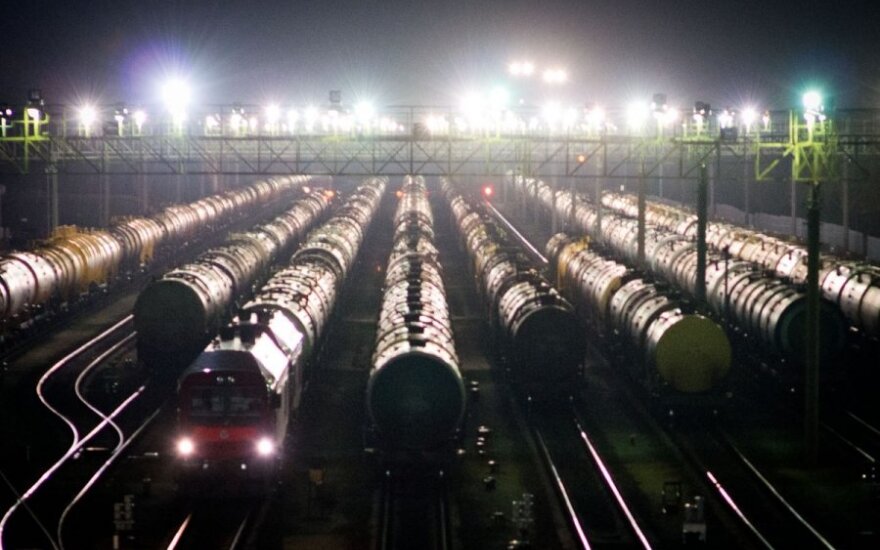 "Talks are ongoing on the supply of oil products, fuel oil, from Belarus. Belarusian Prime Minister (Mikhail Myasnikovich) is very much interested in Lithuania finding more possibilities for directing part of fuel oil via the Klaipėda port, because Klaipėdos Nafta (Klaipėda Oil) now has contracts with Litasko and Orlen Lietuva but one more company is willing to come," Butkevičius told LRT Radio from Mogilev, where he is taking part in a Lithuania-Belarus economic forum.

He did not name the Belarusian company interested in shipping fuel oil via Klaipėda.

"I can confirm that talks are underway between Klaipėdos Nafta and BNK," she said.

Rokas Masiulis, the then-CEO of Klaipėdos Nafta, told BNS in June that the company was in talks with BNK on increasing fuel oil shipments.

Klaipėdos Nafta has in the past worked with Transchema, a subsidiary of BNK. The company in 2011-2012 transshipped products through Klaipėda. Also, the oil group Shell in October 2010 won a one-year contract from BNK to buy up to 60,000 tons of Belarusian fuel oil monthly under the FOB (free on board) Klaipėda program.