BNS
aA
With the European Commission expected to publish on Tuesday its assessment of stress tests at Belarus' Astravyets Nuclear Power Plant (NPP), President Dalia Grybauskaitė's chief advisor says that the tests are only part of the assessment of the facility under construction close to Lithuania's border and fail to give full answers to Vilnius' questions. 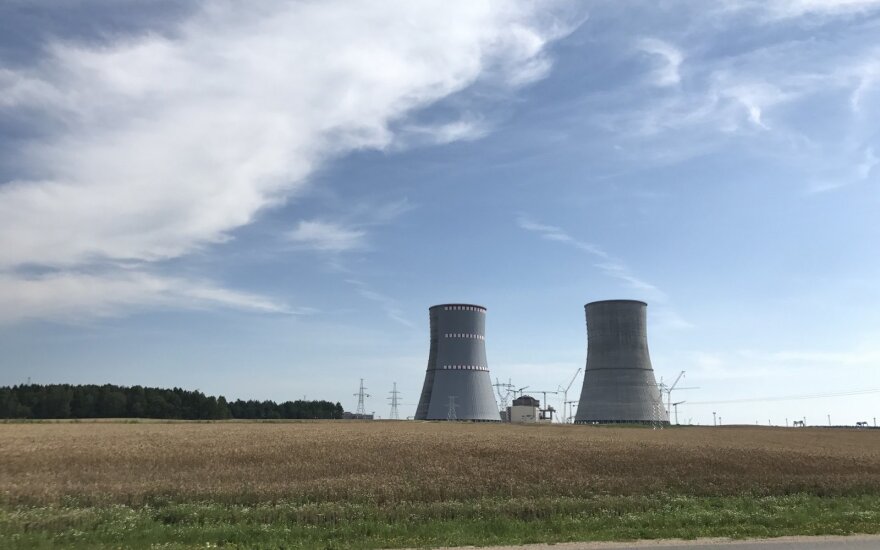 "The stress tests are only part of that whole big picture, because they don't cover such things as the reasons for the choice of the site and environmental requirements," Nerijus Aleksiejūnas told the Žinių Radijas radio station on Tuesday morning.

"The presence of a power plant near our border, close to Vilnius, is also a certain tool that can be used for Russia's geopolitical purposes. That's why it's not right to speak only about the stress tests. We take a much broader approach and see it as an issue of national security," he said.

The advisor expects Belarus to implement the recommendations in a timely manner.

"The final document will be published today or tomorrow, but we already see that there are shortcomings. They are clearly identified," Aleksiejūnas said.

"Our goal is to ensure, together with the European Commission, that there is a clear commitment by Belarus to implement these recommendations before the power plant can be launched," he added.

The stress tests were carried out by Atomproekt, a subsidiary of Russia's Rosatom, the Astravyets project's main contractor, in 2016 and were later reviewed by an international panel of experts set up by the European Commission and the European Nuclear Safety Regulators Group (ENSREG).

Lithuania, the main critic of the Astravyets plant under construction just 50 kilometers from Vilnius, last year declared the project a threat to national security, the environment and public health.

Minsk rejects the criticism, saying that it will ensure the highest safety standards at the Astravyets plant.

The European Union will next week present the results of stress tests at the Astravyets Nuclear...

The published information on the safety of the Astravyets nuclear power plant in Belarus does not...

Belarus ' reports about plans to build another two reactors at the Astravyets nuclear power plant...

Lithuania has asked Belarus to provide it, as soon as possible, with detailed information about an...