Elta EN
The press service of the Lithuanian prime minister has announced that on the night of 1 January Prime Minister Algirdas Butkevičius, together with his Estonian counterpart Taavi Rõivas and Latvian Foreign Minister Edgars Rinkēvičs, will make the withdrawal of the first banknotes of the new Lithuanian currency, the euro. 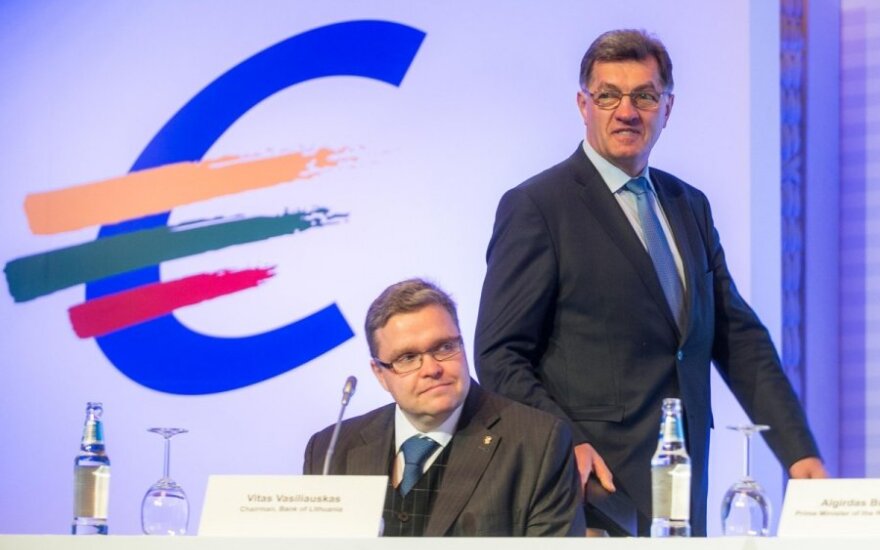 The event will also be attended by Lithuania's Finance Minister Rimantas Šadžius and Chairman of the Board of the Bank of Lithuania Vitas Vasiliauskas.

The event will start at 12:10 AM, at the ATM located at Gedimino Avenue 2 in Vilnius. After the official part of the event, the Lithuanian and Estonian prime ministers, the Latvian foreign minister, the Lithuanian finance minister and chairman of the Board of the Bank of Lithuania will give interviews to the media.

Lithuania will switch from the litas to the euro on 1 January, and will become the eurozone's 19th member.

Meanwhile PM Straujuma will congratulate Lithuania in a video address, which will be broadcast on Lithuanian Television on New Year's eve.

Commissioner Dombrovskis, on the other hand, will attend the official euro introduction ceremony in Lithuania on 14 January.