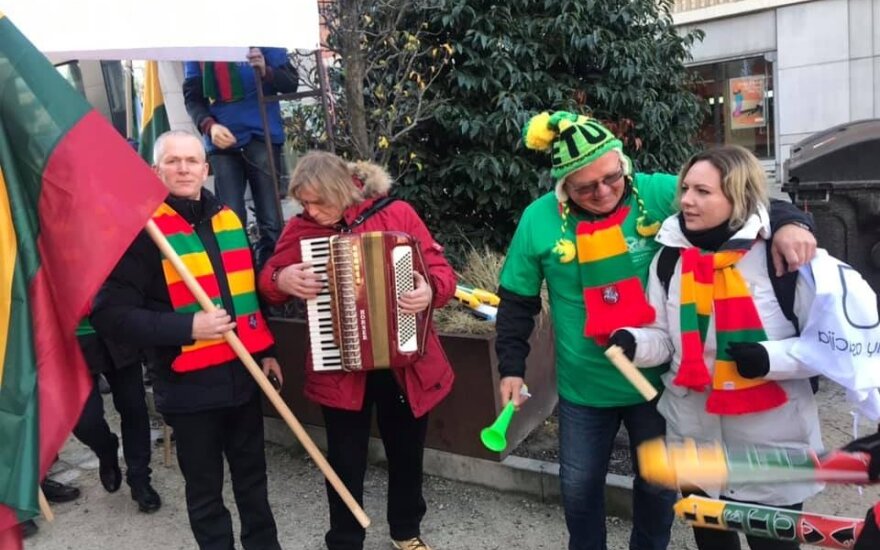 Lithuanian President Gitanas Nauseda, in the Belgian capital for the EU's summit talks on the bloc's next multiannual budget, stopped to meet with the farmers who waved flags and sang Lithuanian folk songs.

The president told the protesters they have a moral right to complain because direct payments to Lithuanian farmers are now among the lowest in Europe.

"Promises must be kept in Lithuania and Europe alike," Nauseda said and sang a popular folk song together with the farmers.

Currently, Lithuanian farmers receive 181 euros in direct payments per hectare of arable land, well below the EU average of 266 euros.

Under the European Commission's budget proposal, these payments in Lithuania would even fall in the first year before rising to 204 euros in late 2027.

"We are tired of being at the tail end of the EU," Vytautas Buivydas, the owner of a farm in the northwestern Lithuanian district of Plunge, told BNS. "We are now in the third lowest position in terms of direct payments."

"We hope the president will stand up for Lithuania," added Buivydas, who is also vice-chairman of the Lithuanian Chamber of Agriculture.

Thursday's protest is the seventh one staged by Lithuanian farmers in Brussels.

The EU is currently negotiating bloc's long-term budget for 2021-2027. According to diplomats, Thursday's summit will not produce final decisions on the budget and the talks will go into next year.

President and minister agree on EUR 100,000 cap on EU payments to farmers