DELFI EN
aA
In recent years the average vacancy rate for offices in Vilnius has been about 3 percent, one of the lowest rates in Europe. The indicator’s remaining stably low for some time has led more and more real estate developers to focus on office expansion in Vilnius, and that means free office space in the Lithuanian capital will grow. The vacancy rate in Vilnius is forecast to gradually rise in coming years to the European average of 7 percent, international real estate advisors Newsec write in their “Vilnius Office Outlook” market report for the second quarter of 2019, "Newsec" writes in a press release.
Sekite svarbiausias naujienas socialiniuose tinkluose! 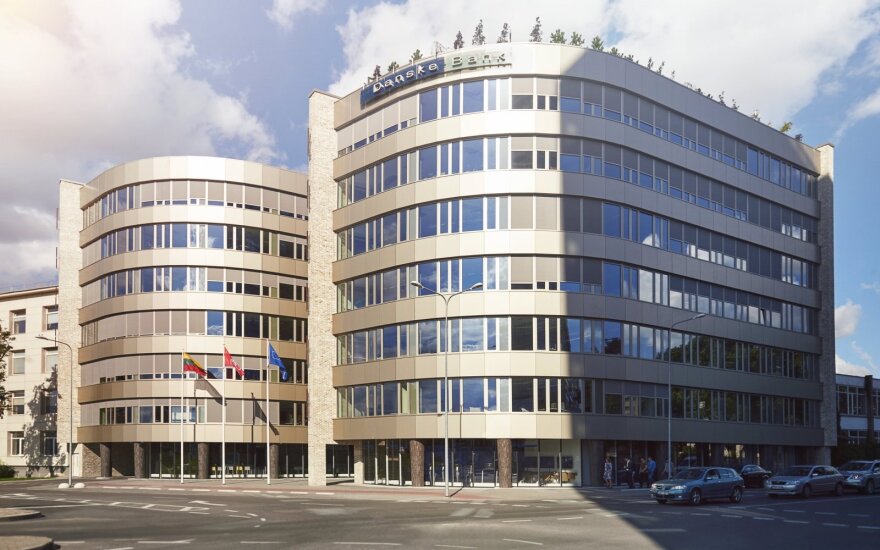 “Until now, for the last five years, office developers have been offering the market about 70 000 sq. m. of modern office space a year. With lease agreements being made for a similar amount of space, the vacancy rate has remained stably low at about 3 percent. Encouraged by the low vacancy, project developers have picked up speed and in 2020-2021 will be bringing a third more space to market – over 100 000 sq. m. a year. Since the market’s absorption capacity will stay similar to what it has been, i.e. 70 000 to 80 000 sq. m. a year, starting next year some 20 000 to 25 000 sq. m. of new office space may remain free every year, and that will increase the vacancy rate,” Newsec analyst Gintaras Toločka explains.

It is forecast that the average vacancy rate in Vilnius will rise to 4-5 percent in 2020 and that in 2021 the indicator of available office space will approach the European average reaching 7 percent. An even bigger-than-the-average vacancy rate is forecast for older unrenovated offices and those in B locations, the leasing out of which will be increasingly difficult and take longer.

According to Toločka, a vacancy rate of 7 percent is a healthy indicator which will make both tenants and office owners feel comfortable – even though the supply of offices will increase, that will not have much impact on changes in lease prices.

The expert foresees that the growth of available office space will give tenants more freedom of choice: “The long-standing 3 percent vacancy rate has not been especially favourable for tenants. As the choice of offices has been limited, you’ve had to start thinking about leasing premises long in advance. Rising vacancy in the coming years will bring more freedom not only for developers but also for tenants. The latter will have greater freedom of choice for office space, and leasing prices will remain similar to now. Then project developers will face a greater need to invest in quality and offer competitive office projects.”

Competition will get more aggressive

On the other hand, increasing vacancy is a signal to developers to be more cautious in planning office expansion. Toločka notes that smaller players are also now joining the ranks of office developers. Most of them previously developed residential and other non-administrative properties; that means they have less experience in the office market, which tends to be more intensely competitive.

The interest of an ever-broader range of developers in Vilnius’s successful office sector suggests that competition, which is already fierce, will become even more aggressive. That will follow from a growing supply of office buildings and more available space in them. Hence, developers should give thought to whether they can successfully realize yet another project when the vacancy rate is due to double in the near future and the total supply of modern office space is set to grow nearly 50 percent and approach 1 million sq. m.

“Until now the Vilnius office market was dominated by veteran developers who already have experience and have earned trust in the sector. The major players’ projects accounted for over 80 percent of all the office space brought to market, and for that reason, the office market in Vilnius has been sustainable and balanced. That is shown by recent years’ results – all the office space that was offered was absorbed. Such a stable market situation has become the norm for Vilnius, something the neighbouring Baltic countries’ capitals envy,” Toločka says.

He explains that Vilnius’s success is due to many factors at once. The leasing transaction market remains active as new companies are arriving and those already here are growing and leasing ever more modern office space. This year’s biggest leasing transaction was done by Danske Bank, which leased 13 000 sq. m in the S7 office complex and 3 000 sq. m. of temporary space in 3 Burės. Maxima Grupė has also expanded, agreeing on an additional 3 300 sq. m. in the office building at Savanorių Ave. 5; and Bentley Systems decided to move and lease 2 700 sq. m. at the Uptown Park business centre.

Some new names have also entered the Vilnius office market, with leasing transactions concluded by HCL Technologies as well as the U.S. companies Dana and McKesson. These companies signed lease agreements for approximately 2 000 sq. m. each at service centres that are being established in Vilnius. Several other new names are seriously considering and plan to decide in the near future about setting up offices in Vilnius.

“One of the most important signs of the successful growth of Vilnius’s office market is that among tenants it is not just newly arriving international companies that dominate, but well-established tenants are also actively expanding and local companies are growing too. The composite profile of office tenants is a sustainable market trait, which provides confidence in assessing the future of this real estate segment,” Toločka says.

Applying the latest in machine learning , data automation and cloud-based technologies, Beyond...

The office becomes an important tool to attract employees and is now not just the work premises, but...