Ugnė Karaliūnaitė
Parašyti
autoriui
aA
The Lithuanian Architects Union on Monday hosted a public discussion on one of the major development sites in central Vilnius, the Sports Palace and Žalgiris Stadium. 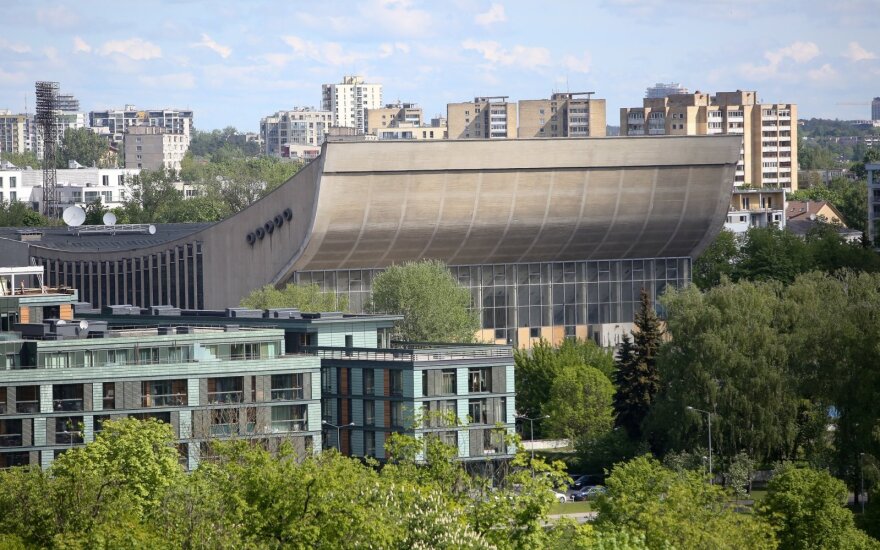 The crumbling football stadium has been in disuse for decades. The Sports Palace, an eye-catching modernist structure overlooking the River Neris, used to be a prime venue for sports events, concerts and exhibitions, but has also been boarded up for years now.

The teams of architects were tasked with coming up with a new concept for the site of the stadium which adjoins the Sports Palace. While the disused stadium will be demolished, the Sports Palace building, listed as protected property, will be converted into a congress venue.

Architects were also instructed to take into account synergy with the future complex of court houses in the area and already existing residential structures. 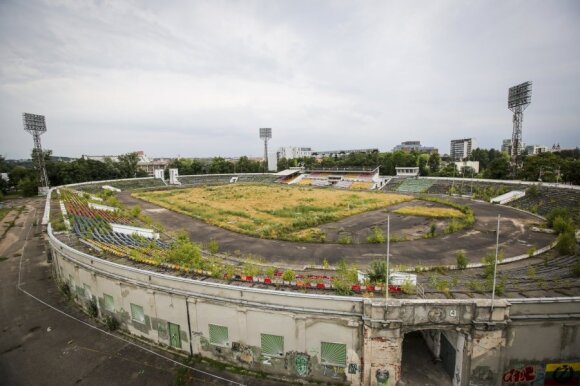 The project proposals are available here.

Arvydas Avulis, CEO of Hanner which owns the 6.6-hectare plot, said during the discussion he envisioned a project which would be supported by the residents of Vilnius. At the same time, the new buildings and urban spaces are to look "representative and impressive".

"We already have some answers, others not yet - we will continue looking for them. We care about creating public spaces attractive to the community, so that they are not empty after office hours, but buzzing throughout the day, just like in the old town. Will we succeed? We will see in the years to come," he said. "The government is very enthusiastic about the Congress Centre project, this site might prove quite significant for Vilnius in several or a dozen years."

Jūratė Juozaitienė, adviser to Lithuanian Prime Minister Algirdas Butkevičius, said the development on the Žalgiris Stadium site was important due to its proximity to the Sports Palace which will be converted into a modern conference centre.

Architect Sigitas Kuncevičius, who is involved in the Sports Palace project, says the building used to house one of the best concert halls in the city.

"Pity that it was removed from the city life. The sooner we return the hall, the sooner we will enrich our cultural life," he added.

Presenting visions for the building, Kuncevičius says the future Congress Centre will have to meet international standards for conference venues: a hall for 3,000 people which could be flexibly converted into smaller spaces.

The architect believes that a number of original design elements must be preserved: the main concert hall, foyers on the ground and second floors, perhaps also the interior a former café.

To make sure the venue is usable and does not turn into a burden for the state, Kuncevičius suggests equipping the building for more varied uses.

"It should not be a venue exclusively for conferences, it should also host concerts and theatre performances. There are ideas to build an annex with a universal 'black box' suitable for various events, including circus shows," he continues.

The enterprise Promola of the Hanner Group acquired the real estate located at the territory of...

Members of the Committee for the Preservation of Jewish Cemeteries in Europe said after meeting with...