BNS
aA
Analysts and dealers say sales of second-hand cars with higher CO2 emissions are likely to go up toward the end of the year – before the planned vehicle pollution tax takes effect. 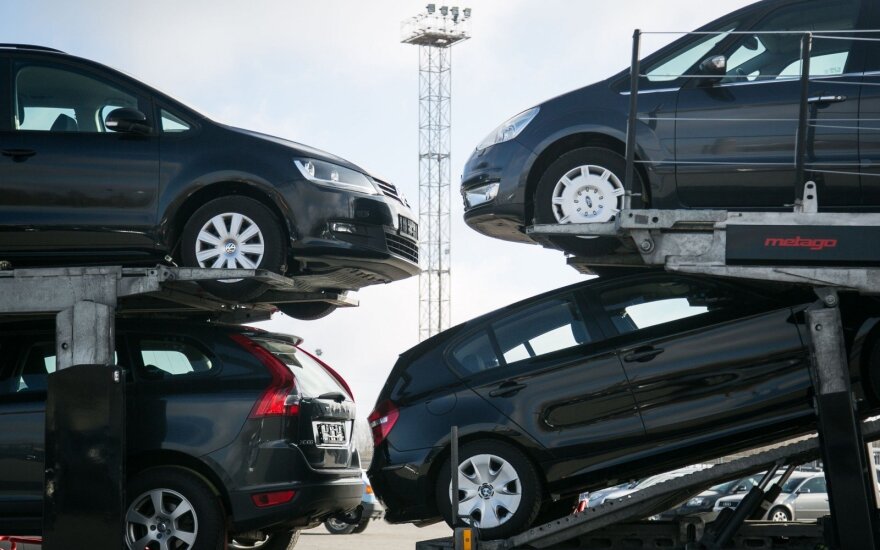 "Sellers, especially those selling more polluting cars, should get ready for this because people will rush to buy cars before the New York so as to avoid that tax and save a few hundred euros," he told BNS.

Valentinas Naujanis, the director of Varanas, the operator of the Kaunas car market, agrees that planned tax will have an impact on sales.

Once the new tax comes into force, sales of older cars with higher CO2 emission levels may grind to a halt, according to Naujanis.

"No Lithuanian will buy a car that costs, for example, 1,500 euros plus a pollution levy of some 800 euros," he said.

The Environment Ministry proposes to tax diesel vehicles emitting more than 115g/km of CO2, and gasoline or LPG-fueled cars emitting over 130g/km.

Robertas Cickevicius, the CEO of the market research company Autotyrimai, says the absolute majority of buyers of popular diesel cars in Lithuania will have to pay the tax.

"Speaking about diesel vehicles, I think some 95 percent will fall into that category. Only the newest cars and small ones will not fall into it, but these cars are expensive and have seen a sharp decline in demand over the past three years," he told BNS.

According to Autotyrimai, two-thirds of new gasoline-fueled cars registered in Lithuania since early 2018 exceeded the 130g/km threshold.

If the bill is passed, existing owners of polluting cars will not have to pay the levy. Starting in 2020, the tax will be paid every time a polluting car is registered or reregistered.