BNS
aA
A European Monetary Fund (EMF) that is proposed to be set up to more rapidly respond to financial difficulties in the Eurozone would benefit Lithuania in that the country would become more resilient to economic shocks, analysts said on Wednesday. 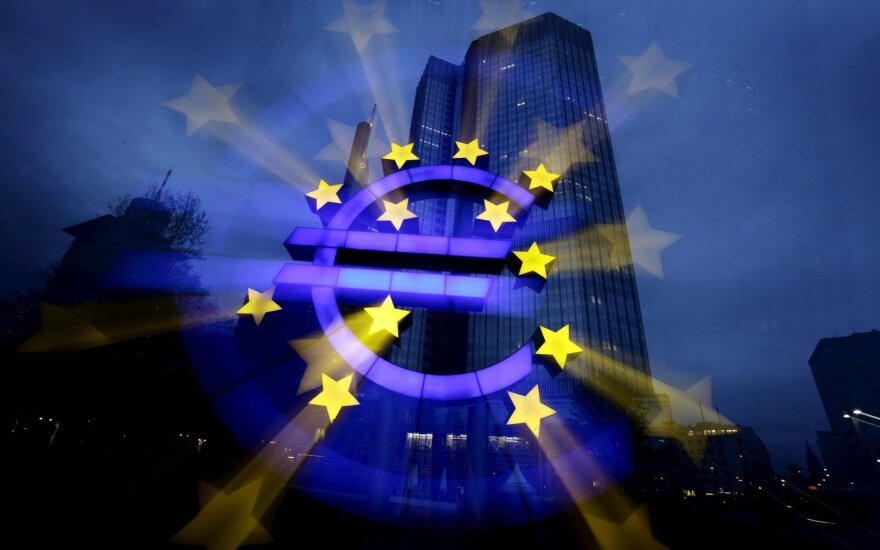 Swedbank Lithuania's chief economist Nerijus Mačiulis says that only a potential new financial crisis will show how useful the EMF is.

"This isn't relevant to anybody at the moment, not even to Greece. Let me remind you that in 2010-2011, when more than one Eurozone country teetered on the brink on bankruptcy, the European Financial Stability Facility was put in place. Then this turned into the European Stability Mechanism and now it is evolving into the European Monetary Fund. The existence of this institution is very important and its importance will become clear during the next crisis," he told BNS.

SEB Lithuania's chief analyst Tadas Povilauskas also says that Lithuania would benefit from the establishment of the EMF, but notes that it is important that the mechanism should not require additional funds from the state budget.

"Apparently, for Lithuania it is important that its contribution to that mechanism does not increase. It is really good for Lithuania to have a stronger cushion in a time of economic difficulty," he said.

Mačiulis added that the EMF could supplement the role of the International Monetary Fund (IMF) in the region, as the latter would not be able to save major Eurozone countries, such as Italy, during a strong shock.

The European Commission proposed on Wednesday to transform the 500-billion-euro European Stability Mechanism (ESM) into a European Monetary Fund (EMF) to more rapidly respond to financial difficulties in Eurozone member states. It expects the EU Council and the European Parliament to agree by mid-2019 on the establishment of the new fund.

The EU's executive body on the same day tabled proposals to consider establishing the post of a European minister of economy and finance and creating a separate Eurozone budget line within the overall EU budget.

Povilauskas thinks that a separate budget line would only be beneficial to Lithuania if the EU funding to the country increased. In Mačiulis' opinion, however, funding under the proposed separate line would likely go to joint projects, regardless of the level of development of individual countries.

Both analysts think that the post of a European minister of economy and finance would have no major impact on Lithuania.

Lithuania's draft budget for 2018 complies with the fiscal requirements of the Stability and Growth...

Lithuanian Finance Minister Vilius Šapoka thinks that it is too early to speak about creating an...