BNS
aA
Analysts predict that the number of labor immigrants in Lithuania will continue to grow this year, despite critics' concerns that this may slow down wage growth. 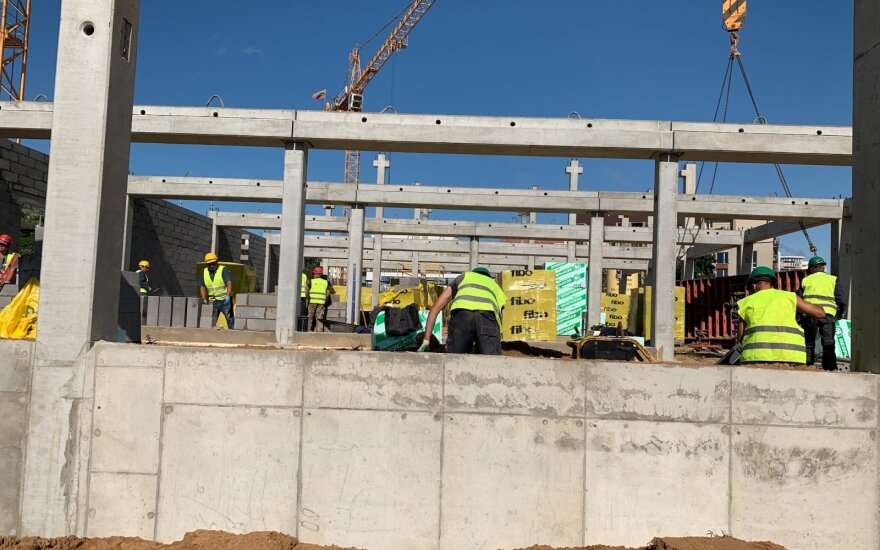 The Lithuanian Employment Service issued 8,400 work permits to foreigners in January-November 2019, a 70 percent increase from a year earlier. More than half of foreign workers come from Ukraine.

The service attributes the increase to simplified work permit and visa issuance procedures, and labor shortages in some sectors.

"The number of foreign workers in Lithuania is likely to increase next year (in 2020) amid a shortage of qualified labor force in the country. They fill job vacancies where no Lithuanian or EU citizens are available," the service told BNS at the end of 2019.

Linas Cekanavicius, a professor of economics at Vilnius University, says most foreigners, especially the less skilled ones, come for higher wages, but the country attracts some Western business people, too.

"Most people come here because wages in Lithuania are better than in their country. However, there are people, including those from Western countries, who come here because of better business opportunities," the professor told BNS.

"They find a niche here or (...) offer something more interesting, different, something that is available in their country, but isn't in ours," he added.

The Employment Service last year issued documents to foreigners from a total of 58 countries. Sixty percent of them came from Ukraine, 21 percent from Belarus, 3 percent from Russia and Uzbekistan each, and 2 percent from China and Georgia each.

Most of the foreigners come to work as cooks, builders, carpenters, international passenger transport drivers, car mechanics, and forklift drivers.

The statistics do not include foreigners whose professions are on the list of occupations in short supply in Lithuania and who do not need work permits to work in the country.

The Lithuanian parliament passed on Tuesday a legal amendment that will allow foreigners to obtain...

Number of illegally employed foreigners up (1)

The number of illegally employed foreigners is growing in Lithuania, the country's State Labor...

Lithuania plans to open up more to foreign workers

Lithuania plans to continue this year allowing foreign drivers, construction workers and other...