BNS
aA
Lithuania's northern district of Akmenė barely lags behind other cities in Šiauliai County in terms of the average salary. But the unemployment level here is one of the highest in the country. 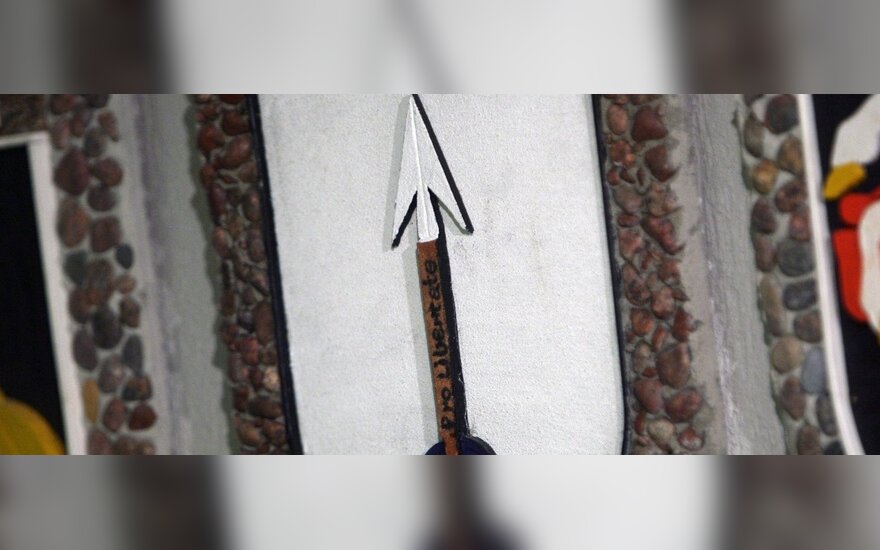 Due to the abundance of limestone, used for the production of cement, in surrounding areas, the district center, Naujoji Akmenė, is traditionally considered a heavy industry city where one of the biggest employers in the area and the only cement producer in the country, Akmenės Cementas, operates.

But the situation on the local labor market is set to change soon as Vakarų Medienos Grupe (VMG), one of the largest wood and furniture producers in the Baltic states, plans huge investment.

VMG launched here the construction of a particleboard plant for 140 million euros in the middle of August. The facility is set to come online in early 2020 and employ around 150 people, eventually bringing the total number of jobs to around 1,000.

Related articles
Mayor of Lithuania's Akmene on Russia trip: it should be promoted, not condemned
Tax credit brings 25 million-worth of investment to Lithuania – film center

"The biggest obstacle for businesses to come to regions is a lack of qualified workforce. VMG has said openly that some people will be brought from the Mogilev plant in Belarus. The arrival of an investor will definitely raise the salary bar as workforce has its own price and value. Young people find it difficult in the regions as there are few alternatives when looking for a job. So the appearance of new enterprises increases the number of those alternatives and makes living in the region more appealing," Akmenė District Mayor Vitalijus Mitrofanovas told BNS Lithuania.

"A lot of people have left these territories, and I hope they will come back when they see they can get the same salary here in their home country. Even if the salary is slightly smaller, people will be able to live close to their families and friends. I do believe that people will return to this region and find employment with us," Paulauskas told BNS Lithuania.

Unemployment stood at 11.9 percent in Akmenė District in late August and has been going down in recent years but remains one of the highest in the country. Unemployment is only higher in Kelmė (13.7 percent) among cities in Šiauliai County.

Major employers in Akmenė District are not afraid of the arrival of VMG but do recognize that certain movement of workforce is unavoidable.

"The redistribution of workers constantly takes place but the more we invest, the more the number of vacancies goes down. The creation of 1,000 jobs is only for the better as it will raise the values of the city, and young people will have options after finishing school. Fair competition is always good," says Richardas Sudaris, an Akmenė District councilor and sales director at Akmenės Cementas, having 500 employees.

He believes the arrival of VMW should make Akmenė District a center of attraction.

Mayor of Lithuania's Akmene on Russia trip: it should be promoted, not condemned