(1)
DELFI, BNS
aA
Air Lituanica, Lithuanian airline owned by the municipality of Vilnius, has announced that it is stopping operations as of Saturday. 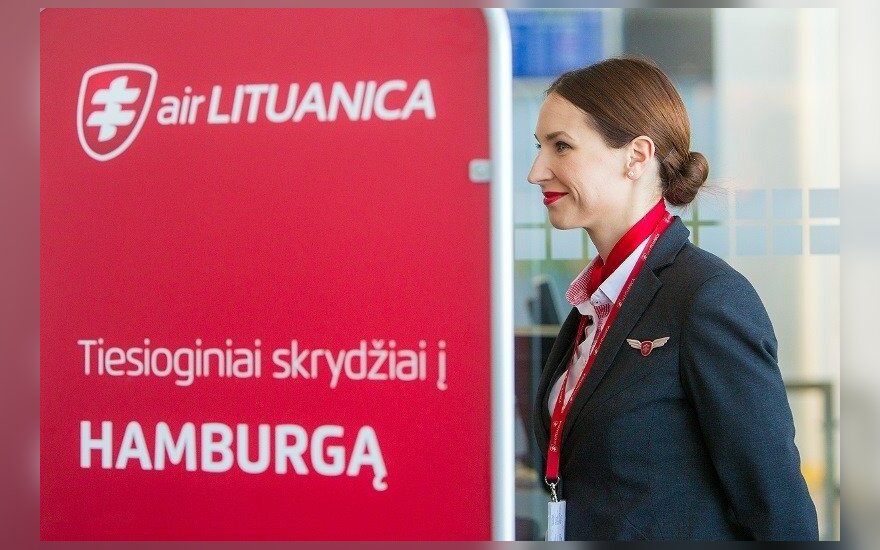 According to a press release, "there is a risk that due to financial strain the company might fail to fully fulfil its commitments to passengers, [therefore] it stops flights on all of its routes".

Air Lituanica says it has agreed with Latvian airline AirBaltic to cover some if its pre-bookings. The company says it is taking measures to take care of the rest.

"The solution for some passengers has already been found. Air Lituanica has agreed with AirBaltic and passengers' carriage is guaranteed for the next 8 days. The rest of the flights will still be discussed," Air Lituanica said in a statement.

"Air Lituanica made an immediate payment for AirBaltic for the flights for the next eight days, so all the passengers have guaranteed flights with AirBaltic," it said.

Air Lituanica spokeswoman Sandra Meškauskaitė has told BNS that there will be more clarity as to flights after May 29 next Monday at the latest.

According to preliminary data, the airline has sold 2.2 million euros worth of tickets for the current summer season which ends on the last Sunday of October.

Air Lituanica on Friday is operating its last flights to and from Amsterdam, Paris and Tallinn. In the next eight days, AirBaltic will accept the Lithuanian airline's passengers on flights to Amsterdam, Brussels, Prague, Munich, Paris, Billund, Stockholm, and Tallinn.

In a bid to save the airline from bankruptcy, the previous local authority of Vilnius asked the central government for financial or other help and tried to find a strategic investor, but these efforts were unsuccessful. The city has recently allocated 6.872 million euros to the financially-troubled carrier, but the new local authority has said that it will not provide additional 5 million euros necessary for it to keep operating.

It was expected back in 2012, when the airline was established at the initiative of the-then mayor, Artūras Zuokas, that a strategic investor would buy 49 percent of its shares.

The suspension of operations by Air Lituanica, a cash-strapped Lithuanian airline that has operated flights for almost two years, is a clear signal that the Baltic countries should take a common approach to flights, the chief executive officer of Latvia's AirBaltic said.

"Today's event in Vilnius is a strong signal that the three Baltic countries should take a common approach to their aviation," Martin Gauss said in a press release.

AirBaltic has taken over a part of the failed airline's flights and will consolidate its position in Lithuania, which it sees as a home market, the CEO said.

"Our home market for AirBaltic is Latvia, Lithuania and Estonia. We will consolidate and strengthen our service in our home market by offering more direct flights. We announce the first direct routes out of Vilnius to Western and Northern Europe today and will evaluate additional ones gradually," he said.

Investor would have saved Air Lituanica

Air Lituanica could have been saved by an investor, transport minister says.

He mentioned airBaltic and Estonian Air among potential investors in Air Lituanica.

“Potential investors, as far as I know, three or four, did approach the company. However, they either failed to agree on the terms and conditions or were taken aback by other unfavorable economic circumstances… Those potential investors included airBaltic and an Estonian company… There also were certain investors from South Africa,” Sinkevičius said.