Air Baltic puts off resumption of flights in Baltics

BNS
aA
Latvia's airline Air Baltic, which planned to resume the service between Vilnius and Riga on May 13, has cancelled all flights scheduled through May 17 and it is not clear yet when they may be resumed.
Sekite svarbiausias naujienas socialiniuose tinkluose! 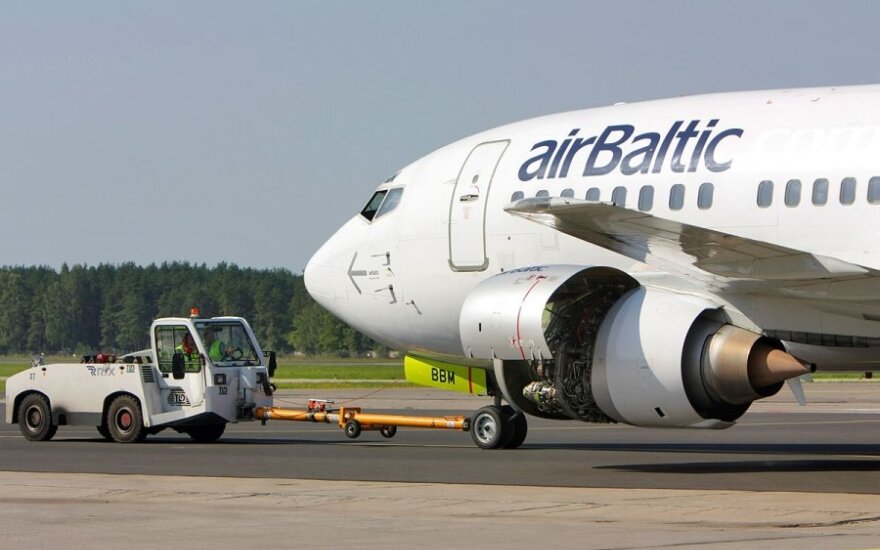 Air Baltic has announced on its website that it is temporarily suspending flights from Latvia, Estonia and Lithuania until May 17.

The airline told BNS on Monday that it had cancelled all 28 scheduled flights from Riga and back, including Vilnius, between May 13 and May 17. The company is also suspending bookings for flights until June 9 after the Latvian government has extended the coronavirus lockdown until that date.

"Flights have been canceled until May 17; ticket sales have been suspended until June 9," the airline said. "Flights after May 17 will depend on future decisions by the Latvian government."

Tadas Vasiliauskas, a spokesman for Lietuvos Oro Uostai (Lithuanian Airports, or LOU), the operator of Lithuania's three international airports, has confirmed to BNS that Air Baltic's flight will not operate on Wednesday as planned.

"The company has not yet provided any details about its further plans," he said.

Vasiliauskas said that Germany's Lufthansa had confirmed that its flight from Vilnius to Frankfurt would go ahead as planned on Wednesday.

The spokesman added that other airlines had not yet confirmed information about their planned flights.

The Lithuanian government plans on Wednesday to relax the existing flight approval rules and lift...

Latvia's Air Baltic announced that it would relaunch direct flights from Vilnius to Tallinn on May...

Flights to Warsaw and Oslo may resume soon

Regular flights from Lithuania to Warsaw and Oslo are likely to be relaunched in the near future,...