www.DELFI.lt
aA
The three Baltic States reached consensus on the inclusion of Vilnius into the European rail gauge Rail Baltica 2 but it does not yet guarantee that it will be implemented or that European funds will be available for the project. Professor and economist Ramūnas Vilpišauskas says that the current wording implies that the issue is simply postponed until a later date. 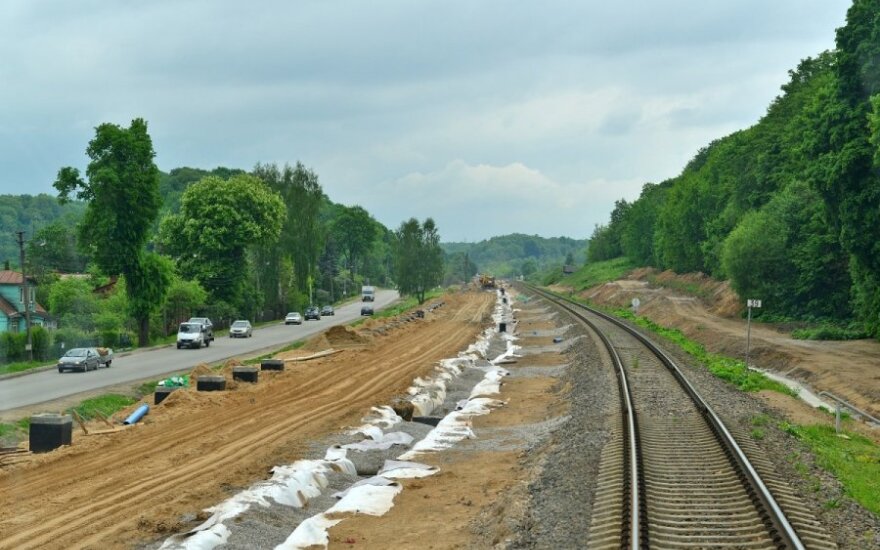 On Saturday, the prime ministers of the three Baltic States signed a political declaration on founding of the company for the joint project implementation. Finally, the company RB Rail should be established upon finishing of all technical formalities.

Some time before, the negotiators of the three Baltic States agreed that it would be included into the shareholders’ agreement that Vilnius was an integral part of Rail Baltica 2 and all three countries undertook to seek European funding for it.

Thus, the project should start without Vilnius, which is planned to be included later.

“It seems to me that the issue is simply delayed and it is a sign that at least the issue of a clear source of funding remains unresolved. It remains unclear whether sufficient efforts will be made and whether all parties involved will agree to turn the ambition into real solutions with appropriate funding from the European Union (EU) funds,” the Director of the Institute of International Relations and Political Science Professor Ramūnas Vilpišauskas said.

According to him, the Lithuanian government, that has spoken constantly about the Vilnius connection, agrees with such an abstract declaration because it is under pressure to reach an agreement that would allow to continue the work and funding from new financial perspective of 2014. 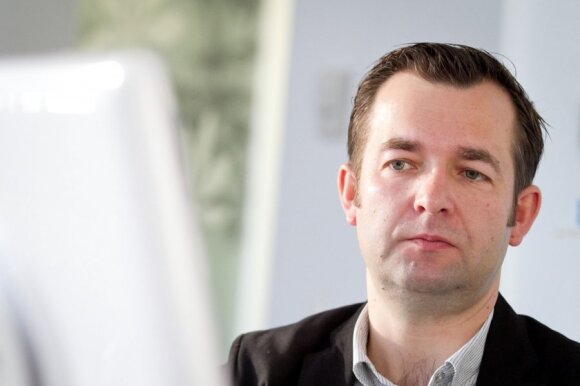 “All parties involved understand the need to take account of internal politics and send signals that each party got what they sought. In this case, primarily, I am talking about Lithuania. Usually in such cases, you can discover a variety of formulations that may just postpone the decision to the future. As far as I understand from what has been agreed, there are no guarantees,” he said.

However, there is a risk that the introduction of Rail Baltica 2 project without Vilnius will mean that getting European support later might be much more complicated.

“Definitely, it is not easy to adjust the funding when the project is already in progress. Of course, such a possibility exists, but it will be more difficult to do so in the course of the project. It’s hard to say, maybe it will be postponed for the next financial perspective after 2020,” the professor said.

Where will trains stop in Lithuania?

According to him, there are more unresolved issues. For example, the issue of the joint company and the country of its registration. So far, it has not been told officially where it will be registered, since the country of registration would gain access to tax revenues and new jobs for its people.

“Obscure route for trains and unclear stops. At least now, there is no clarity on this issue,” Vilpišauskas said, adding that he heard rumours about express passenger trains making no stops in Lithuania at all.

The professor would not say whether Vilnius should be a part of Rail Baltica. This would be a question for experts, he said.

“I have no doubt that there are arguments for and against. But the main thing that had to be done is to consider everything properly and reach a political consensus before starting the project. For purposes of the process itself, it is surprising that this issue has not been raised since the beginning of the project. However, Vilnius is an important point of Lithuania logistically. New debate starting in the course of the project weakens the bargaining position of Lithuania, since the other partners may reasonably raise the question of why it has not been consulted before,” he said.

In Vilpišauskas’s opinion, this is another example of insufficient preliminary analysis of an important issue on the part of various political forces in Lithuania.

“Once this is done, it can be implemented smoothly without changing the design parameters and implementation mechanisms as soon as composition of Seimas and the ruling majority change. There are more such examples, however, particularly in the area of energy,” Vilpišauskas lamented.

“With regard to the inclusion of Vilnius, I realize that this is more of a declarative intent so that Lithuania feels reassured and the process does not stop,” he told DELFI. 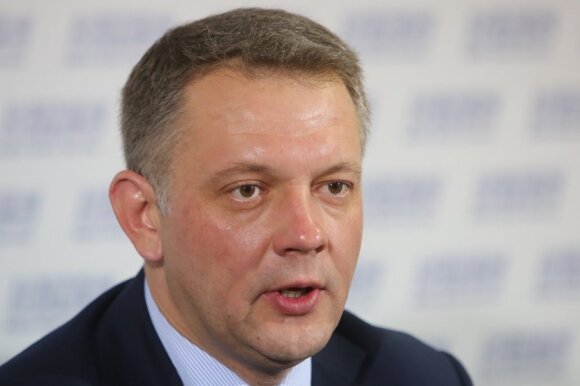 Masiulis pointed out that AECOM study was conducted where Vilnius was not a part of the track. This project is considered as the main one and it was agreed on by the European Commission (EC) and presented in Brussels several times.

“It is clear that the integration of Vilnius is consolidation of an objective; a formula that would allow Lithuania to preserve face is found, but really there is very little chance that the branch from Kaunas to Vilnius will be financed from the European funds. I would say that there is a small tragedy. I think that inclusion of Vilnius into Rail Baltica is possible by creating an integrated ticket; a person boarded in Vilnius arrives by broad gauge to Kaunas and then moves into a Rail Baltica train,” he said.

Rail Baltica 2 feasibility study bypassing Vilnius was implemented when Masiulis was the head of the Ministry of Transport. He claimed that this was done in order to achieve a sufficient speed of the carrier.

“In order to achieve high speeds, geographic routing straightness is very important. I cannot imagine how to ensure rapid connections between Warsaw and Tallinn, if the train comes to Kaunas and then runs to Vilnius and then comes back to Kaunas, and then rides to Riga. This is absurd,” the former minister of transport said.

According to him, Vilnius should not suffer because the general railroad track will be reconstructing using European funds.

Without consensus, the problem is only Lithuania’s

Earlier, the minister of transport had said the track from Vilnius to Kaunas could cost about one billion litas. The neighbours worried about it, since less European money would remain for other parts of the track. Earlier this year, Estonian representatives said that Lithuania should pay for that section itself.

According to the Slapšys, no one can say right now how much and what kind of funding will be received for the Vilnius section.

“Funding is the guarantee provided the application is submitted, where specific projects are listed and approved by the EC. Now, Rail Baltica 2 project is given priority and funding is provided for it. Today, no one can answer how much and what funding exactly this project will receive,” Slapšys commented.

It is planned that the EC will assign up to 85 percent of the necessary funds for Rail Baltica 2.

According to Slapšys, the joint company of the three Baltic States will be established in Riga. It had already been decided by the previous government.

“The train stations could be on the border with Poland, in Kaunas and on the border with Latvia and in Vilnius. Specifically, this should become clear at the stage of the detailed design,” he commented on fears that the train might not stop in Lithuania.

The joint company was established upon the EC’s request. In the current AECOM study of Rail Baltica 2, according to which the construction of the track is planned, Vilnius is not provided for. The plan envisions the high-speed railway track passing from Warsaw via Kaunas, Panevėžys, Riga, and Tallinn to Helsinki.