BNS
aA
An outbreak of African swine fever (ASF) has been reported in a Lithuanian pig complex owned by Danish company Idavang, which has already started the culling of more than 18,000 pigs kept at the farm. 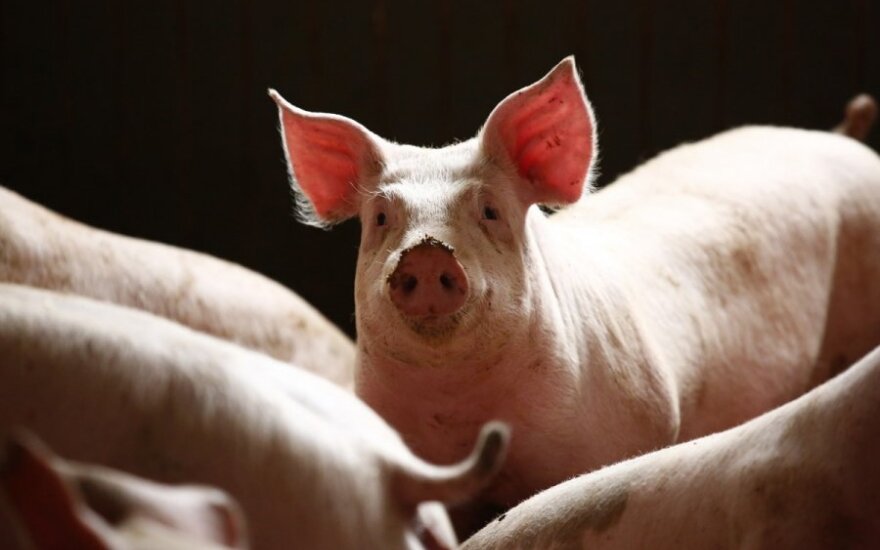 This is the first case of ASF in domestically-bred pigs in the country.

Lina Mockutė, spokeswoman for Idavang, confirmed to BNS that the virus had been found in one of the best protected complexes.

“The complex is located between the border with Latvia and the south-eastern part of Lithuania. Therefore, it was subject to special safety measures. We don’t know how the virus could have found its way to the complex and it’s one of the key questions, which we are trying to answer,” she said.

The State Food and Veterinary Service is monitoring the situation at the complex and is conducting an investigation, according to Mockutė.

She says Idavang keeps approximately 18,400 pigs at this farm.

Meanwhile, the State Food and Veterinary Service has stated on Thursday that there are 19,400 pigs kept at the complex.

The Service has established a protection and surveillance zone around the farm.

Earlier this year, ASF was confirmed in two wild boars in Lithuania. In response, the forests affected were fenced off to prevent further spread of the virus.

Prosecutors to be involved

Lithuania's Minister of Agriculture Virginija Baltraitienė says that the prosecutors will likely to be involved in investigating the African swine fever outbreak in Ignalina district.

"All the pigs will be culled and reasons for the fever will be investigated, as it is not the only outbreak in that territory, maybe even the prosecutor's office will be addressed to investigate the source of the virus. European Union institutions have to be informed as well as neighbouring countries, tomorrow the situation will be clearer. Everything is taking place in a closed, localized place," told the minister to the national radio LRT on Thursday.

Russia admits that Lithuania is the most proactive in the European Union (EU) in fight against...