BNS
aA
The Good Will Foundation, the administrator of a public fund for compensation for Jewish communal property seized by the Nazis and the Soviets, is taking over state-owned premises in downtown Vilnius and is considering acquiring more buildings in various Lithuanian cities and towns in the future. 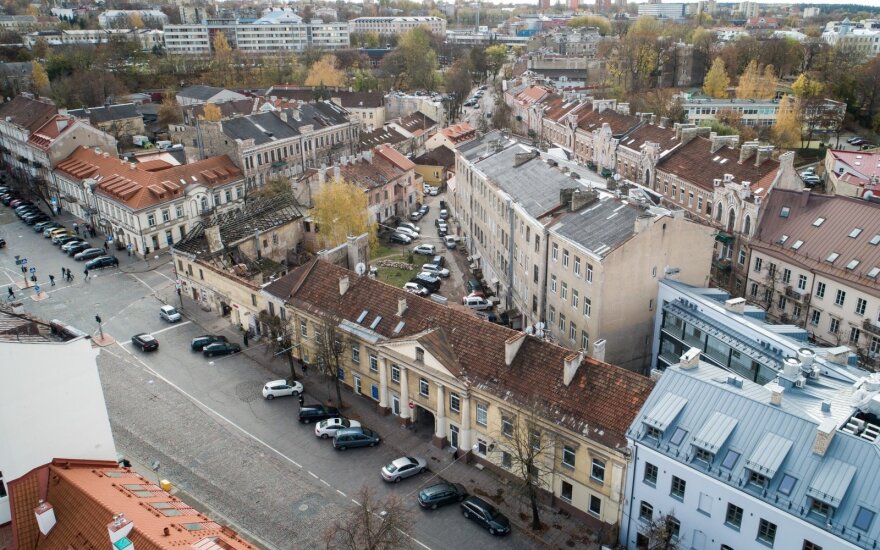 The Culture Ministry has tabled a draft government resolution that provides for transferring the ownership of the Lithuanian Jewish Community's Pylimo Street 4 premises, worth almost a million euros, to the foundation. The LJC currently uses a part of the building under an agreement with the state.

The transfer will reduce the amount of cash compensation, at around 3.6 million euros annually, payable by the state.

"We want to ensure a lasting value for Jewish communities when the compensation scheme is over. Buildings, real estate are a lasting value," Indre Rutkauskaite, director of the Good Will Foundation, told BNS.

The foundation is currently in talks with the Vilna Gaon State Jewish Museum, which co-owns the building, on how to divide the land that is part of the property.

The Good Will Foundation will have to lease the premises to the LJC or grant it the right to use the premises under a special agreement, Rutkauskaite said.

LJC Chairwoman Faina Kukliansky told BNS they would want to lease the premises at a symbolic price.

The Good Will Foundation is also considering acquiring other state or municipal-owned premises and thus reduce the amount of compensation.

Next November, the foundation's board may take decisions on taking over the ownership the Sanciai Synagogue and the Hassidic Synagogue in Kaunas and the Panevezys Synagogue, according to Rutkauskaite.

The foundation is also trying to persuade the Siauliai and Klaipeda Jewish communities to allow it to purchase the buildings that currently house these communities.

Payments into the fund for compensation for Jewish communal property began in 2011 and will end in 2023.

A total of just over 37 million euros was planned to be paid into the fund, but the amount will be reduced by the value of the acquired buildings.

The foundation uses around half of the annual payment to fund various projects linked to the Jewish culture, science, education, social protection, religion or sports. The rest of the money is set aside for the future.

Some 90 percent of Lithuania's total pre-war Jewish population of around 208,000 were killed during the Nazi occupation period between 1941 and 1944.

A commemoration of the victims of the Holocaust was held at the Paneriai Memorial in Vilnius on...

Faina Kukliansky. Jews in Lithuania are experiencing a value challenge (1)