BNS
Jonava-based fertilizer producer Achema and gas trade company Achema Gas Trade, both part of the Achema Grupe (Achema Group), one of the largest business groups in Lithuania, have turned to the Court of Justice of the European Union over the maintenance regime of the Klaipeda-based LNG terminal, in force since the start of this year. 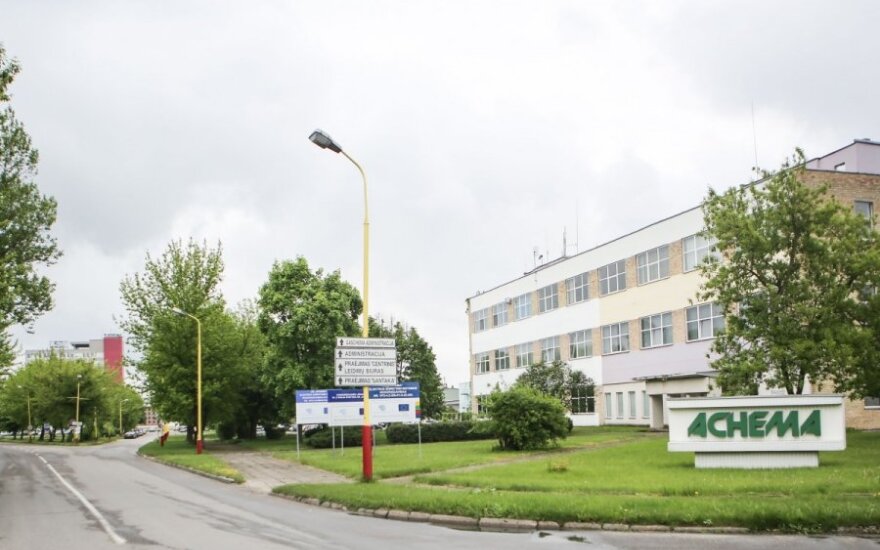 Lawyer Gintaras Balciunas, a deputy board chairman at Achemos Grupe, told BNS Lithuania the companies are appealing the European Commission's decision in October to authorize state aid to the Klaipeda LNG terminal.

"The problem is that LET gets compensation for LNG evaporation and to cover the difference between the purchase and sale prices for gas bought from Equinor. Therefore, other market participants, including Achema Gas Trade, lose competitiveness. When selling natural gas to heat producers where the market volumes stand at around 360 million cubic meters, LET can in fact offer any price as the difference will be paid by Achema and other gas consumers through the LNG fee," Balciunas told BNS Lithuania.

He also pointed to the fact that Achema, as the largest natural gas consumer in the country, also pays the largest share of the LNG terminal's maintenance fee.

"As much as 50 percent of the compensation LET gets for offering a lower price than Achema Gas Trade and other gas suppliers is in fact paid by Achema. In our opinion, this is totally unfair and does not meet any competitions conditions," Balciunas said.

He said the decision to turn to the CJEU is not aimed at challenging actions of the Lithuanian government but to challenge the EC decision to approve changes to the state aid to the Klaipeda LNG terminal.

In October, the EC, based on EU state aid rules, approved a new procedure for awarding compensation to LET for it to ensure the necessary amount of LNG to maintain the LNG terminal's normal activity. Based on the new procedure, energy producers are not obliged to purchase gas from the designated supplier LDET, and the company's costs, just as before, are compensated from the so-called LNG terminal security component.

Under the contract with Equinor, LET is still obliged to purchase the necessary volume of LNG, four shipments a year, which it then sells on the Lithuanian, regional or international market. Under the new model, the price of the sold necessary gas amount is unregulated, and LET is also no longer compensated for activity and gas balancing, exchange and storage costs which the company now financed from its revenue.

Agnia Grigas: Lithuania is not an “energy island” anymore

Lithuanian Foreign Policy Review sat down with Dr. Agnia Grigas , who is a leading international...