the Lithuania Tribune, LRT
aA
A survey shows overwhelming public support for a spontaneous boycott action in May when shoppers where urged to avoid major supermarket chains in protest of rising food prices. 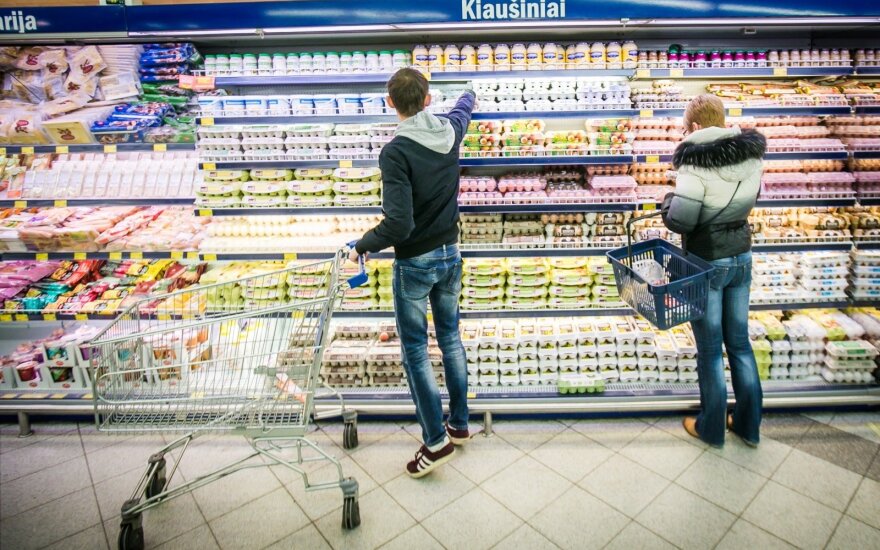 The three-day boycott in mid-May was supported by eight out of 10 people surveyed by Baltijos Tyrimai, although slightly fewer, two thirds, said they actually joined the action.

The survey was conducted two weeks after the boycott. Fourteen percent said they disapproved of the action and 6% offered no opinion.

Sixty-three percent of those surveyed said they refrained from shopping at the major supermarket chains during the three-day action, 34% said they did not join it and 3% refused to answer the question.

Romas Mačiūnas, marketing director at the pollster Baltijos Tyrimai, says the protest action, which was organized on social media after people started posting photos of price tags on staple foods, shows that food prices are a sensitive issue to many people in Lithuania, especially those in the lower income group.

The Lithuanian government instituted a price monitoring programme for one year after the country switched to the euro in January 2015 in order to check price rises. However, after the measure expired, consumers have been complaining of sudden price rises, even though statisticians have reported close-to-zero inflation.

Food less affordarble in Lithuania than in Denmark

First locally grown strawberries have reached Lithuanian marketplaces, but high prices have made...

A march to protest against the high prices of goods was held in Kaunas on Saturday as a follow up...

Why are Lithuanians paying the same prices for goods as Germans? (3)

Germans earn about five times more than Lithuanians, but the prices of goods in these two countries...

A three-day boycott campaign in protest of retailers raising food praises have been a partial success,...