DELFI EN
aA
Precisely 5 years have passed since the time when on 1 July 2014, the merger of all the Lithuanian airports into one company – Lithuanian Airports – was announced, the company writes in a press release. 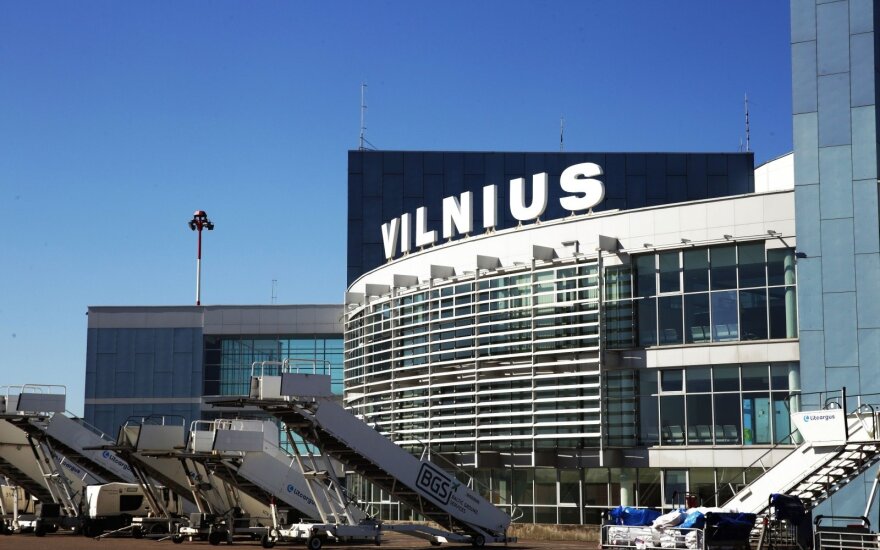 The results show that the unification of Vilnius, Kaunas and Palanga Airports has proven successful: from the merger up to now, Lithuanian Airports calculate a profit (EBITDA) which has increased by as many as 235 percents, continually rising return on property and million dividends to the state that have grown each year.

According to the Head of the Lithuanian Airports Marius Gelžinis, the strategic decision to unite all three national airports, first of all, has brought a sizeable benefit to the state. Each year, the enterprise pays millions of dividends to the country’s budget, which amount after the unification of all the airports has grown by nearly 14 times: from EUR 609 thousand in 2013 up to EUR 8.5 million in 2018, paid already this year.

“Based on data of the Airports Council International, Lithuanian airports create about 2.5 percent of the country’s GDP, and against the general context of the country, this is a solid achievement. We work consistently in order to remain competitive not only in the region but also in the whole Europe, what also grows our financial indicators: each year we attract new destinations, the number of passengers increases, besides we expand the range of non-aviation services”, told Mr. Gelžinis.

Vilnius, Kaunas and Palanga air gates meeting record-breaking passenger flow each year calculated nearly 44 million euros in comprehensive income last year, and nearly EUR 17.7 million in EBITDA, as compared with 2013, the last year before the merger of the Lithuanian airports. These are the figures bigger by 111 percent and as many as 235 percents, accordingly. Prior to the merger, the comprehensive income of the airports totaled slightly more than 20 million euros, whereas EBITDA profit was 5.3 million euros.

During the last five years, the profitability of the uniform company consistently grew by 18 percentage points each year.

“Return on assets (ROA) is also a very important indicator that shows the effective management of the company. After all the three airports merged into one company, ROA also continued to grow and by 2018 it even increased from 0.1 and 4.4 percent. Return on equity (ROE) increased from 0.2 to 6.9 percent. This shows that we are going in the right way, whereas the work of our team creates a consistent and stable growth of the company”, claimed the Head of the Lithuanian Airports.

The growing capital of the company and return on investments was not stopped by the closure of Vilnius Airport for even several months in 2017. According to Mr. Gelžinis, pleasing results were achieved even after the suspension of the country’s largest airport. Gross income and dividends payable to the state grew, as well as the net profit, EBITDA, whereas return on assets and equity only slightly yielded to the results of previous years.

“The year 2017 was a non-typical year. At their beginning, we planned a loss of about 3 million. However, irrespective of that, the year 2017 was nevertheless more successful in a number of aspects than any previous years, or even 2016. Gross income during that year grew from EUR 29 million to EUR 33 million, whereas dividends even doubled – from EUR 1.7 to EUR 3.4 million. This was a good acceleration to the year 2018 which was record-braking for the Lithuanian Airports in all respects”, claimed the Head.

Although overall results in 2019 will be calculated only at the beginning of the next year, it may be assumed on the basis of current positions that they will most likely exceed the year 2018 which has been the most successful for the Lithuanian Airports, and will significantly increase the net profit, EBITDA, as well as other financial indicators.

New flights from Kaunas Airport will be launched

Irish low cost airline Ryanair will launch flights to the German cities of Cologne and Nuremberg from...