(1)
Linas Jegelevičius, LT Daily
With only a few days into 2016, decision-makers in the Lithuanian seaport of Klaipėda glance over their shoulders assessing the previous year, but eyes are already set on the future. Everyone agrees that if it all pans out as planned, Klaipėda in 2016 will be a place to watch. 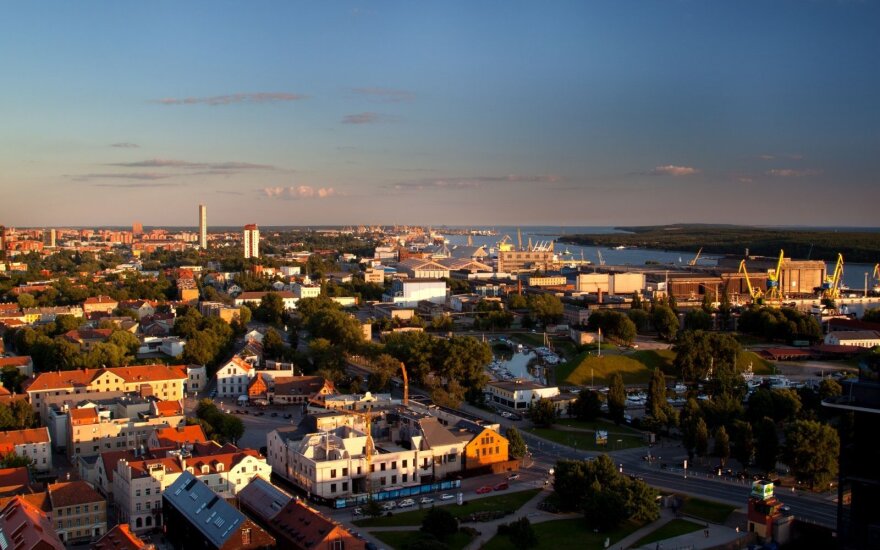 “Our estimate is over 60,000 passengers. In comparison, 57,000 cruise ship passengers visited our seaport last year. The increase was largely prompted by the fact that larger passenger liners started mooring in the port. Generally speaking, every year, Klaipėda sees more arrivals of larger cruise ships, containing 2,000 passengers and more.” Savickienė told The Lithuania Tribune.

Previously, she said cruise liners would be filled with retired people who could afford the time and expense to take cruises. But with the ships expanding in size and cruise prices falling, the trips had become more affordable to younger people and people with even moderate incomes.

“Not surprisingly, last summer, we saw many young sea travellers, a lot of young families too,” the TKIC director said. The largest liner to dock last year was the “Serenade of the Seas” at 293 metres. 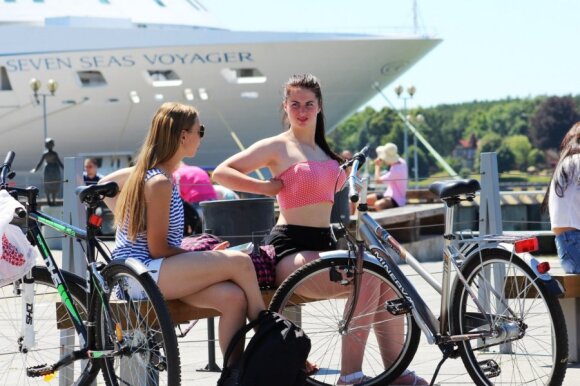 Having arrived for a limited time, the passengers often embark on pre-paid excursions to the Curonian Strip, Palanga, Ventės Ragas, Lapių village and Kretinga monastery.

“Many of the cruise ship passengers would take advantage of the long bike lanes stretching 220 kilometres from Nida to Šventoji and from Klaipėda to Šilutė, not to mention all the lanes criss-crossing Klaipėda,” Savickienė said.

She said the Lithuanian seaport sees growth in tourist flows every year and 2015 was no exception.

“Recently, the numbers were picking up 2-3% yearly and this trend continued this year. This year TKIC has seen more guided tourism groups, especially those consisting of Germans,” Savickienė said.

“As we are pushing to bolster cruise ship tourism, we hope we will see more cruise ship passengers arriving at the Klaipėda cruise ships terminals next year,” she said. Over 40 cruise liners have already booked their slots in the terminals in the new season.

Breaking down the visitor statistics, German tourists sit on top – 46% of the city guests in 2015 were Germans. They were followed by Scandinavians, Poles, Latvians, Americans and Russians. 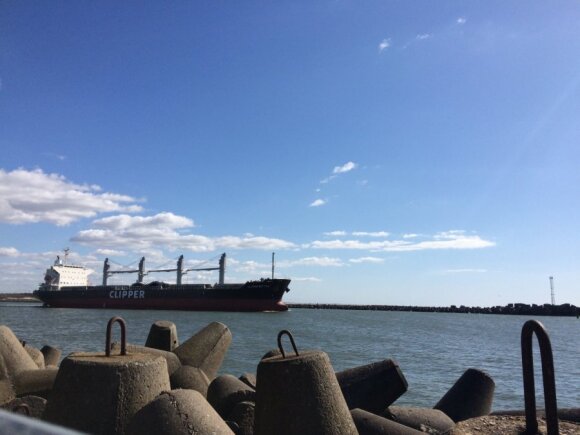 “The decrease of Russian tourists from Kaliningrad is tangible, although it was not as steep as in neighbouring Palanga,” the director said.

Asked what the visitors usually mentioned as missing in Klaipėda, Savickien said: “Many would like to see a livelier and more bustling centre of the city. Especially in off-season.”

In 2016, the TKIC chief expects to see a further increase of tourists’ interest in boating and sailing.

“Boat trips to Nida and other sightseeing sites are becoming increasing popular with city visitors,” said Savickienė. Some foreign visitors, who are sailing fans, rent a boat and sail in the lagoon or out to sea.

For Eimantas Kiudulas, director general of Klaipėda LEZ, the free economic zone, 2015 was a good year.

“We’ve attracted quite a decent number of new investors to Klaipėda’s free economic zone; however, I cannot tell you the exact numbers off the top of my head,” Kiudulas told The Lithuania Tribune.

He says the year got off to a rough start, but smoothed out during the course.

“Among the newcomers this year are a metal engineering company, a Swedish textile producer, car parts maker and a Lithuanian-capital logistics company,” the LEZ director said. “From what I see now, we will see some new interesting investors in 2016 too.”

Vytautas Grubliauskas, mayor of Klaipėda, has told The Lithuania Tribune that there has been “a good number” of projects which have improved the city’s infrastructure and made the city more dynamic and innovative. 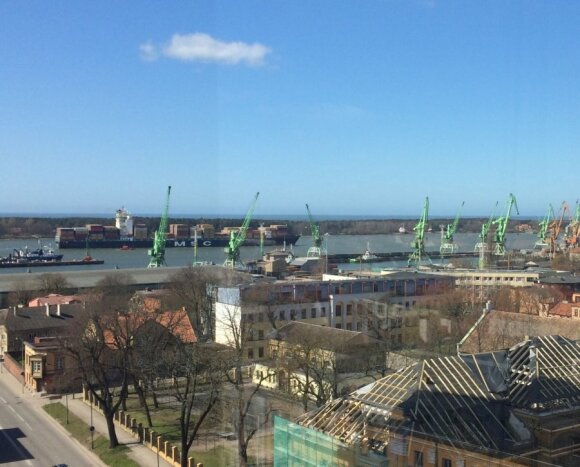 “2015 has been a year that has made our city a well-pronounced symbol of Lithuania’s energy security and independence. Klaipėda has become a major energy hub in the region. The city was coming on top among the other municipalities on budget collection, the implementation of fiscal policies, and meeting fiscal discipline. Klaipėda is the country’s leading municipality in allotments of budgetary resources for the public sector, per capita,” the city’s mayor told.

However, he expressed regret over the stalled construction of Klaipėda’s Castle Museum, an object of national importance. “After the allocation of state investment funds for the first stage of its construction, it has been effectively left on its own since,” Grubliauskas said.

Asked for the most memorable events for the city in 2015, Nina Puteikienė, a councilwoman of Klaipėda City Council, told The Lithuania Tribune: “First, speaking of the city’s culture, tourism and partly economy, I’d single out the completion of Klaipėda Dolphinarium’s reconstruction. Now it is three times larger and can accommodate around half a million visitors every year. It will definitely have a palpable impact on expansion of tourism not only in Klaipėda, but in the entire region, too,” Puteikienė told. 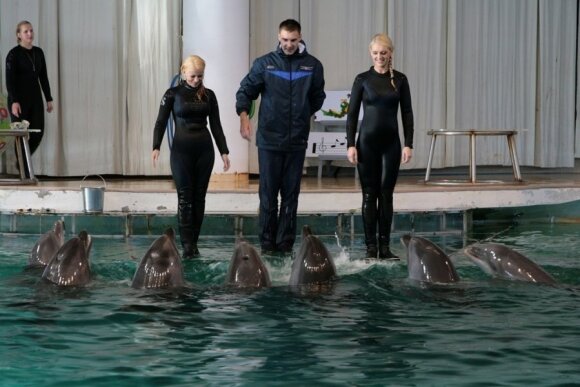 “The demise will be ill-affecting not only Klaipėda, but the whole country, too. Let’s put aside economic aspects of the matter. To me it seems, with the collapse, we have stopped being a maritime nation. Now we merely are a country by the sea,” Puteikienė said.

The list of Puteikienė’s most memorable events in the city in 2015 ends with the inauguration of the completely reconstructed Klaipėda Drama Theatre.

“It is a huge event not only for Klaipėda, but all the culture of Lithuania. I went to the theatre this week and I was enthralled with the scope of work that has been done there, as well as the prospects that the cultural facility opens up,” Puteikienė said.

The upcoming year, she quipped, will be marked with what she calls “rats’ racing”. “I mean that, with the election campaign running in, many politicians and political wannabes of all kinds will do whatever it takes to get media’s attention in pursuing their populist agenda. Therefore, a lot of populist statements will likely be made along the way. There will definitely be many politicians trying to steal the spotlight,” she said.

New Ferry Terminal to be updated

“The year could have been better, but, well, we cannot complain much, generally speaking. If not for the significantly lower number of Russian car owners using our back-and-forth ferry service from Smiltynė to Klaipėda this year, especially in its first quarter, the year would have been quite all right,” Butvydas said.

In the first quarter, the traffic of Russian cars dropped 18%, compared to the same period the year before. 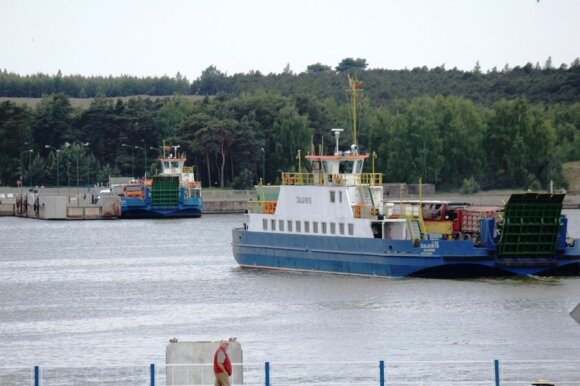 However, “in summer and particularly at the end of year, the numbers of Kaliningradians coming to Klaipėda have risen”, the director said.

He describes 2015 as a year of some “major homework” which will be subject to testing over the coming years.

“We’ve drawn up plans for reorganization of the New Ferry Terminal, which will involve expansion of the territory, renewal of the ferries and so on. We hope that, after the changes, the time of boarding, haul and disembarkation will be cut twice or so,” the “Smiltynės perkėla” boss revealed.

Some major infrastructure improvement works, he says, will be done on the other side of the lagoon, in Smiltynė.

“We want to make the service more convenient for passengers and car owners; therefore, the plans to provide information about ferry arrivals and departures on large and visible from far digital boards. A lot of the mentioned works will be carried out in the new year, while some of them will extend beyond 2016,” Butvydas said.

The government will establish a special working group to supervise the Klaipeda seaport's expansion, a...

A new cruise season is kicking off in the Lithuanian port of Klaipėda with the arrival of this year's...