LT Daily, DELFI
aA
As the general elections approach, Lithuania's political parties have become acutely aware of fluctuations in their popularity ratings. The social democrats, the biggest party in the current ruling coalition, continue to top survey results, but will that translate into votes and, eventually, into parliamentary seats? 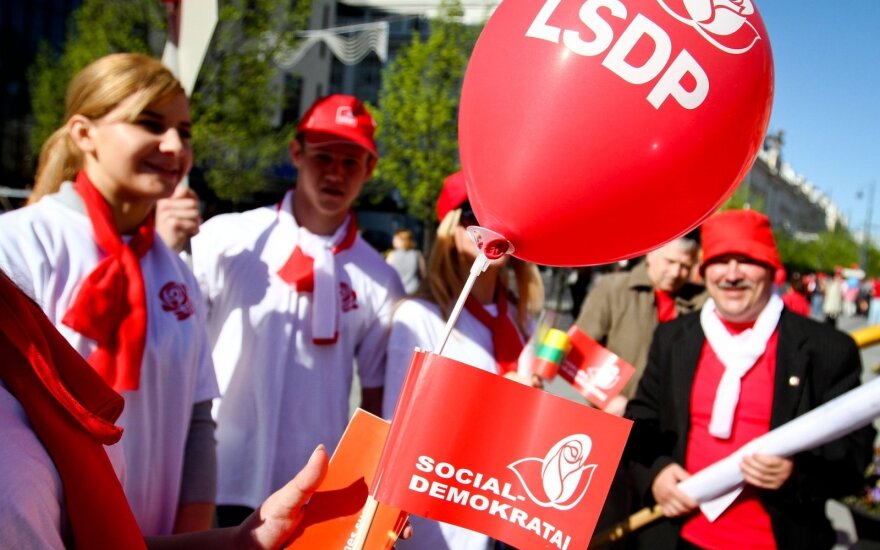 The Social Democratic Party has been consistently ranked the most popular political organization in the country, defying the general trend that governing parties usually suffer declines in their popularity. In a recent survey, conducted in December, 23% of the respondents said they would vote social democrat if elections were held the following Sunday. Very similar poll results were reported in November and October.

The Liberal Movement is currently the second most popular party with 13.5% of those polled willing to vote for them in an election. The Homeland Union - Lithuanian Christian Democrats came in third with 9.5% of voter’s preferences.

The Order and Justice party was rated fourth with 8.5%, followed by the Labour Party (7%), the Peasant and Green Union (5.5%), and the Electoral Action of Poles in Lithuania (4%).

About one sixth of respondents, or 16.5%, said they would not vote at all and 7.7% were undecided.

Higher ratings for parties should mean more votes and more parliament seats, but there are some complications. Firstly, Lithuania uses a mixed electoral system, electing 70 out of 141 MPs from party lists in multiple-seat districts according to proportional representation. The remaining 71 MPs are selected in single-seat districts in a plurality vote. In the latter vote, the popularity and community ties of individual candidates can take precedence over party ratings.

Another issue is how disciplined a given party's voters are, some of whom may engage in "strategic voting", preferring candidates they think stand more of a chance to winning a seat in parliament. 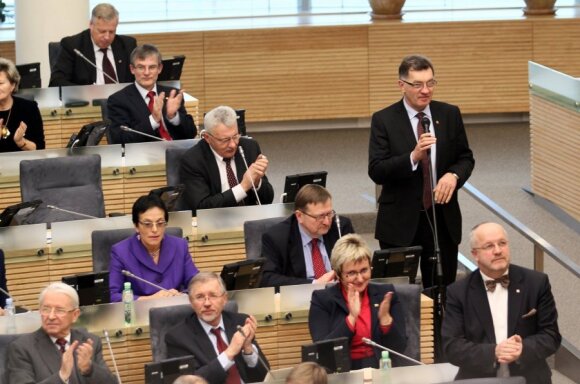 "When they vote in elections, people often say they want more new faces and that is our weakness," a member of the Social Democratic Party, who wanted to remain unnamed, told DELFI. "Opinion polls reflect people's reactions to the current situation, they're essentially answering the question 'are you OK with the way things are now'. In elections, people vote for the future, they thus communicate their expectations.

It is perhaps in response to this weakness that the Social Democratic Party is recruiting several high-profile figures to enliven its candidate list. One of them is athlete Virgilijus Alekna, a multiple world and Olympic discus throwing champion. Another newcomer will be Interior Minister Saulius Skvernelis, who has seen his ratings soar over the last few months.

The social democrat who spoke anonymously to DELFI said many people in the party were aware that it had big potential to win seats, but was failing to tap into it.

"The same happens in every election: we lose in the multiple-seat constituency, what pulls us out are single-seat districts. We are aware of the problem," he said.

Research shows that the social democrats are viewed rather positively by other parties' voters. Comparably few respondents rate the party very negatively.

Moreover, there is a lot of overlap between social democratic voters and those of other parties, particularly the Labour Party, Order and Justice and, to some extent, the Liberal Movement.

In surveys that allowed respondents to pick more than one party, the social democrats were selected by over 40% of the respondents, giving the party the top average rating. This means that people do not mind voting social democrat, but need additional incentives to make it their preferred choice.

"There is a lot of inertia in our midst. The way election campaigns are run, candidate selection hasn't changed in 15 years. We fail to use the potential we have, we squander votes to the advantage of the liberals, the Labour Party, others. It's an obvious fact, but I'm not sure if the party is ready change its management," said the social democrat who spoke to DELFI.

Parties should not rely on opinion polls too much because many voters make very spontaneous decisions whether to go to the polls or not, said political scientist Vytautas Dumbliauskas, associate professor at Mykolas Romeris University.

"If it rains, they don't come, if it's sunny, more come," Dumbliauskas said.

Social democrat voters are particularly volatile and unruly, he said. For instance, 144,000 voted for the social democrat party list in the 2008 elections and 251,000 four years later. By comparison, the conservative Homeland Union received 243,000 and 206,000 votes respectively.

"Just imagine, the social democrats 'discovered' 110,000 more voters in the 2012 elections. It is proof that their electorate is very volatile," Dumbliauskas said.

The leader of the Social Democratic Party, Prime Minister Algirdas Butkevičius, has been enjoying consistently good ratings, too. 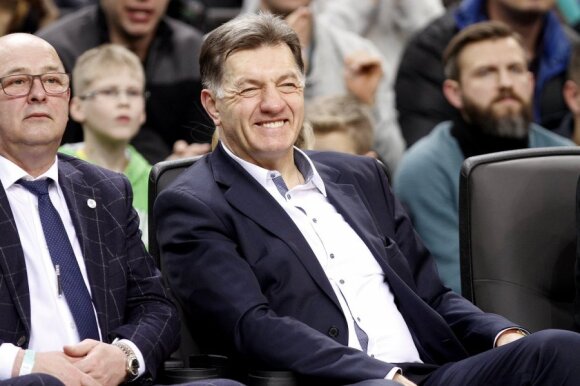 In the December poll, respondents were asked which politician or public figure they could best imagine in the post of prime minister. Butkevičius emerged as the runaway leader with 31.3%.

Other politicians trailed far behind the social democrat leader. Number two was Rolandas Paksas, the leader of the Order and Justice party, with 6.2% of the respondents saying they could imagine him as prime minister. Unfortunately, Paksas, who has already served as prime minister twice, will be barred from taking the post or running in this year's elections due to impeachment.

Surprisingly, although Prime Minister Butkevičius is rated positively, the government he heads is viewed with much less favour.

The survey was commissioned by DELFI and conducted by Spinter Tyrimai between December 12 and 18. 1,010 respondents aged between 18 and 75 were interviewed. The margin of error is 3.1%.

Social democratic and liberal members of the European Parliament are the most productive Lithuanian...

Almost 5,000 legislative bills have been registered at the Lithuanian parliament since it took oath in...

The Council of the Social Democratic Party of Lithuania has granted party leader Algirdas...