Pavel Felgenhauer, Jamestown Foundation
aA
While continuing to exchange barbs, the West and Russia are building a more institutionalized pattern of standoff in Europe that involves increasingly predictable tit-for-tat mirrored actions. Both sides profess their actions to be purely defensive, but these are increasingly robust defences. 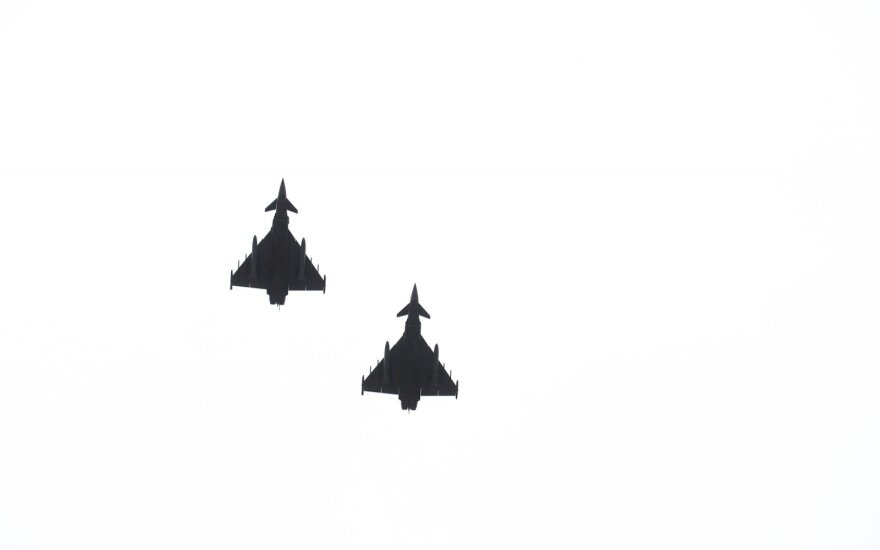 The North Atlantic Treaty Organization’s (NATO) forces have been running a series of military exercises in the Baltic region, including Anakonda-16, to practice swift deployments of allied forces to counter a possible threat to Poland and the Baltic States. Some 31,000 allied soldiers are involved in Anakonda-16, including a Ukrainian contingent. NATO is cooperating ever closer with neutral Sweden and Finland, since a possible escalation in the Baltic region could embroil them as well.

The Kremlin has denounced Anakonda-16 as counterproductive and “undermining the atmosphere of security and trust in Europe.” The Russian permanent representative to NATO, Alexander Grushko, told journalists “it is ridiculous” to claim Russia may invade Poland. According to Grushko, “The constant NATO and US troop deployments, rotations and exercises, [as well as] the decision to deploy four multinational battalions seriously changes the security situation in the region”.

Russia, in turn, began massive snap exercises this week to test the battle-readiness of troops, staffs and weapon stockpiles in numerous storage bases and facilities for performing mass mobilization. The exercises will involve all of Russia’s strategic commands.

The readiness to call up reservists as well as form and arm reserve units using strategic armament stores will be tested—as will the ability of military staffs to organize cooperation with civilian authorities in emergency situations. Russian Defence Minister Sergei Shoigu gave the order to inform Western military attachés accredited in Moscow about the exercise only after it was already in full swing.

The Russian Ministry of Foreign Affairs rejected Western complaints that Russia performs massive war games without prior warning and does not invite observers, contending that snap drills are not covered by existing Vienna Protocols on transparency of military activity in Europe.

The latest all-Russia snap mobilization exercises seem to be a direct preparation of capabilities to fight a big war (global or large regional—like, say, an all-European conflict with NATO).

A big war in Russian military thinking requires a massive mobilization of additional arms and troops. Russian officials insist the latest snap exercises are not a direct response to NATO defence activities, but both sides are eyeing each other’s moves attentively.

In 2014, after the annexation of Crimea and the outburst of fighting in the eastern Ukrainian region of Donbas, the West’s reaction was dismay, close to panic. A continental picket line of sorts was established to dissuade possible further Russian military excursions: six combat companies from the United States were deployed in six NATO eastern flank countries—Estonia, Latvia, Lithuania, Poland, Romania and Bulgaria.

A Readiness Action Plan was adapted by the Alliance in 2014 to create an enhanced rapid response force to reinforce the miniscule US forward forces—two army battalions thinly spread out from Finland to Turkey along NATO’s eastern flank. The worst expectations did not materialize: Russia-backed forces did not march west from Donbas to take Russian-speaking southern Ukraine up to Odesa or link up with the Russian garrison in Moldova’s breakaway territory of Transnistria. Romania and Bulgaria do not seem to be directly threatened, and Ukraine is still resisting. Western defence arrangements in Europe are being shifted to the Baltics and Poland, which look more potentially exposed.

According to NATO officials, there are presently no plans to send any additional foreign troops into Romania or Bulgaria. Romanian authorities have offered to create a multinational Romano-Bulgarian brigade with Western military participation as a nucleus of a future NATO-led multinational divisional command in Romania, but Brussels seems lukewarm to the idea—the brigade has been designated as a Romanian initiative to form a training unit.

After the taking of Crimea, Russia has increased its military profile in the Black Sea. In response, and to soothe Romanian fears, NATO announced plans to create a permanent Black Sea maritime deterrent force, the detailed composition of with has not been announced. The Russian foreign ministry promptly denounced the idea as “destabilizing,” insisting the Black Sea “is not and never was NATO space”.

Alliance members have agreed to deploy four permanently stationed “robust multinational battalions” in Estonia, Latvia, Lithuania and Poland. These multinational battalions will be officially designated at the NATO Warsaw summit and are planned to be deployed sometime next fall. The battalions will apparently carry more political, than purely military weight, since they directly involve contingents from many NATO militaries in forward positions as a material demonstration of allied solidarity. But, as US ambassador to NATO Douglas Lute told this author on June 13, “In time of crisis, the battalions will be swiftly reinforced by allied and US troops.”

In 2017, Washington plans to add an additional combat brigade to the two already in Europe, deploy an air brigade, and permanently position the heavy equipment of another combat brigade. According to Lute, the forward deployment of additional forces could begin “in peacetime” and this could affect “the calculus of any potential aggressor.”

The Kremlin has threatened “to take adequate measures” if additional Western troops are stationed in Poland and the Baltics.

Russian and US military aircraft and ships have had close encounters in the Baltic region recently. A possible future mid-air collision could cause a crisis and further escalation; the main point of tension could be the Kaliningrad enclave, sandwiched between Poland and Lithuania on the Baltic Sea shore. The Baltic Sea Fleet is based in Kaliningrad, and Russia has deployed long-range capabilities in the enclave, including the newest S-400 air defense systems, thus extending its “anti-access/area denial” (A2/AD) capabilities far out of Kaliningrad.

Ambassador Lute believes the US and its allies “are ready to counter these threats” using electronic warfare and possibly long-range conventional strike assets, without the need to cross into Kaliningrad per se.

According to Polish defence ministry Under-Secretary of State Tomasz Szatkowski, Warsaw has requested NATO’s multinational battalion (which could be predominantly American) to be positioned on its territory in Suwałki, close to the Lithuanian border in the so called Suwałki Gap—a 70-some-kilometer strip of land separating the Kaliningrad enclave from the territory of Belarus. Although Defense Minister Antoni Macierewicz denied that any such decision on positioning was made.

Nevertheless, a standoff may be forming, like around Berlin during the Cold War, with threat balanced by counter-threat, force—with counter-force. If meticulously maintained, this standoff could be relatively stable.

'Concessions to Moscow would increase the threat to European security'

Making any concessions to Russia would increase the threat to European security, Lithuanian President...

Lithuania's Foreign Minister Linas Linkevicius has said Britain's vote to exit the EU had weakened the...

A new railway tunnel linking the Baltics and Scandinavia could transform the geopolitics of the entire...

NATO to weigh nuclear deterrence of Russia at Warsaw summit

The issue of a credible nuclear NATO deterrent to Russia is becoming a live issue in the run-up to...