Why there is no transport strategy in Lithuania?

(1)
Media Briefing
aA
The transport sector’s contribution to the country’s GDP is over 13%, but Lithuania has no clear transport strategy which could be implemented. The representatives of various fractions in Seimas doubt whether consensus could be reached regarding this among the national parties. 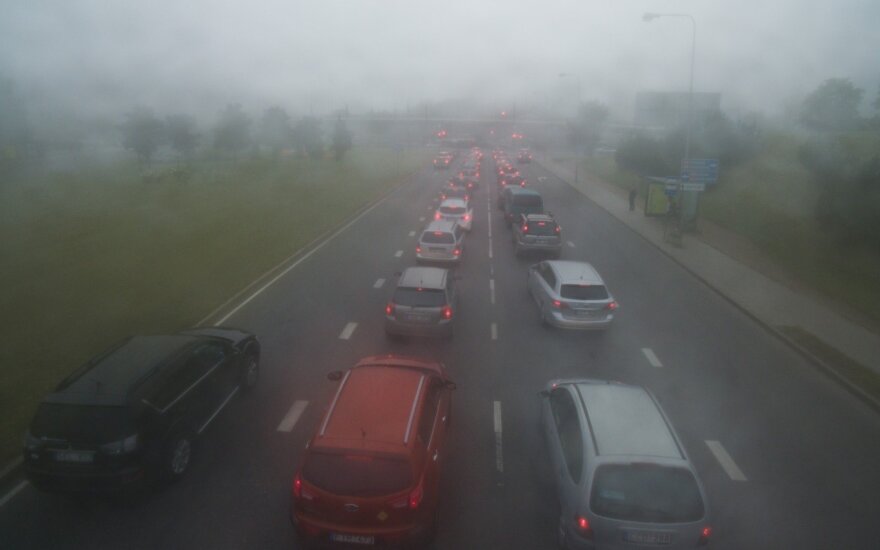 General Director for the Lithuanian autoentrepreneurs association (LAA) Rokas Knyva is surprised why no consensus on transport policy has been reached among the parties over so many years. He notes there is a lack of guidelines and regulations despite a solid transport infrastructure. He expressed hope that the new government will take steps to progress in this regard because despite numerous meetings with previous governments, no agreement was reached.

The LAA director explained that Lithuanian transport infrastructure could work based on the principle of synergy, cooperating for improved efficiency. He lamented that almost all Central European countries have a transport development strategy, Poland among them.

“We can also look to good practice examples from the United Kingdom and Ireland. There is no need to reinvent the bicycle. What is most important is to sit down and come to agreement as to what representatives of various spheres want, arrange everything into a single frame,” R. Knyva told LRT.lt.

The National Communications Development Programme 2014-2022 was confirmed several years ago. The document states that the programme is necessary in order to harmoniously develop the Lithuanian transport system, effectively manage state resources and make use of EU structural funds, raising the competitiveness of the transport sector.

The Ministry of Transport and Communications is responsible for implementing and coordinating the programme. The LRT.lt news portal was unable to reach minister Rokas Masiulis for a comment, while the ministry itself responded that expectations for transport policy are “outlined in the government programme”.

Former Seimas Economics Committee Chairman Remigijus Žemaitaitis of the Order and Justice Party views the programme positively, but notes that there are no guidelines for implementation among the parties. He outlines a number of his proposals as suitable factors to consider for the guidelines, such as prioritising lumber deliveries to local businesses in order to reduce stress on roadways due to long distance transportation or discussions of the number of charging stations for electric vehicles.

The current coalition government has to initiate discussions on a strategy, the member of Seimas says, but he has doubts on whether the Lithuanian Peasant and Greens Union could be the driving force behind it, hinting that some in the LVŽS may not realise the importance of transportation to the economy.

Plans to meet with ministry representatives

The LRT.lt news portal wrote earlier that in the government programme the “Peasants” outlined that a Transport Committee will be established, but they later changed their mind, with talks of a sub-committee or commission arising, with these being focused on public transport, road safety and black market car sales.

The politician notes that he is to meet with Ministry of Transport and Communications representatives next week to discuss the potential for preparing a transport strategy. He explains that if the discussion only involved reducing the number of road accidents, it would receive broad parliamentary support, similarly so with attracting cargo and passenger flows. Nevertheless he explains that it is crucial to discuss how this would be reached and what means could be put to use and that it is important to ensure the void of a transport strategy present currently be filled. This is particularly the case when transport policy so far has been focused on reaction and not proactivity, as the politician observes.

“There is no vision. That is a fact we should admit. You are posing good questions and we have to start talking about it. There has not been any great problem so far thus these questions were not posed to politicians. But we have to look forward and have a common goal. Perhaps only energy infrastructure had such a strategy, but only because there was a major threat. There were no more strategies – they would be written and shelved because there is no political continuity. Governments change and decide to change everything. Everything has to be assembled into one strategy – railways, roads, the port and the airports,” said the LVŽS member.

Doubts on the necessity of party consensus

Former Minister of Transport and Communications Rimantas Sinkevičius of the Social Democrat party is not convinced by the need of partisan consensus on transport strategy, with the exception of separate factors such as Rail Baltica.

He explains that major projects can be directed further by the government, but such issues as reducing the average age of vehicles used by citizens can only be impacted indirectly, with for example this case being perhaps nudged in the right direction via emissions taxation. Nevertheless he notes that major projects such as the construction of an external port in Klaipėda have numerous questions that could be included in a consensus project, factors such as how to finance it, how to prepare plans or the timeline for construction.

Homeland Union – Lithuanian Christian Democrats fraction deputy prefect Jurgis Razma also doubts the utility of a consensus agreement on transport strategy, finding it to be more of a public relations matter. He compares it to agreements with wider meaning such as that of national defence funding, but in this case he notes that such a consensus offers no guarantees and would likely just be an opportunity for party representatives to come pose for photos while signing the strategy. Razma says that much of the factors in the agreement can be discussed in Seimas anyway, he notes that this is a good opportunity to shift some attention to the transport sector which would be beneficial.

“Take the last budgetary hearing, extra funds were needed then, so without second thought it was slashed from the road maintenance and expansion programme, but no-one considered what this could result in and what the consequences will be. No-one is considering how the roads will look if they are not repaired, how much this will cost in the future. These are details, but it displays how we look at the transport sector,” J. Razma told LRT.lt.

The Lithuanian government approved on Wednesday an agreement between the three Baltic countries on the...

The Lithuanians government wants to look into the details of the Rail Baltic project before signing...

After opening the final stretch of the Vilnius western bypass on Tuesday, Vilnius Mayor Remigijus...