Alexander Baunov, Carnegie Moscow Center
aA
The Kremlin is enjoying the discomfort that Brexit is causing to the European Union. But that does not mean that it wants Europe broken up. It just wants a return to old-fashioned bilateral diplomacy. 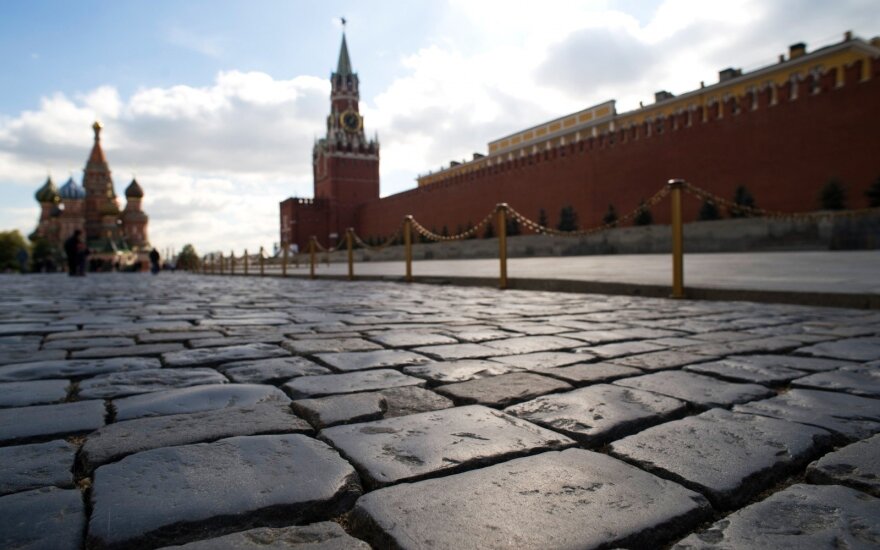 Sometimes the news that breaks is hard to believe. Oscar Wilde said that “The basis of optimism is sheer terror. We think that we are generous because we credit our neighbour with the possession of those virtues that are likely to be a benefit to us.”

This was the working assumption of most of the rest of the world—as well as most of the British establishment—about last week’s European Union referendum in the United Kingdom. The consensus view was that the British people would exercise their famous common sense and vote for stability and order.

Last Thursday, 52% of those who voted in Britain chose to defy that assumption. The Out vote was a triumph for the kind of sentiments that Russians are used to ascribing to their own public: the idea that sovereignty is more important than integration if the integration is not happening on your terms, that the status we had in the past is more desirable than the future on offer from the world’s politicians, journalists, and experts.

In common with Russians, the British also rejected the idea that the European Union represents the global model of the future and that the era of classic nation-states and empires is disappearing into the past.

The difference in the British case was that this was a genuinely popular decision, not the kind of one that Russians suspect is imposed from above. The British public voted against the advice of their own government, bankers, international allies, and the president of the United States. In a sense, the European Union has fallen victim to genuine British democracy.

The Russia theme hung very lightly over Britain’s campaign. During the political debate, Cameron suggested that “Putin might be happy” with Brexit, while former U.S. Ambassador to Russia Michael McFaul called Putin a “winner” after the results came in. But the idea that “if Putin likes it, you should do the opposite” was not a consideration for the British voter—only for Russia’s Central and East European neighbors and some British experts and journalists.

All the more so because Putin chose to maintain a strategic silence on the topic. In the first place, the Kremlin kept quiet because Russians do not like it when foreigners tell them what to do and was observing that principle here (although it is a principle they do not themselves observe when it comes to Ukraine). Secondly, because Putin and his team understood that anything they said about the referendum could be used against them. So the Russian president only broke his silence when the results came through and Cameron resigned, saying that the outcome was the result of the British government’s “arrogance and a shallow approach to solving pivotal issues.”

For a long time, ever since the era of “Color Revolutions” in Georgia and Ukraine, the successes of the West have been seen in Russia to be Russia’s failures and vice versa. Now the EU has apparently done Russia a favor by punishing itself. There may be in part a psychological reaction here: when our Soviet Union broke up, you celebrated; now your own union is breaking up, and we will not be sorry.

The feeling of schadenfreude is amplified by the fact that after 1991 the European Union became the haven in which former members of the Warsaw Pact and then the Baltic States found refuge and to which Georgia, Moldova, and Ukraine looked for inspiration. The move toward Europe was also explicitly a rejection of Russia.

Naturally, when the EU loses a country like the UK, it also loses authority and prestige. The shining light that led those countries away from Russia loses some of its brilliance.

However, it would be wrong to think that the Russian leadership wants the EU to shatter into small pieces. Rather, they want to see straight-line arrangements, analogous to the power vertical the Kremlin has at home, that make clear with whom they can negotiate and solve problems. The person at the top of this vertical should be a serious, respected interlocutor no less than Margaret Thatcher or Charles de Gaulle. They would much rather deal only with Angela Merkel or Francois Hollande and not with the EU, with its complicated structures in Brussels.

Russians are indeed the biggest Euroskeptics of all—more so even than the British—in large part because the idea of a unified Europe that was presented to them at the end of the Cold War was not entirely clear. Would Europe really run from Vancouver to Vladivostok, passing through Afghanistan?

That doesn’t mean, however, that Russians want Europe to be hurt. If they hated Europe, they would want more migrants to enter Europe and undesirable members to join the EU, which they do not. Nor do they want to have to get multiple visas and remember multiple exchange rates before taking their next trip West—the prospect of that headache inspires them with warmer feelings toward the EU.

There are two chief complaints about the EU among Russian diplomats and foreign policy professionals. First, they argue that it is not an entirely independent political entity or sovereign body because the United States dictates its most important decisions.

Second, they argue that the EU has changed for the worse in recent times. Enlargement to the east means that Brussels now heeds too much the small Eastern European countries, which have a generally hostile attitude toward Russia. Great Britain is the most pro-American EU country and is prone to listen to Eastern European countries’ concerns about Russia. In contrast to Italy, France, or Germany, the Brits have never talked about lifting sanctions against Russia.

There is also the issue that the Russian leadership feels personally offended by Britain. Vladimir Putin and Tony Blair started off as firm friends and built a relationship. Putin’s first visit to the West was to London. Then, the British started supporting Putin’s enemies, they believe, and giving refuge to men like Boris Berezovsky and Alexander Litvinenko. So, with the separation of Britain from the rest of Europe, it will become easier to deal with the other countries of the EU.

One of Russian diplomacy’s most cherished dreams is to build relationships with every European country individually. Brexit makes this dream much more attainable. Russia dreams of a Europe of the nineteenth and early twentieth centuries, when European Entente meant that nations could negotiate with, support, or restrain each other. A Britain apart from the European Union is a return to a Europe of the past that Russian politicians hope will also be a future Europe.

This dream is unlikely to be realized, however, and it’s worth remembering what this bygone international system led to: two world wars in which Russia suffered more than any other country.

Republished with permission from Carnegie Moscow, read more at: http://carnegie.ru/commentary/2016/06/28/multipolar-europe-why-russia-likes-brexit/j2kn

Lithuania's Foreign Minister Linas Linkevicius has said Britain's vote to exit the EU had weakened the...

A new railway tunnel linking the Baltics and Scandinavia could transform the geopolitics of the entire...

After the British Brexit referendum on its European Union membership, Polish politicians fear that...

There are a range of proven tactics that the West could use to destabilise Vladimir Putin 's regime...