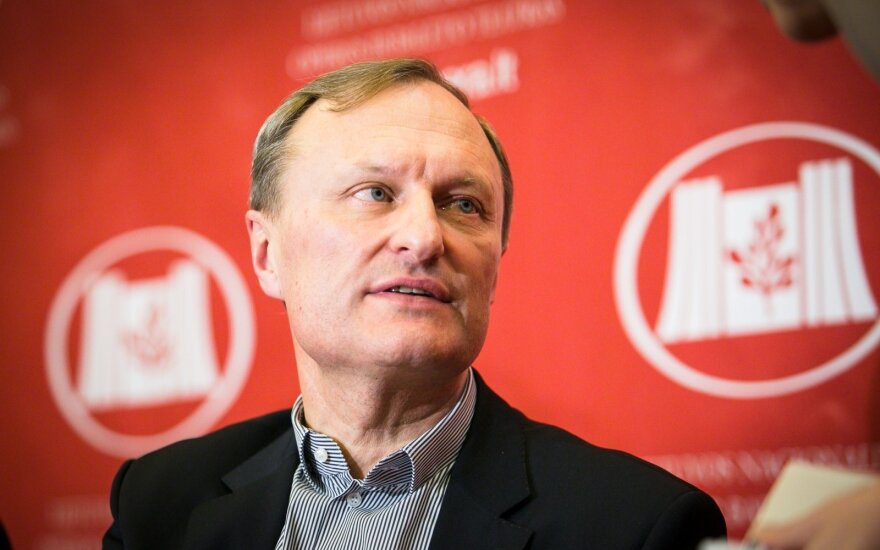 The manager of Lithuania‘s National Theatre of Opera and Ballet (LNTOB) Gintautas Kėvišas has declared that he receives income from a company in Cyprus, whose director and shareholder is his son Martynas. Why did he decide to do business from this Mediterranean state?

According to the Cyprus commercial register, the company “Riverside Music Ltd.” is registered in the states capital Nicosia in November of 2009. M. Kėvišas is stated as the director.

As presented in the declaration of private interests by G. Kėvišas, after more than a month, with this company he had made a contract for more than 606 thousand Litas (more than 175 thousand Euros). It is described as “income of individual work according to a commodity agreement”.

M. Kėvišas is also a director of a company by the name of Ltd. “Riverside Music” which is located in Lithuania and has one employee. Rūtelė Kėvišienė is a shareholder in this company.

When asked by DELFI, why they decided to register the company in Cyprus, M. Klėvišas refused to comment. His father G. Kėvišas did not pick up the phone or respond to the text message.
Daiva Čibirienė, the president of Lithuanian accountant and auditor association, explained that companies in Cyprus and some other states are registered or one main reason.

In order to lower their taxes, businessmen often transfer a part of their income to companies registered in those countries. That is the reason why Lithuanians establish companies there. Not to carry out actual activities but to reduce the tax burden. These are the main reasons.

I would understand, that a company can be registered in a country that you live in, when you understand the laws and can follow the news, etc. On the other hand, this practice could be seen as an evasion” – commented the leader of the association.

As seen from the declarations given to National Tax inspection in 2015, 179 Lithuanians received income from Cyprus. In total the amount reached 6,6 million Euros.

LNTOB stated that on the third quarter of last year, the director’s salary without taxes was 2 322 Euros. According to “Sodra”, the theatre has 633 employees at the time and the average income per month for them is almost 842 Euros.

DELFI had already reported before that during the fourteen years of his employment at the theatre, his family managed to grow a large fortune.

His and his family has a large wealth: a plot of land, purchased in 2004 and a house in one of the most expensive blocks in Lithuania – Laurai, protected and especially private farmstead on the shore of Bebrusų lake in the district of Molėtai, an apartment in Vilnius worth 800 thousand euros according to the declarations and gifted to his son, a house of G. Kėvišas parents in Kaunas that was left for the nephew. Also, a luxurious plot of land in Spain can be added to the wealth.

G. Klėvišas has also been the member of Vilnius city council, Minister of Culture and has participated in the 2008 Parliament elections as a representative of Liberal and Centre Alliance.
Also, it has already been announced that the National Tax Inspection has started tax investigation into G. Klėvišas income.

A decision was made in accordance to the information obtained by NTI to verify the information that appeared in the public and the comments of G. Klėvišas himself. The director of LNTOB has declared his income but the newest information is not accessible to the public.

Gintautas Keviš as is to step down as director of the Lithuanian National Opera and Ballet Theater...

Gintautas Kevisas, the long-standing director general of the Lithuanian National Opera and Ballet...

Lithuania's Culture Ministry will Tuesday call a competition for director of the Lithuanian National...