Why are Lithuanian boys doing so badly at school? 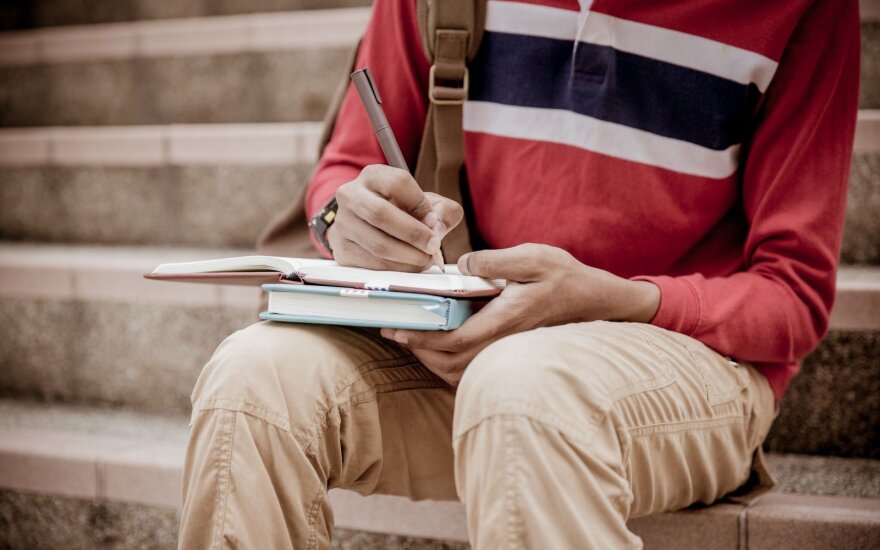 This trend was seen yet again when the results of the 10th-grade primary development achievement test (PUPP) were revealed recently. The National Examination Centre (NEC) indicated that, for all 10th-graders who held the PUPP, the general average for math was 5.59, with 6.33 in Lithuanian. 23.3% of pupils received an unsatisfactory grade (from 1 to 3) in at least one subject on the PUPP.

Both national pupil achievement surveys and standardised tests held by 4th-graders show that the number of pupils achieving lower test scores in Lithuania is growing. Currently, no less than 15-20% of pupils achieve low test scores. What does this mean?

Almost a fifth of Lithuanian schoolchildren lack basic knowledge or skills. For example, they cannot correctly understand a text they've read or cannot complete elementary practical calculations. Not only do most underachieving students (including 8th and 10th graders) not know how to read or calculate, they do not have certain minimal educational or practical skills.

It seems like they don't know how to educate boys

Education experts who reviewed these statistics noted that the situation among boys are especially grim.

Saulė Vingelienė, the head of the NEC, said: “In less socially successful regions, there are large gaps between girls' and boys' language PUPP results. It seems like boys learning Lithuanian sometimes experience significant isolation and that their results are much worse.

“Our lives are changing quickly and pedagogues are not finding effective methods for effectively teaching boys how to read and write under new conditions,” she said.

Girls hit the average while boys occupy the extremes

He said that the most significant advantage girls had was in reading and writing education. However, he said that they have also begun passing boys in math and the natural sciences.

Some suggest gender segregation in schools

“Let's look at who's teaching our children. That's also a big problem. Schools must be similar to society. When teachers are almost all women, of course, we cannot avoid certain consequences. Women teachers' reactions are different, and it can be harder for them to understand boys, their needs, and so on. One solution to this problem could be the attraction of men to schools,” said Gudynas.

Lima Sirutienė, who is the head of the Saulės Gojus school and has worked in education for many years, said that girls' grades were increasing steadily while boys' were decreasing steadily.

“It has been proven that girls and boys reason, feel, see and hear differently, they understand space and orient themselves differently, and understand problems and seek solutions differently. I don't question gender equality and rights, but I'm sharing the conclusions of scientists – neurobiologists, neuropsychologists, anthropologists, educators, sociologists and others – about the in-born differences between sexes, which can make a school better suited for girls or for boys when we ignore them,” said Sirutienė.

“When I took a closer look and investigated the processes in our schools, I had to come to a sad conclusion: the organisation of the educational process, its content, the methods used, the environment, the measures, the motivational methods and the rest are all suitable for girls but not at all for boys.

“Scientists have named many reasons for such situations, of which I'd like to point out three: 1. a lack of pedagogical knowledge about the biological differences between boys and girls and ignorance of scientific conclusions about this, 2. unsuitable developmental methods for boys, 3. “feminine” schools.”

“Scientists have shown that boys used more of their brain matter for spatial and mechanical activities, while girls focus on speech and emotions. This means that physical actions are more effective in boys' educations, while girls do better with listening and using words,” she explained.

She also said that the educational process in Lithuania is focused on speaking and listening, information exchanges and peaceful cooperation. This approach according to her, is fine for girls but leaves boys at a disadvantage.

Sirutienė also cited studies showing that female teachers could show favouratism to girls by giving boys more difficult questions or by marking identical questions lower for boys than for girls. Studies carried by Lithuanian educational researchers have also indicated that boys will do better in a given subject when taught by male teachers rather than when they are taught by female teachers.

Journalist Jonė Kučinskaitė said that boys and girls even mature at different rates, and that their levels of psychological maturity only even out at age 16.

Based on her friends' anecdotal experiences, Kučinskaitė suggested the opening of gender-segregated schools. While he suggested gradual changes, Gudynas agreed with the possibility that such a measure might improve the current situation, and that it shouldn't be discounted.

“Some texts are interesting for boys and others are interesting for girls. It is known that boys learn to read better with computers. Once, the Finns, when they saw a gap between boys and girls, even started a national project in which boys read texts and completed assignments on computer screens. This helped them and the measure managed to close the gap,” said Gudynas.

A private kindergarten in Vilnius is the first pre-school education institution in Lithuania to...

Lithuania 's Ministry of Education is planning to set up ten so-called STEAM centres in order to...

Gender equality has still a long way to go in the EU, although Europe is considered one of the...

Lithuania has been ranked second in the world for the number of women in top management positions in...