Who will take the Social Democrats’ place? 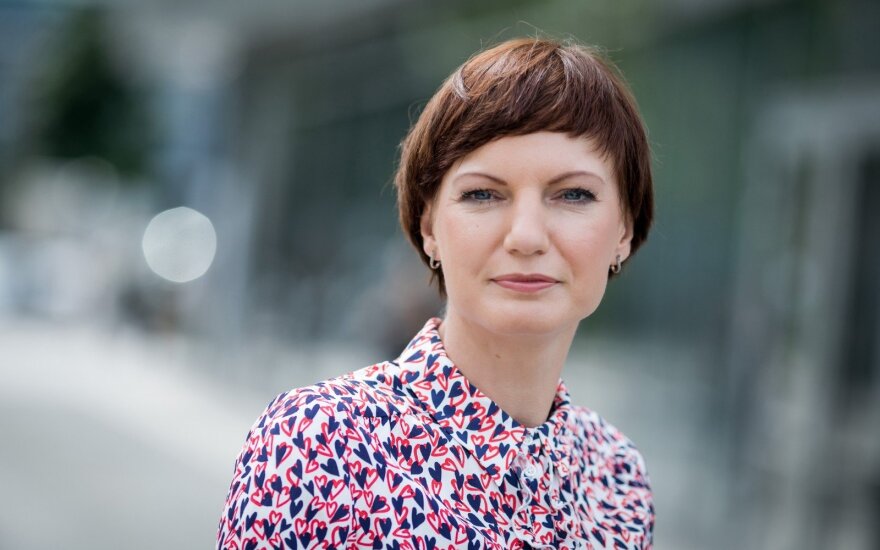 Analyst Rimvydas Valatka dismissed Gintautas Paluckas' idea of Social Democrat renewal, stating that the Social Democrats are an unneeded and obsolete political power. There never was a need for a leftist party in Lithuania, R. Valatka writes.

It would be hard to measure who is more of a true social democrat – Gintautas Paluckas or Irena Šiaulienė and it is obvious that the Social Demcorats have cornered themselves to the extent that it is unclear how to get away unharmed. There were no winners in the party's crisis because by recklessly pursuing, as he calls it, the party's renewal and departure from the coalition, the leader of the LSDP G. Paluckas was met with a revolt and a total social democrat schizophrenia – to unclear social democrat creations in the Seimas majority and opposition.

Political scientists have been concerned for some time now that Lithuania has neither leftist, nor right-wing parties, only catch-all types of parties. The Social Democrats would be often and to note – with justification – accused of being a big capital, not leftist party. Looking at the seemingly intentionally passive 2012-2016 term and events such as the Vijūnėlė Manor, Lietuvos Geležinkeliai, Mindaugas Barstys, Artūras Skardžius and other scandals, the Social Democrats appear more like a business project than a party.

In this case, to answer R. Valatka's thoughts, the question is not whether the flag G. Paluckas brings is a deeper shade of red and more social democrat, but that there is a clear need of a leftist party in Lithuania and the LSDP does not fulfil this need. Often sham leftism, relevant only prior to elections and passivity resulted in the Social Democrats to devolve to the point that after almost three consecutive terms in power, they handed their electorate right over to the "Farmers". And before that brought populists such as the Labour Party into Seimas.

The lack of real leftist politics and avoiding reforms was largely responsible for the country now being faced with major problems which cannot be easily resolved.

30.1% of Lithuanians lived in poverty last year and this was one of the larger poverty rates in Europe, according to Eurostat data published on Monday. Compared to 2008, the number of those impoverished rose by 1.8%. We are at the tail end of Europe based on this metric, relatively more such people can be found in Bulgaria (40.4%), Romania (38.8%) and Greece (35.6%).

This is one of the reasons for the massive emigration which has been emptying Lithuania, along with all the consequences that follow and already torment the country, with things only on course to get worse.

The people's poor moods can also be seen in the latest research – nine out of ten Lithuanians feel the price increases more than the rise in incomes though at least statistically the average wage growth has been outpacing inflation rates. Economist Gitanas Nausėda calls these results unique, "Perhaps the first time since independence there is such a horrifying disconnect between official metrics and the imagined inflation."

Of course it would be unfair to accuse the LSDP for all of Lithuania's woes, but is it not a leftist party that should primarily be pursuing the just distribution of wealth, social solidarity, reducing poverty, income gaps and regional segregation? And aren't these the economic promises that the "Farmers" won with, having craftily picked them out of the leftist agenda and taken a step up on criticism of the liberal Labour Code?

"Real or fake social democrats, Vinkus or Paluckas with Blinkevičiūtė, all they have in mind is one thing – to come, take from those who work more and smarter and take a cut right there and then. Without thinking that the one working more and smarter can already work in London, Melbourne or elsewhere. (...) With the second decade of the 20th century nearing its end, Finland giving each of its citizens 500 euro grants and most oil-rich countries having no income tax, are you really convinced that Lithuania still needs a "real" and "justly" distributing wealth Social Democrat Party?" R. Valatka oversimplified the concept of social democracy, having received a scientifically reasoned response from VU TSPMI docent Liutauras Gudžinskas on the same evening.

He writes about how M. Thatcher's privatisation and liberal reforms in the UK were on significantly smaller scales compared to what was done by Lithuania and other post-communist states 27 years ago and presents positive examples of social democrat rule – the Northern states. "It is the best example which proves that it is possible to combine economic competitiveness and social solidarity and it is namely the social democrat political agenda that is most suitable for it," he says.

If the leftists had stood by a leftist agenda in Lithuania, it is likely that phenomena such as major retailers pushing out small stores from the city centres would have been buffered. Though the arrival of major shopping malls is not inherently a bad thing, it was bulldozed through in Lithuania, with both the left and right supporting the businesses.

According to Act of Independence signatory, economist Kęstutis Glaveckas, there were serious mistakes made.

"However what is worst is that they were repeated – ignoring the market, social questions, there were efforts to take more from the labour force, but pay less and such. These were not necessary things, but they pushed it forward until the employees' empty stomachs didn't start to rumble."

When stomachs did start to rumble, the employees picked up their things and took off to Great Britain, Norway and Spain. Most are still not returning and no single cabinet, neither the "Farmers" have presented a vision how to stop people from leaving.

"Such party has long not been needed by anyone anywhere. The world is changing. It is markedly different from the 60s or 70s when most people earned their living through hard physical labour," R. Valatka writes.

Yes, the world is definitely changing and the changes will be drastic. Experts are talking about an inevitable fourth industrial revolution which will bring massive changes. To put it simply, employees are already being replaced by technologies and robots.

"If you think that the first industrial revolution created Marxism, then the fourth will have a hundredfold greater consequences. It will create a class based society we have not seen for at least a hundred years," former Finish Prime Minister Alexander Stubb says. According to him, politicians still do not grasp what sort of influence the fourth industrial revolution will have on both humanity and society.

Other problems are being resolved in Lithuania for now and "real" or "fake", but a leftist party is a very necessary counterbalance for the Lithuanian democracy. It would appear that the LSDP grassroots understood this as well. Whether G. Paluckas' plan to make the Social Democrats more real will succeed, we will see during the party chairman and Seimas elections. And if the latest political melodrama buries the Social Democrats, their place with the leftist agenda will be taken by others.

The consequences of Paluckas’ revolution

The political group of the Lithuanian Social Democratic Party for now includes both members of the...

Foreign vice-ministers Neris Germanas and Darius Skusevičius along with adviser to Foreign...

Kirkilas – this drama is partly of our own creation

The Social Democrat manifesto for kindling

Paluckas overestimates himself by speaking about new SocDem era - Girnius

The statements by the Lithuanian Social Democratic Party's leader Gintautas Paluckas about the end...