Who will remain in Lithuania after five years 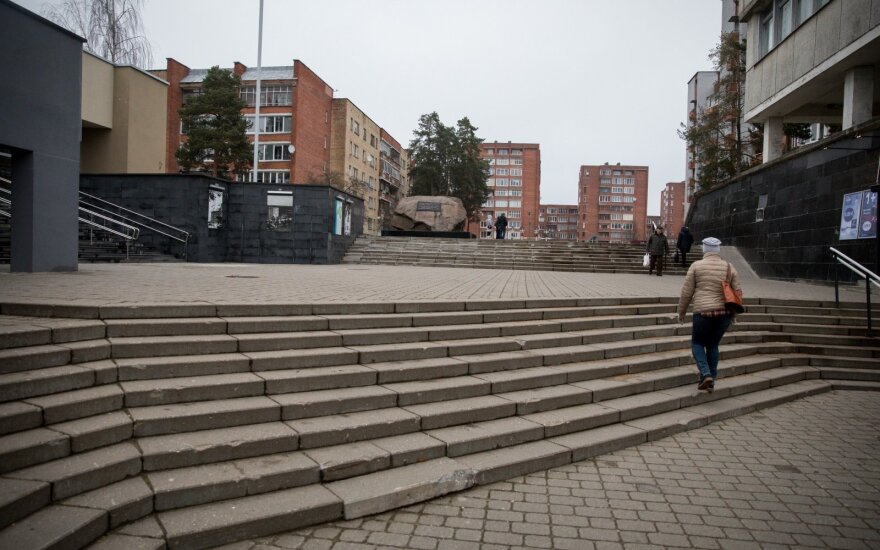 The decline of Lithuanian residents is becoming threatening. According to the newest data, due to emigration and demographics, after 5 years our country will experience a dramatic lack of youth aged 17-24.

Decline in youth across Lithuania up to 36% in some areas

"The number of 17-18 year olds will decline in all municipalities. Moreso in the rural ones, more rapidly. The rates of decline in the major cities and municipalities near then will be lower," he tried consoling.

However even the Vilnius city municipality, it is predicted, will see a 10% decrease in this age group, while in Vilkaviškis region municipality – a whole 36%.

According to him the Kazlų Rūda municipality falls out of the general context, with an increase in the age group of 7%.

"This is linked with the demographic curve," the scientist explained.

What is also frightening is the decline in university student aged youth, ages 19 to 24.

"The student age group will greatly decline in fully all Lithuanian municipalities," the researcher explained.

Based on data he presents, the predicted decline is around 24% across Lithuania.

"It is interesting that in a city such as Šiauliai, which is important as an educational centre, will see a decline in student aged residents of a whole 35%. I would say that this is certainly not a good signal. Student counts should decline in the Kaunas, Klaipėda and Vilnius city municipalities. In the capital by 16%," R. Tučas explained.

"The Vilnius, Kaunas, Klaipėda municipalities, seaside and resort cities will see a general rise in schoolchildren, however rural municipalities, cities such as Šiauliai, Panevėžys and Alytus will see a decline. Say in Šiauliai the decline will be by 1,5%, in Panevėžys – 7.6% and in Alytus – almost 20%," R. Tučas specified.

According to him a quarter of the changes he researched were due to natural population changes (demographics) and a whole three quarters – emigration.

"We believe that the number of residents in Lithuania is declining, society is aging because the most rapid decline is in young and working age individuals," R. Tučas said.

According to the researcher, population decline was greatest in peripheral municipalities, particularly in North and South-East Lithuania.

"The difference of average ages between them, say Vilnius and Kaunas regional municipalities, is 8-10 years," the scientist said.

According to him typically rural municipalities lack residents aged 25-40. The premise is that some of them depart to the major cities, while others emigrate.

"The number of residents of the age in question is specifically the largest in Vilnius. Of course a part of them depart to other major cities, a part emigrate," he said.

Less youth, more residents over the age of 60

He predicts that trends will remain the same in 2022, which means a continued decline in young citizens.

"That said, take primary school age residents, which will remain more or less stable, even increasing in many municipalities. In some regions the number of residents aged up to 14 years old will also increase, however there will be a rapid decline in those aged 15 and up as well as university student aged. This is primarily linked with Lithuania's demographic structure and birth rates," he warned.

It is thought that there will be a rapid decline in young and working age residents, however growth in older working age (60-66 years old) instead.

The number of 14 year old children will, according to R. Tučas, decline, albeit it will not be felt as clearly in some areas. The most rapid decline in children will be seen in North and North-East Lithuania, birth rates will begin declining in Vilnius because, the scientist explains, there will be fewer people who will be able to have children.

"Why is growth not forecast in municipalities near Vilnius? Firstly we must consider that the capital's residential zone is very broad. Those working in Vilnius often settle not just in the region, but also in the municipalities of Trakai and Elektrėnai. Furthermore Vilnius itself differs from most other municipalities because its territory includes relatively many suburbs, when the border of other cities often ends with apartment blocks," the researcher said.

R. Tučas points out Visaginas as a peculiar municipality. According to him, soon the town will be predominantly populated by the elderly. The demographic curve of Alytus is also odd to him, more reminiscent of a rural area, rather than a city.

Near the largest losses are also recorded in Joniškis municipality with a loss of 16% of residents aged up to 14 years old.

Birth rate metrics should decline by around 12% across Lithuania. That said this is likely still an optimistic scenario because in 2017 fewer children were born than R. Tučas predicted.

"Research data shows that every year the number of births will decline some 800-1000. The lowest number was observed in 2005 when 29,510 infants were born, in 2017 practically only a hundred more were born than the recorded anti-record," the expert said.

The number of pre-schoolers should also decline over the next 5 years by 5.9%, while the number of primary school aged residents will grow by around 2.6% because this is one of the least impacted by emigration groups, the number of children aged 11-16 will likely decline around 5.6%.

The number of working age residents is likely to decline around 8.7%.

The number of school students declined by nearly a half in Lithuania over the past 16 years, dropping...