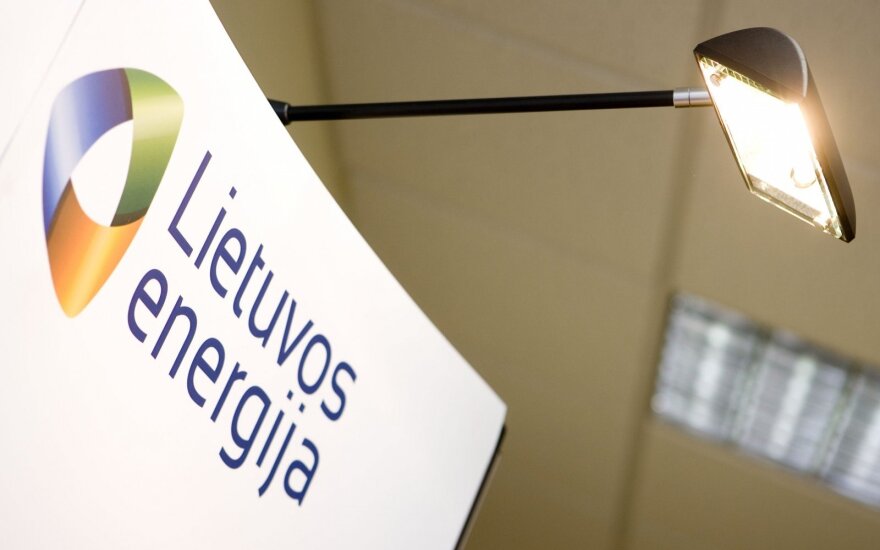 Certain state owned companies are overflowing with funds, cannot handle their appetites and fail to perform their core duties. This is what Seimas Commission of Energy chairman Virgilijus Poderys is convinced of. He states that politicians are failing to control state owned company leaders' wages and excessive expansion, Lietuvos Žinios reported.

In an interview with Lietuvos Žinios V. Poderys said that state owned company operations, which can successfully be performed by private capital, namely have to be handed over to it. The profit of large companies must almost all return to the state in the shape of dividends, so that the heads of those companies would not be tempted to excessively purchase new objects and businesses.

"When state owned companies are overflowing with funds, they are as if a grossly overweight pet. When there is a great deal of funds, every leader's "fantasy is sparked"," the former chairman of the Commission for Stocks and Prices said. This way, he notes, states within the state gradually form.

Given Lithuania's geopolitical circumstances V. Poderys is categorically against the privatisation of companies of strategic importance due to the potential threats to national security. This includes gas and electricity links, railways, major roadways and ports. The companies that do have to be privatised according to him are those which could successfully operate in the free market, having shed the privileges and advantages of state ownership.

Regarding the near monopolistic conditions under which the Lietuvos Energija holding company operates, the politician explained that either the state needs to ensure the capacity of all energy companies to operate under transparent conditions, proving the state ensures fair competition or ensure that energy services are left exclusive to the state to avoid causing confusion in the markets.

The Lietuvos Energija company holding is known to operate a wide variety of services, ranging from renting vehicles for taxi companies to operating real estate, to providing data transfer services. V. Poderys admits that companies in such areas have complained of the state owned companies abusing privileges, with for example the main company offering the daughter companies financial guarantees.

"Can state capital be invested where private capital operates successfully? This is related not to energy, but a strategic state question – can the state really expand its businesses, particularly to the areas where private business wishes to operate? I believe that it can only be done in rare exceptions and only with respective political decisions. We cannot leave it up to the leadership of the state owned companies.

And when state owned companies have spare funds, they usually choose to expand their operations, obtain new businesses in the market. I believe we are headed in the wrong direction. State owned companies have to seek modest profitability and perform their functions (usually ones that business does not wish to perform) and pay out almost all the profit in the shape of dividends. They should not engage in charity, should not buy up businesses and accumulate financial resources in their balance with no reason.

It is abnormal that energy companies hand out charity – hundreds of thousands of euro to sports clubs or the media. What does this mean? Why are the massive funds of monopoly companies being thrown to advertising? What are they advertising?" the politician questioned.

Not the politicians' matter

He points out that there is a rising systemic danger from a Lithuanian narrative that is being created, that supposedly politicians should not get involved with those companies and should only set metrics to pursue, leaving the companies alone, furthermore with a myth being manufactured that company holdings are inherently good.

This, V. Poderys notes, is because such vertical power structures fundamentally reduce transparency, with clear links of responsibility and accountability vanishing and transparency requirements set by the government being applied only selectively. Furthermore the politician points out that the holding structure allows for the creation of various management positions that bring no real benefit, instead serving as cosy positions for select individuals. A final criticism of holdings that the politician points out is that the government only has representatives on the boards of the patron companies, with no oversight in the child companies.

At the same time he notes that politicians should not meddle with the operations of state owned companies, but nevertheless should set expectations for reducing service and goods expenditures, raising quality and finally – earning modest profits. V. Poderys explains that for now the emphasis is on profits and company value, noting that the profitability metric in this is suspect because such monopolistic companies are granted the profits, rather than earning them. He points out that unfortunately the profitability of these companies is highly valued and such arguments often struggle to gain traction.

"Often economics textbooks are quoted that profitability is a measure of effectiveness, but it is forgotten that already in the opening of the textbooks, it is noted that this applies to companies operating in a competitive environment. The profit of monopolistic structures is valuable only insofar that is received by reducing expenses and respectively – prices for businesses and citizens. Profits received from raising the prices of monopoly services and in seeking government subsidies is more harmful than beneficial to the state," V. Poderys says.

In order to independently monitor and control, manage the company's administration, V. Poderys suggests that the council members need to be independent not only from the stockholder or company, but also the company management because otherwise the oversight council members will be unable to perform their functions. Unfortunately he sees such links in a number of major companies, which is a cause for concern.

The wages of state owned company heads have been recently revealed to range from 5 to 10 thousand euro, with them responding that their wages need to be compared not to those of politicians, but to the heads of similarly sized private companies. V. Poderys points out that the heads of such private companies operate within a competitive market, not within a monopoly, with bankruptcy and survival always a concern, something that state owned monopolies have far less worry about. As such, he notes, the wages of such monopoly heads should be comparable with budgetary companies and institutions. Take the prime minister's wage which is currently 4200 euro, but also carries vast responsibilities.

While some have made claims that no-one would work for such wages, the politician dismisses the claims. He emphasises that there are state owned companies with over a million clients and massive revenue, hundreds of staff, while the director is paid a wage of 2 thousand euro. At the same time there are state owned companies with a staff of 20 and the director's wage reaches 5 thousand euro.

Lithuania has undergone a cycle of privatisation and nationalisation that repeats every decade, with critics of state monopolies claiming that private capital would operate far better, with social justice being ensured by state regulation. V. Poderys points out that within the past ten years, property from the private sector was reclaimed in very specific cases. The gas sector – from Gazprom and E. ON Ruhrgas, electricity from VP Market, heating from Veolia. The politician emphasises that we must consider why this had to be done, particularly because 20 years ago, opposite processes proceeded.

He points out that it is not only in Lithuania that such discussions and issues are important, with debates continuing in Britain over privatisation in water supply, railways and energy. "And they have the same questions and the same problems, though British national regulation is well evaluated, we have all learnt from it. It is not so simple to regulate monopolistic businesses," V. Poderys says.

Because there is a lack of understanding in Lithuania that state monopoly is no better than private monopoly, the politician emphasises that there is a need to specify the monopoly's work, prevent unneeded expansion, instead taking profits from such companies in the shape of dividends. "When there is much funding, every head's "imagination is sparked", this is how it also is in the private sector. Every major investor knows this instinct, this is why private sector company heads are not allowed to easily make use of spare funding. After all, any good business leader has a large ego and rich imagination. This is how a state within a state is gradually formed," V. Poderys concludes.

Dalius Misiūnas is stepping down from the top position at the state-run energy holding Lietuvos...

Lithuania will likely have only five companies with the status of a state enterprise in half a year's...

Seimas bulldozing in obligations for business

The Lithuanian government approved on Wednesday a plan for reorganizing companies that hold the status...