aA
In the early 18th century, Europe was crippled by two major wars. France was preparing to go to war with Western Europe (England, the Holy Roman Empire and many German principalities) over the Spanish Succession. Meanwhile, in Eastern Europe, Russia, Denmark and Saxony agreed to attack Swedish possessions and share them out between themselves. The Republic of the Two Nations found itself in an anomalous position. 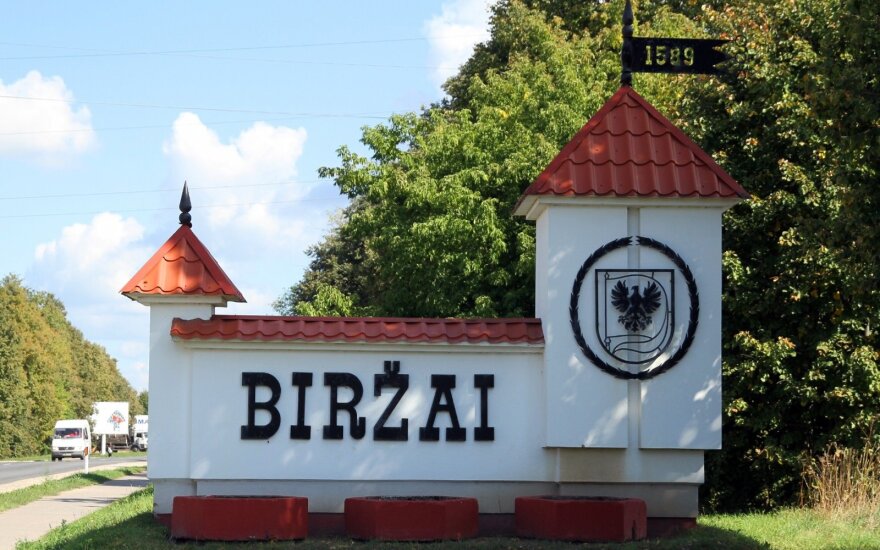 Frederick Augustus II, the leader of the Republic of Two Nations since 1697, who was also the Elector of Saxony, launched military action against Sweden, and the Republic attacked Riga with the help of the Saxon army. While secretly sending a few detachments of the Lithuanian army to Riga, it announced officially that it would not participate in the war, and offered to mediate in order to resolve the conflict between Sweden and its ruler. The Swedes unexpectedly defeated the Russian army at the end of 1700, and the position of the Russian-Saxon alliance became critical.

The situation of the Republic of the Two Nations took on a new dimension. Its entry into the war was the main reason for the meeting in Biržai between Frederick Augustus II and the Russian Tsar Peter I. Lithuania's domestic situation at the time was complicated. Since 1697, there had been a smouldering dispute between, on one side, two brothers, the great hetman Kazimieras Sapiega and the great chancellor Benediktas Sapiega, and on the other side, factions of the nobility that were hostile to them. At the end of 1700, this turned into an open military conflict. The Sapiegas and their supporters were defeated at the Battle of Valkininkai: the drunken nobles slashed to death the hetman's son, and declared the Sapiegas traitors to their homeland and relieved them of all their duties. The Sapiegas fled through Prussia to Poland, where they sought the intercession of Augustus II and the Polish nobles.

The Radvila family fortress was chosen for a meeting of two of the most powerful monarchs in Eastern Europe for geographical reasons. It was convenient for them to get to, and in addition, military operations were under way against Swedish fortresses nearby in Livonia. While meetings between monarchs were not a rare event in the 18th century (as in the Middle Ages), there had not been a meeting between such important sovereigns on Lithuanian soil since the Great Congress of Lutsk was convened in the times of Vytautas the Great (the rulers of the Republic of the Two Nations rarely visited Lithuania after the mid-17th century). Augustus II and his senators and ministers arrived in Biržai from Warsaw on 24 February 1701, having travelled through Kaunas. Peter I and his officials arrived from Moscow, via Polotsk and Daugpils, two days later. The meeting was joined by Duke Ferdinand of Courland, a vassal state of the Republic of the Two Nations, who had also joined in the war against the Swedes. Since their first meeting four years previously, Augustus II and Peter I had felt much respect and sympathy for each other, and shared common interests and hobbies (such as heavy drinking). As soon as the tsar arrived, three shots rang out from the castle ramparts in honour of the two rulers, and they sat down at the table at once.

The feast lasted for several days. They drank French and Hungarian wines, they bent and threw around the Radvila family's silverware, and they had a shooting competition with the castle's cannons, which Augustus won. Peter brought with him a workshop for making fireworks. A trip was organised to the theatre of war in Livonia, to a Saxon-occupied castle.

A little later, the leaders of factions opposed to the Sapiegas came to Biržai. They included G. Oginskis, M. Katilas, K. Zaranka and L. Pociejus. These nobles had taken over the functions that had been performed by the Sapiegas. Fearing the return of their enemies, they appealed openly to both Augustus II and the tsar, requesting financial support. While after the Battle of Valkininkai, Augustus II had not been able to decide which side to support in the internal Lithuanian conflict, and did not refuse to support the Sapiegas, in Biržai he decided to play the card of the Sapiegas' enemies, thus strengthening his influence in Lithuania. The Sapiegas' enemies offered to support Peter I in the war against Sweden, in exchange for Russian military support against the Sapiegas. Peter I weighed up the proposal carefully: he wanted all the Republic of the Two Nations to join the war, and not just one group of noblemen. It was decided at the meeting to extend the Russian-Saxon treaty directed against the Swedes, in which Augustus II was promised financial and military support from Russia. But that was not the most important thing.

The meeting was important to the Lithuanians, because by helping Augustus II, direct contact was established between Russia and the Lithuanian nobles who were enemies of the Sapiegas. A secret agreement was signed between the tsar and the ruler of the Republic of the Two Nations: Augustus was to receive money to buy off the most important senators of the Republic. He was playing a dangerous game. So far, he had acted as a mediator between his nobles and the tsar. But after the meeting in Biržai, Russian influence in Lithuania grew rapidly. In 1715, unhappy with the policies of Augustus, the nobles of the Republic of the Two Nations revolted, and Augustus had to ask the tsar for help to resolve the conflict.